The Three Hundred Aragvians (Georgian :სამასი არაგველი, translit.:samasi aragveli) is the name by which the Georgian historiography refers to a detachment of the highlanders from the Aragvi valley who fought the last stand at the battle of Krtsanisi, defending Tbilisi against the invading Qajar army in 1795. The Georgian Orthodox Church had the 300 Aragvians and those who fought and died in the battle canonized as martyrs in 2008.

The 300 Aragvians were part of the contingent raised from the highland districts on the Aragvi river which saw action under Prince Royal Vakhtang of Georgia, on the approaches of the Georgian capital of Tbilisi, on 11 September 1795. The heavy fighting, unfolding in the fields of Krtsanisi and continuing in the streets of Tbilisi, saw the defeat of the aging and hopelessly outnumbered Georgian king Heraclius II at the hands of the Persian army led by Agha Muhammad Khan, and the sack of the capital. According to the Georgian accounts, the Aragvians had pledged themselves to fight to the death and stayed true to their oath. Most of them were killed, fighting the last stand at Tbilisi and giving Heraclius a means of retreat. [1] [2]

The 300 Aragvian soldiers were first eulogized in his history by Prince Royal Teimuraz, himself a teenage participant of the 1795 events. The leading figures of the Georgian literature of the 19th and 20th centuries, such as Grigol Orbeliani, Ilia Chavchavadze, Iakob Gogebashvili, Vazha-Pshavela, Galaktion Tabidze, and Lado Asatiani, paid tribute to their memory and helped establish their standing as national heroes. [3]

A monument to the 300 Aragvians, authored by A. Bakradze, was erected in 1959 at the place where remnants of the graves of those who died in 1795 were unearthed. A nearby park and a bridge over the Mtkvari bear the name of the 300 Aragvians [4] and a Tbilisi Metro station opened in 1967 was also named in their honor. [5] On 27 June 2008, the Holy Synod of the Georgian Orthodox Church presided by Catholicos-Patriarch Ilia II canonized the "300 Aragvians, clergy, and laymen perished in the battle of Krtsanisi of 1795" as "holy martyrs", setting 11 September (NS: 24 September) as the day of their commemoration. [6] 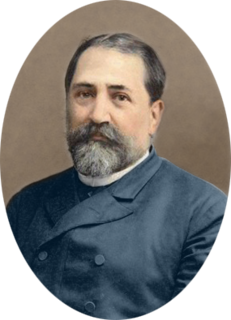 Prince Ilia Chavchavadze was a Georgian writer, political figure, poet, and publisher who spearheaded the revival of the Georgian national movement in the second half of the 19th century, during the Russian rule of Georgia. He is Georgia's "most universally revered hero."

Ilia II, also transliterated as Ilya or Elijah, is the current Catholicos-Patriarch of All Georgia and the spiritual leader of the Georgian Orthodox Church. He is officially styled as Catholicos-Patriarch of All Georgia, the Archbishop of Mtskheta-Tbilisi and Metropolitan Bishop of Bichvinta and Tskhum-Abkhazia, His Holiness and Beatitude Ilia II. 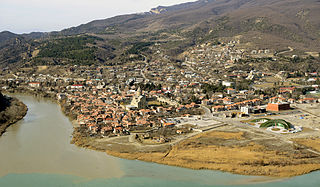 Mtskheta is a city in Mtskheta-Mtianeti province of Georgia. One of the oldest cities of Georgia and its former capital, it is located approximately 20 kilometres north of Tbilisi, at the confluence of the Mtkvari and Aragvi rivers. Currently a small provincial capital, for nearly a millennium until the 5th century AD, Mtskheta was large fortified city, a significant economical and political centre of the Kingdom of Iberia. 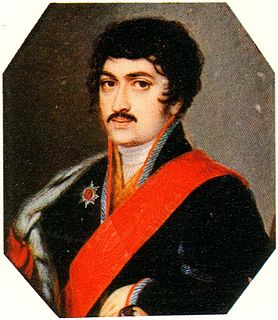 Teimuraz Bagrationi otherwise known as Tsarevich Teimuraz Georgievich was a Georgian royal prince (batonishvili) and scholar primarily known as an author of the first critical history in Georgian as well as for his work to popularize interest in the history and culture of Georgia and preserve its treasures. 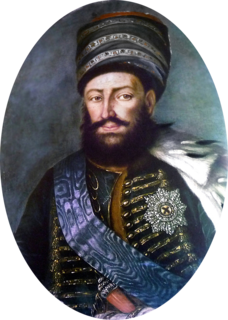 Heraclius II, also known as Erekle II and The Little Kakhetian, was a Georgian monarch of the Bagrationi dynasty, reigning as the king of Kakheti from 1744 to 1762, and of Kartli and Kakheti from 1762 until 1798. In the contemporary Persian sources he is referred to as Erekli Khan, while Russians knew him as Irakly (Ираклий). His name is frequently transliterated in a Latinized form Heraclius because both names Erekle and Irakli are Georgian versions of this Greek name. 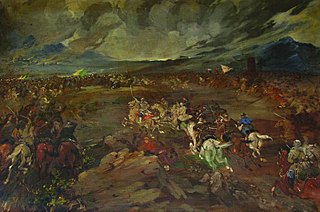 The Battle of Krtsanisi was fought between the Qajars of Iran and the Georgian armies of the Kingdom of Kartli-Kakheti and Kingdom of Imereti at the place of Krtsanisi near Tbilisi, Georgia, from September 8 to September 11, 1795, as part of Agha Mohammad Khan Qajar's war in response to King Heraclius II of Georgia’s alliance with the Russian Empire. The battle resulted in the decisive defeat of the Georgians, capture, and complete destruction of their capital Tbilisi, as well as the temporary absorption of eastern parts of Georgia into the Iranian Empire. 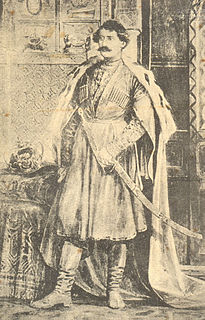 Solomon II, of the Bagrationi Dynasty, was the last King of Imereti from 1789 to 1790 and from 1792 until his deposition by the Imperial Russian government in 1810. 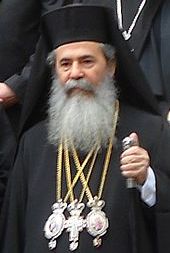 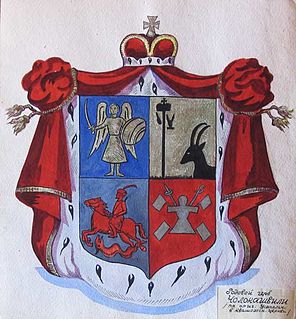 The Cholokashvili is a former noble family in Georgia. It claimed an exotic foreign lineage and first appeared in the eastern Georgian province, and later kingdom, of Kakheti in 1320. They were enfeoffed of the office of Prince-Master of the Palace of Kakheti and produced several notable members from the 16th century into the 20th.

The canonization of the Romanovs was the elevation to sainthood of the last Imperial Family of Russia – Tsar Nicholas II, his wife Tsarina Alexandra, and their five children Olga, Tatiana, Maria, Anastasia, and Alexei – by the Russian Orthodox Church. The family was killed by the Bolsheviks on 17 July 1918 at the Ipatiev House in Yekaterinburg; the site of their execution is now beneath the altar of the Church on Blood. They are variously designated as new martyrs by the Russian Orthodox Church Abroad and as passion bearers by the church inside Russia. 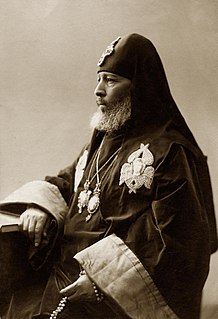 Norashen is a non-functioning Armenian Apostolic church in Tbilisi, Georgia. It is located in the old town, near Sioni Cathedral and Jvaris Mama Church.

300 "Samasi" Aragveli is a station of the Tbilisi Metro on the Akhmeteli–Varketili Line. It is named after 300 soldiers from the Aragvi valley who died defending Tbilisi against the Persian army, at the battle of Krtsanisi in 1795.

Vakhtang also known as Almaskhan (ალმასხანი) was a Georgian prince royal (batonishvili) of the Bagrationi dynasty, born to King Heraclius II and Queen Darejan Dadiani. He distinguished himself in the war with Iran in 1795 and was then active in opposition to his half-brother George XII of Georgia and the newly established Russian administration in Georgia. In 1802 he surrendered to the Russian authorities and spent the rest of his life in St. Petersburg, working on an overview of Georgia's history. In Russia he was known as the tsarevich Vakhtang Irakliyevich Gruzinsky.

Anton II the Great Martyr, born Prince Royal Teimuraz, was a member of the Georgian royal family and churchman. A son of Heraclius II, the penultimate King of Kartli and Kakheti, he was the Catholicos Patriarch of Georgia from 1788 to 1811.

New Martyrs and Confessors of Russian Church is group of saints of Russian orthodox church martyred or persecuted for Christ after the October Revolution of 1917.

Shio Mujiri, born Elizbar Mujiri, is a Georgian Orthodox hierarch who became bishop of Senaki and Chkhorotsku in 2003 and Patriarchal locum tenens in 2017.

Dositheus was a hierarch of the Georgian Orthodox Church and Archbishop of Tbilisi canonized as a martyr for his death at the hands of the Iranian soldiers in 1795.