Rocky Islets are part of the Three Islands National Park in Far North Queensland, Australia, in the Coral Sea, 1605 km northwest of Brisbane.

The islands are important and protected seabird nesting sites. Access to the Rocky Islets is prohibited, and camping is only permitted on Two Islands (a) — between 1 April and 31 August. A maximum of 10 people for up to 14 days is permitted.

The Great Barrier Reef Marine Park protects a large part of Australia's Great Barrier Reef from damaging activities. It is a vast multiple-use Marine Park which supports a wide range of uses, including commercial marine tourism, fishing, ports and shipping, recreation, scientific research and Indigenous traditional use. Fishing and the removal of artefacts or wildlife is strictly regulated, and commercial shipping traffic must stick to certain specific defined shipping routes that avoid the most sensitive areas of the park. The Great Barrier Reef is the largest and best known coral reef ecosystem in the world. Its reefs, almost 3000 in total, represent about 10 per cent of all the coral reef areas in the world. It supports an amazing variety of biodiversity, providing a home to thousands of coral and other invertebrate species, bony fish, sharks, rays, marine mammals, marine turtles, sea snakes, as well as algae and other marine plants.

Rocky Island is an island in Walsh Bay just south of the Archer Point Light about 25 km south-east of Cooktown in the Australian state of Queensland. A lighthouse on the island, now disused, served as a lead, together with Archer Point Light, between Hope Islands and the mainland to the south, and between some reefs and the mainland to the north. It is around 6 hectares or 0.06 square km in size.

Low Wooded Island is the name of an island 30 km south-east of Cape Flattery in the Great Barrier Reef Marine Park Authority and within the Three Islands National Park. The island is an important seabird nesting site. It is around 45 hectares or 0.45 square km in size.

Eagle Island is in a national park in Queensland, Australia, 692 km north-west of Brisbane. The island is part of the Lizard Island Group and is south of Lizard Island situated 270 km north of Cairns, Queensland.

Bootie Island is a small island in far north Queensland, Australia 18 km (11 mi) northeast of Cape Grenville in the Great Barrier Reef Marine Park. It is part of the Cockburn Islands Group. It is around 2 hectares or 0.02 square km in size.

Saunders Islet is a small island in the Northern part of Shelburne Bay in far north Queensland, Australia about 30 km north of Cape Grenville, Cape York Peninsula in the Great Barrier Reef Marine Park. It is 11 hectares or 0.11 square km in size.

Wallace Islet is a small island in the Boydong cays, Shelburne Bay in far north Queensland, Australia about 100 km north of Cape Grenville, Cape York Peninsula in the Great Barrier Reef Marine Park Queensland, Australia. It is around 4 hectares or 0.04 square km in size.

Wharton Reef Light is an inactive lighthouse which used to be located on Wharton Reef in Princess Charlotte Bay off the Cape York Peninsula, Queensland, Australia. When it was deactivated in 1990 it was donated to the Townsville Maritime Museum and it is now on display near the museum. It is the only survivor of a series of twenty automatic lighthouses installed in Queensland during the "Golden Age of Australian Lighthouses" from 1913 to the early 1920s. 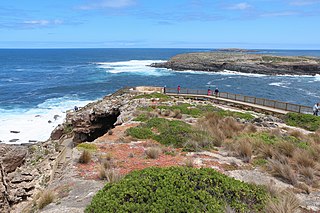