Three Lakes Jr. High & High School, is a public Jr. and Sr. High School for grades 7-12, but the school also contains an Elementary School for K-6. There are approximately 250-280 students in the student body. The principal is Gene Welheofer and the district administrator is Teri Maney. The mission statement of the school is "Teaching Students to be Productive Citizens".

Three Lakes offers a variety of different extra curricular activities, from sports to arts to sciences. There are a number of different sports that students can participate in, which include:

Students who choose not to partake in the athletic activities choose to be sports managers, or get involved in other extracurriculars such as concert band, choir, forensic speechreading, drama, trap shooting, arts, or sciences.

Band & Choir typically have 3-4 concerts per year, and offer many instrumental options in band. Three Lakes School usually hosts the district's WSMA Large Group Festival each year, which is a large music festival in which all of the schools in the District prepare pieces and perform for individual benefit for different judges. They are then individually scored and placed at a 1st, 2nd, or 3rd, based on performance. Three Lakes also is very active in Solo & Ensemble, where students can prepares pieces alone, or as duets or groups. They then perform at the district level first, then may advance to the state level based on the judges scores.

The drama department usually holds 1-3 performances per year, or one each semester. The performances can range from plays to musicals, some being well known, like The Princess Bride and Alice in Wonderland, and some smaller productions such as Stranded. Forensics is another activity many students enjoy and partake in, which deals with speeches, story telling, and public speaking. Trap shooting is a fairly new team that many Northwoods students enjoy which is competitive. [2]

One of the newest additions to the school. Fabrication Laboratories (Fab Lab) come from the Massachusetts Institute of Technology (MIT), the Center for Bits and Atoms (CBA). MIT's Center for Bits and Atoms is an interdisciplinary initiative exploring the boundary between computer science and physical science. CBA studies how to turn data into things, and things into data. [3]

Neil Adam Gershenfeld is an American professor at MIT and the director of MIT's Center for Bits and Atoms, a sister lab to the MIT Media Lab. His research studies are predominantly focused in interdisciplinary studies involving physics and computer science, in such fields as quantum computing, nanotechnology, and personal fabrication. Gershenfeld attended Swarthmore College, where he graduated in 1981 with a B.A. degree in physics with high honors, and Cornell University, where he earned his Ph.D.in physics in 1990. He is a Fellow of the American Physical Society. Scientific American has named Gershenfeld one of their "Scientific American 50" for 2004 and has also named him Communications Research Leader of the Year. Gershenfeld is also known for releasing the Great Invention Kit in 2008, a construction set that users can manipulate to create various objects.

Marymount School of New York is a college preparatory, independent, Catholic day school for girls located on the Upper East Side of Manhattan. It was founded by Mother Marie Joseph Butler in 1926 as part of a network of schools directed by the Religious of the Sacred Heart of Mary. The school enrolls students in Nursery through Class XII. Marymount's mission statement reads:

"Marymount School is an independent, Catholic day school that seeks to educate young women who continue to question, risk, and grow—young women who care, serve, and lead—young women prepared to challenge, shape, and change the world."

Lorain County Community College (LCCC) is a public community college in the city of Elyria in Lorain County, Ohio, with learning centers in Wellington, North Ridgeville, and Lorain. In addition to a variety of associate degrees and certificates, students can earn bachelor's and master's degrees on campus through universities with the University Partnership.

The John D. O'Bryant School of Mathematics and Science, formerly known as Boston Technical High School is a college preparatory public exam school along with Boston Latin School and Boston Latin Academy. O’Bryant specializes in science, technology, engineering and mathematics ("STEM") in the city of Boston, Massachusetts, and is named for one of Boston's prominent African-American educators John D. O'Bryant. The school is currently located on 55 Malcolm X Boulevard in the neighborhood of Roxbury, Massachusetts. With a student body of 1,500 7th–12th graders, this school is part of the Boston Public Schools. The school was named a 2010 Blue Ribbon School of Excellence, the US Department of Education's highest award. In 2014 the school was awarded Gold by the US News Best High School Ranking, indicating that it is one of the top public high schools in the country.

The Institute for Advanced Architecture of Catalonia also known as IAAC, is an educational and research centre dedicated to the development of an architecture capable of meeting the worldwide challenges in the construction of habitability in the early 21st century.

Fab Lab Barcelona is a centre of production, investigation and education, that uses last generation computer-assisted design software for the creation of prototypes and scale models for Architecture, Construction, Industrial Design and any activity that needs the connection to a computer to manipulate materials according to digital instructions.

The mobile fab lab is a computer-controlled design and machining fab lab housed in a trailer. The first was built in August 2007 by the Center for Bits and Atoms at the Massachusetts Institute of Technology. The mobile lab includes the same computer-controlled fabrication machines found in fab labs worldwide.

A hackerspace is a community-operated, often "not for profit", workspace where people with common interests, such as computers, machining, technology, science, digital art, or electronic art, can meet, socialize, and collaborate. Hackerspaces are comparable to other community-operated spaces with similar aims and mechanisms such as Fab Lab, men's sheds, and commercial "for-profit" companies.

The Center for Bits and Atoms (CBA) was established in 2001 in the MIT Media Lab at the Massachusetts Institute of Technology. It is currently run by Neil Gershenfeld. This cross-disciplinary center broadly looks at the intersection of information to its physical representation. 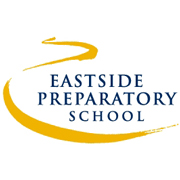 Eastside Preparatory School is an independent school for upper and middle school students. It is located in Kirkland, Washington, US. It is a secular, coed, college-preparatory school for grades 5–12. The Head of School is Dr. Terry Macaluso. The school's mission is to "Guide students to think critically, act responsibly, lead compassionately, and innovate wisely."

Fab Lab MSI - The Fab lab MSI is a small scale workshop that uses various machines to create both prototypes for individuals and small projects for museum members and visitors. The idea behind the Fab Lab is to be able to learn how to use various machines to build "almost anything".

The Anteater Recreation Center (ARC) is an 89,000-square-foot (8,300 m2) indoor gym facility that is part of campus recreation at the University of California, Irvine (UCI); the anteater is the mascot of the UC Irvine athletics team. It is open to all UCI students, faculty and staff members, alumni, and other university affiliates, including spouses.

Barron High School is a public high school located in Barron, Wisconsin. It serves students in groups 9 through 12 and has a student body of 424 students as of the 2018-2019 school year. BHS' athletic teams are known as the Golden Bears.

Darunsikkhalai School for Innovative Learning is a bilingual school located in King Mongkut's University of Technology Thonburi. DSIL is Thailand’s first school that follows the Constructionism Theory as the school curriculum. DSIL was founded in 1997 and has a variety of connections to educational institutions, such as Stanford University, Massachusetts Institute of Technology (MIT), etc. to keep the school innovative and moving forward. 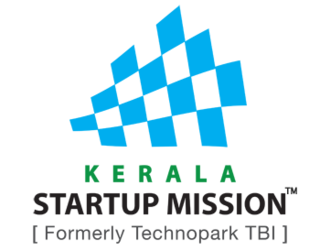 Kerala Startup Mission is the central agency of the Government of Kerala for entrepreneurship development and incubation activities in Kerala, India. KSUM was primarily founded to undertake the planning, establishment, and management of the Technology Business Incubator (TBI), a startup accelerator in Kerala, to promote technology-based entrepreneurship activities, and to create the infrastructure and environment required to support high-technology-based businesses.