Andy Milonakis, Dirt Nasty, and Riff Raff are alumni of the American cable network MTV. [4] Andy Milonakis had a sketch comedy show on MTV titled The Andy Milonakis Show from 2005 to 2007. Dirt Nasty was a video jockey (VJ) on MTV during the mid-1990s. Riff Raff was a contestant on the second season of the MTV reality show From G's to Gents , before being booted out during the second episode. In an e-mail interview with Earmilk, both Andy Milonakis and Riff Raff expressed hope for a television series and a feature film in the future featuring the Three Loco trio. [1] On September 26, 2014 Andy Milonakis confirmed via Twitter that the group had broken up. [5]

The trio reunited in 2020 for the track "Arrogant American Freestyle." [6]

Their eponymous debut album ¡Three Loco! was released by Mad Decent on November 27, 2012. [7] A three-song sampler has been released by Mad Decent imprint Jeffree's on 14 August 2012 as a teaser for the album. [8] The sampler includes the songs: "We Are Farmers" (feat. Diplo) (prod. Derek "DJA" Allen), "NEATO" (prod. Nik Nikateen), "Jump Rope" (feat. Porcelain Black) (prod. Rich Skillz) The album is slated to feature both hip-hop and electro house beats, with further guest vocals provided by Diplo. [9]

The song "We Are Farmers", originally released in January 2012, [9] samples the Farmers Insurance Group jingle. However, the reworked version of the song was officially released on August 13, 2012 and features a guest rap from Diplo, marking Diplo's official rap debut. [7] The accompanying music video was directed by longtime Dirt Nasty friend and collaborator Nicholaus Goossen. The music video was removed from YouTube after the group received a cease and desist letter from Farmers Insurance Group.

The song "Jump Rope" was released on April 13, 2012 and features guest vocals by industrial pop singer Porcelain Black. According to an e-mail interview with Earmilk, Andy Milonakis stated that the song samples a song by Shelley Duvall from the 1980 film Popeye. [1]

On November 12, 2012, after reportedly six months of delays on the part of their label, Andy Milonakis released another single off of their EP called "Bong Hits." [12]

¡Three Loco! is the debut EP. The tracks "We Are Llamas" and "Jump Rope" featuring Porcelain Black were originally meant for the EP but were scrapped due to legal issues with the samples. 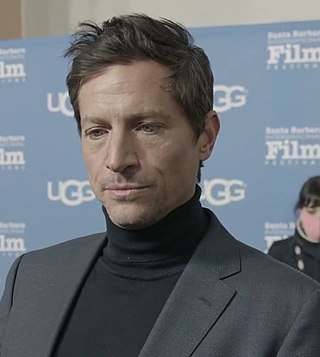 Simon Rex Cutright, is an American actor, rapper, comedian, and former model. Rising to fame as an MTV VJ, Rex later became an actor known for What I Like About You, starring in three films of the Scary Movie franchise, and National Lampoon's Pledge This!. He later developed a rap persona, Dirt Nasty, and had several solo albums and co-founded the hip-hop group Three Loco. In 2021, he received critical acclaim for his lead role in Sean Baker's drama film Red Rocket, winning the Independent Spirit Award for Best Male Lead. 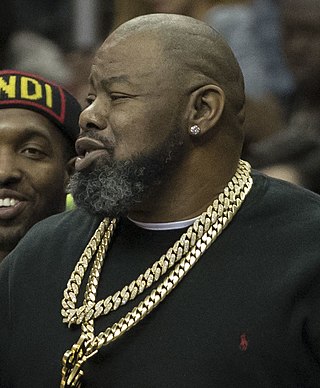 Marcel Theo Hall, known professionally as Biz Markie, was an American rapper, singer, songwriter, DJ, and record producer. Markie was best known for his 1989 single "Just a Friend", which became a Top 40 hit in several countries and was named No. 100 on VH1's list of the 100 greatest hip-hop songs of all time in 2008. Markie was sometimes referred to as the "Clown Prince of Hip Hop".

Mike Clattenburg is a Canadian television and film director, producer and screenwriter. He is best known as creator, executive producer, writer and director of the TV comedy series Trailer Park Boys (2001–2008), for his work with This Hour Has 22 Minutes (2004), and as the co-creator of the Adult Swim series Black Jesus (2014–2019).

Andrew Michael Milonakis is an American comedian, actor, rapper, and internet personality. He is best known for his work on The Andy Milonakis Show, a sketch comedy series that aired on MTV and MTV2 from 2005 to 2007. Other notable films and TV series Milonakis has appeared in include Kroll Show, Waiting... and Adventure Time.

Cisco Sam Adler is an American musician and record producer. 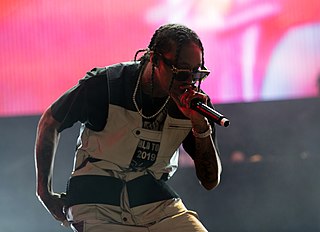 The discography of American rapper Tyga consists of seven studio albums, three compilation albums, twenty mixtapes, sixty-seven singles and forty-six music videos. In 2008, Tyga released his first studio album, No Introduction, on the record label Decaydance Records. The album included the single "Coconut Juice", the song peaked at number 94 on the US Billboard Hot 100, becoming Tyga's first song to appear on the chart. In 2010, Tyga and Virginia singer Chris Brown released the collaborative mixtape Fan of a Fan (2010), which included their hit single "Deuces": the song peaked at number 14 on the Billboard Hot 100 and became Tyga's first song to chart on the US Hot R&B/Hip-Hop Songs chart, peaking at number one. 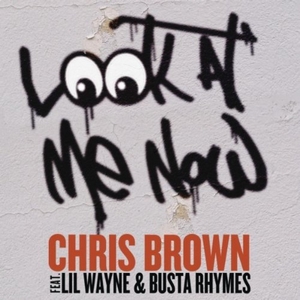 "Look at Me Now" is a song by American singer and rapper Chris Brown featuring fellow American rappers Lil Wayne and Busta Rhymes released as the second single from Brown's fourth studio album F.A.M.E. on February 1, 2011. The artists co-wrote the song with its producers Afrojack, Diplo, and Free School, with additional writing from Ryan Buendia. Musically, "Look at Me Now" is a "dirty south–inspired" hip hop song that features "thumping bass, spacy synth and horn jam sounds."

"Till I Die" is a song by American singer Chris Brown featuring American rappers Big Sean and Wiz Khalifa. It was written by the artists alongside Marcella Araica and producer Danja. "Till I Die" was released digitally on April 13, 2012, as the third single from Brown's fifth studio album, Fortune (2012). It was sent to rhythmic contemporary radio in the United States on May 1, 2012. "Till I Die" is an uptempo hip hop song that displays elements of electro music and features military drumbeats, R&B synths and "arcade-game blips". The song contains lyrics about women, smoking weed, partying in the club and living the good life. 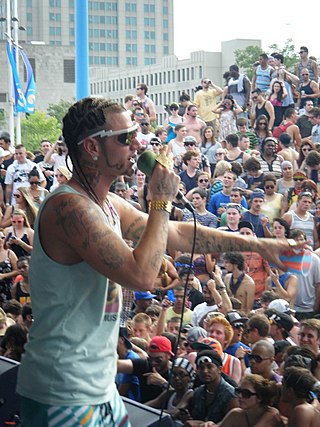 Reincarnated is the twelfth studio album by American recording artist Snoop Dogg. It is his first and so far only release under his reggae persona Snoop Lion. The album was released on April 23, 2013, under Berhane Sound System and RCA Records. The album is his departure from hip hop and his debut in the reggae genre. The album's production was handled mainly by Diplo and his group Major Lazer.

"Like Whaaat" is a song by American hip hop recording artist Problem, released on February 12, 2013 as a single, which was included on various mixtapes such as The Separation and later on his debut retail EP Understand Me. The song, produced by League of Starz, features a guest appearance from frequent collaborator Bad Lucc of Dubb Union. The song has since peaked at number 20 on the Billboard Bubbling Under Hot 100 Singles.

"The Illest" is a song by American hip hop group Far East Movement. The song was co-written and produced by Norwegian music producer and songwriter Axident and Wallpaper. aka Ricky Reed, and features a guest appearance from American rapper Riff Raff. It was released digitally as a single on July 2, 2013 and has since peaked at number 18 on the US Billboard Hot Rap Songs. "The Illest" was featured as a bonus track and a single from the 2013 Special Edition release of their fourth studio album Dirty Bass. 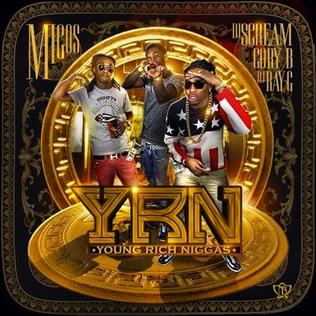 Y.R.N. is the third mixtape by American hip hop group Migos. It was released on June 13, 2013. The album features notable guest appearances from rappers Gucci Mane, Trinidad James, Riff Raff and Soulja Boy. This mixtape is notable for the single "Versace", the single reached number 99 on the US Billboard Hot 100 chart, number 31 on the US Hot R&B/Hip-Hop Songs chart, number 23 on the US Hot Rap Songs chart and number 11 on the US Top Heatseekers chart. "Versace" was placed in multiple year-end lists of 2013. Diplo included it in his 2013 round-up set on BBC Radio 1. XXL named it one of the top five hip hop songs of 2013. The official music video, directed by Gabriel Hart, was released on September 30, 2013. It shows Migos and Zaytoven at a luxurious mansion, wearing Versace clothes and accessories. The video also features a snippet of Migos second single off the mixtape "Hannah Montana". As of April 2021, it has gained over 36 million views on YouTube. Y.R.N. later reached number 74 on the US Top R&B/Hip-Hop Albums chart, their first mixtape to do so on the Billboard charts. The mixtape was premiered on LiveMixtapes.com, on 06/13/2013 and has over 7 million views and 500,000 downloads. Offset only appears on some of the tracks, he was incarcerated in 2013 when Y.R.N. came out.

"R.I.P." is a song by American rapper Young Jeezy, released as the second single from his twelfth mixtape It's Tha World (2012). It features vocals from fellow rapper 2 Chainz and was produced by record producer DJ Mustard, who helped to write the song with Young Jeezy and 2 Chainz. 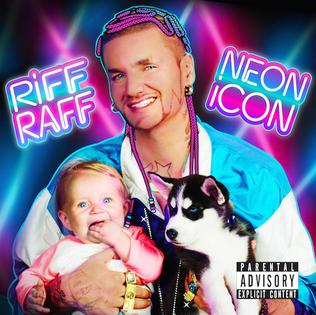 Neon Icon is the debut studio album by American rapper Riff Raff. It was released on June 24, 2014, by Mad Decent. The album, which features Childish Gambino, Mac Miller, Paul Wall, Amber Coffman, Mike Posner, and Slim Thug, was produced by DJA, Larry Fisherman, DJ Mustard, Raf Riley, Harry Fraud, and executive producer Diplo. Neon Icon was supported by singles "How to Be the Man" and "Tip Toe Wing in My Jawwdinz".