Three Oaks may refer to:

Disambiguation page providing links to topics that could be referred to by the same search term
This disambiguation page lists articles about distinct geographical locations with the same name.
If an internal link led you here, you may wish to change the link to point directly to the intended article.

Clayton may refer to:

Brighton and Hove is a city and unitary authority in East Sussex, England. It consists primarily of the settlements of Brighton and Hove, alongside neighbouring villages.

Redford may refer to:

Battle is a small town and civil parish in the local government district of Rother in East Sussex, England. It lies 50 miles (80 km) south-east of London, 30 miles (50 km) east of Brighton and 20 miles (30 km) east of Lewes. Hastings is to the south-east and Bexhill-on-Sea to the south. Battle is in the designated High Weald Area of Outstanding Natural Beauty, and is a tourist destination and commuter town for white collar workers in the City of London. The parish population was 6,048 according to the 2001 census, increasing to 6,673 with the 2011 Census.

The King's School may refer to:

Three Oaks railway station serves the village of Three Oaks in East Sussex, England. It is on the Marshlink Line, and train services are provided by Southern. It was originally known as Three Oaks & Guestling. 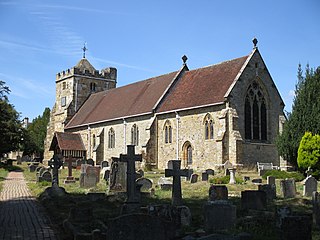 Newick is a village, civil parish and electoral ward in the Lewes District of East Sussex, England. It is located on the A272 road six miles (10 km) east of Haywards Heath.

Mile Oak Football Club are a football club based in the Mile Oak district of Hove, England. They were established in 1960 and joined the Sussex County League in 1987. In the 2005–06 season, they reached the 2nd round of the FA Vase. They are currently members of the Southern Combination Division One and play at Chalky Road. 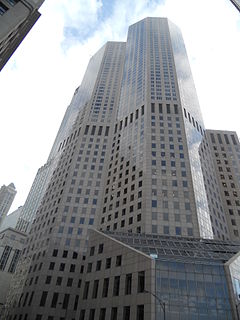 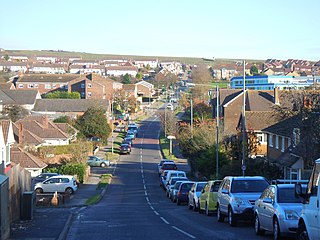 Mile Oak is a locality forming the northern part of the former parish of Portslade in the northwest corner of the city of Brighton and Hove, England. Now mostly residential, but originally an area of good-quality agricultural land, it covers the area north of Portslade village as far as the urban boundary.

The A264 is an east–west road in southern England that runs from Pembury in west Kent to Five Oaks in West Sussex.

Broad Oak or Broadoak may refer to one of several places in Great Britain or the United States:

Four Oaks may refer to the following places: 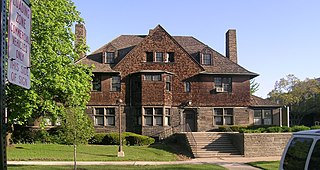 The Charles Lang Freer House is located at 71 East Ferry Avenue in Detroit, Michigan, USA. The house was originally built for the industrialist and art collector Charles Lang Freer, whose gift of the Freer Gallery of Art began the Smithsonian Institution in Washington, DC. The structure currently hosts the Merrill Palmer Skillman Institute of Child & Family Development of Wayne State University. It was designated a Michigan State Historic Site in 1970 and listed on the National Register of Historic Places in 1971. 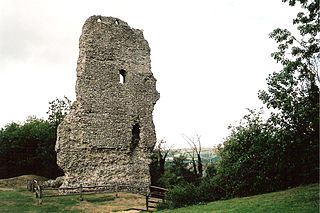 The Rape of Bramber is one of the rapes, the traditional sub-divisions unique to the historic county of Sussex in England. It is the smallest Sussex rape by area. Bramber is a former barony whose original seat was the castle of Bramber and its village, overlooking the river Adur.

Brighton School may refer to: