The film depicts three sisters (aged between four and ten years old) living in a small village near the Sino-Burmese border. They have been abandoned by their mother while their father seeks work in a nearby city.

The film received the Orizzonti Award at the 69th Venice International Film Festival, where it premiered. 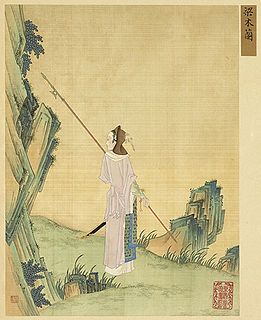 Hua Mulan was a female warrior from the Northern and Southern dynasties era of Chinese history. According to the legend, Mulan takes her aged father's place in the conscription for the army by disguising herself as a man. After prolonged and distinguished military service against nomadic hordes beyond the northern frontier, Mulan is honored by the emperor but declines a position of high office. She retires to her hometown, where she is reunited with her family and reveals her gender, much to the astonishment of her comrades. 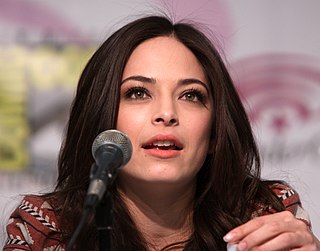 Kristin Laura Kreuk is a Canadian actress. Debuting on Canadian teen drama Edgemont, she became most known for her roles as Lana Lang in the superhero television series Smallville (2001–2011), also as Catherine Chandler-Keller in The CW sci-fi series Beauty & the Beast (2012–2016) and as Joanna Hanley in the CBC legal drama series Burden of Truth. 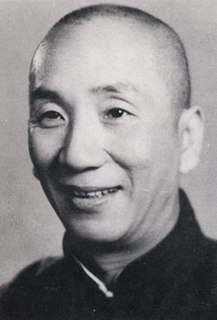 Ip Man, also known as Yip Man, was a Hong Kong martial artist and a grandmaster of the martial art Wing Chun. He had several students who later became martial arts masters in their own right, the most famous among them being Bruce Lee.

Three Sisters may refer to:

The Two Qiaos of Jiangdong were two sisters of the Qiao family who lived during the late Eastern Han dynasty of China.

Rae Dawn Chong is a Canadian-American actress best known for her roles in the films Quest for Fire (1981), Beat Street (1984), The Color Purple and Commando, Boulevard (1994) and Time Runner (1993). She is the daughter of comedian and actor Tommy Chong.

Memoirs of a Geisha is a 2005 American epic drama film based on the 1997 novel of the same name by Arthur Golden, produced by Steven Spielberg and Douglas Wick. Directed by Rob Marshall, the film was released in the United States on December 9, 2005, by Columbia Pictures and DreamWorks Pictures, with the latter receiving studio credit only. 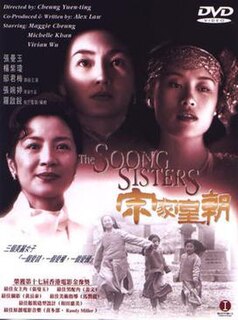 The Soong Sisters is a 1997 Hong Kong historical drama film based on the lives of the Soong sisters from 1911 to 1949. The three sisters married the most important historical figures – Sun Yat-sen, Chiang Kai-shek and K'ung Hsiang-hsi – in the founding of the Republic of China, making their family the focal point of every major decision made in modern Chinese history. Directed by Mabel Cheung, the film starred Maggie Cheung, Michelle Yeoh and Vivian Wu as the sisters. It was written by Mabel Cheung's husband Alex Law, they frequently collaborate.

China Anne McClain is an American actress and singer. McClain's career began when she was seven years old, portraying Alexis in the film The Gospel (2005), and then China James in Daddy's Little Girls (2007). She became nationally known for starring as Jazmine Payne in the television series Tyler Perry's House of Payne (2007–present) and as Charlotte McKenzie in the film Grown Ups (2010); and became internationally known and is best known for starring as Chyna Parks in the Disney Channel television series A.N.T. Farm (2011–2014), and as Uma in the Disney Channel films Descendants 2 (2017) and Descendants 3 (2019).

Two Stage Sisters is a 1964 Chinese drama film produced by Shanghai Tianma Film Studio and directed by Xie Jin, starring Xie Fang and Cao Yindi. Made just before the Cultural Revolution, it tells the story of two female Yue opera practitioners from the same troupe who end up taking very different paths in their lives: "one succumbs to bourgeois affluence and privilege, while the other finds inspiration and fulfilment in the social commitment associated with the May Fourth movement and the thought of Lu Xun.” The film documents their journey through abusive feudal conditions in the countryside before achieving success and prestige on the stage, meanwhile historically following Shanghai's experience under Japanese and KMT rule. This original screenplay depicts the socio-political changes encompassing China from 1935-1950 through the theatrical world of Shaoxing, and accordingly mixes both a Chinese aesthetic with Hollywood and socialist realist forms. The main protagonist is said to be based on the life of Xie Jin's friend and opera-veteran Yuan Xuefen.

Thriii is an American girl group that was formed in 2005. The group consists of sisters China Anne McClain, Sierra McClain, and Lauryn McClain. The group was formed in 2005 as the 3mcclaingirls. All three sisters starred in the film Daddy's Little Girls (2007), for which they released the single "Daddy's Girl". They signed with Hollywood Records in 2011 under the moniker the McClain Sisters. Their first notable performance was at the 2011 Disney Parks Christmas Day Parade. They released their first song "Rise" in March 2012 for the Disneynature film Chimpanzee, and that same month the group was the opening act for Big Time Rush on their Better with U Tour in Houston. The next month they performed at the 2012 White House Easter Egg Roll. In November of that year, they performed their debut single "Go" and released it shortly after performing the song on A.N.T. Farm.

A Tale of Three Cities is a 2015 Chinese-Hong Kong war romance film directed by Mabel Cheung. The film is about the real love story of two people who met in Wuhu during the Second Sino-Japanese War in the 1930s, separated in Shanghai during the Chinese Civil War in the 1940s, and finally reunited in Hong Kong in the 1950s while their children from previous marriages were left behind in mainland China. Jackie Chan reportedly "cried and cried, until the end of the film" when he watched the film by himself.

Your Name. is a 2016 Japanese animated romantic fantasy film written and directed by Makoto Shinkai, and produced by CoMix Wave Films. It was produced by Kōichirō Itō and Katsuhiro Takei, with animation direction by Masashi Ando, character designs by Masayoshi Tanaka, and music composed by Radwimps. Your Name tells the story of a high school boy in Tokyo and a high school girl in a rural town, who suddenly and inexplicably begin to swap bodies. The film stars the voices of Ryunosuke Kamiki, Mone Kamishiraishi, Masami Nagasawa and Etsuko Ichihara. Shinkai's eponymous novel was published a month before the film's premiere.