Three Tuns (also Three Tons) is an unincorporated community located in Montgomery County, Pennsylvania, in the United States. The community is in Upper Dublin Township, 2 miles (3.2 km) northeast of the Borough of Ambler and 3 miles (4.8 km) west of Horsham.

The village of Three Tons is situated in a fine fertile section of country, at the intersection of Norristown Rd and Butler Pike, the latter being turnpiked to Ambler, two and a half miles distant. It contains a store, hotel, school-house, several mechanic shops and five or six houses. The post-office was established here in 1858; T. G. Torbert, postmaster. The Union Library of Upper Dublin is kept here, over the store of E. T. Comly, and now contains about two thousand volumes. It was incorporated May 25, 1840; E. T. Comly, treasurer, and Ellie Teas, secretary and librarian. The Upper Dublin Horse Company, organized many years ago, holds its annual meetings here. Recent researches establish the fact that before 1722 a well traveled path led from Edward Farmar's mill, in Whitemarsh, through this place, to Richard Saunders' ferry, on the Neshaminy (now the village of Bridge Point, three miles south of Doylestown). [1] 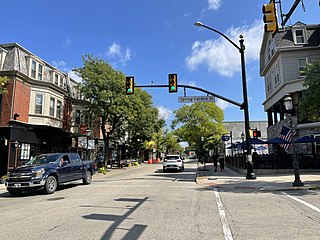 Ambler is a borough in Montgomery County, Pennsylvania, in the United States. It is located approximately 16 miles (26 km) north of the city center of Philadelphia, Pennsylvania. 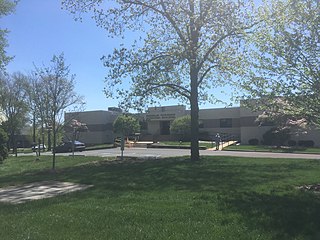 Horsham Township is a home rule municipality in Montgomery County, Pennsylvania, United States, 10 miles north of downtown Philadelphia. The township, incorporated in 1717, is one of the oldest original municipalities in Montgomery County. Although it retains the word "Township" in its official name, it has been governed by a Home Rule Charter since 1975 and is therefore not subject to the Pennsylvania Township Code. The population was 26,147 at the 2010 census.

Plymouth Meeting is a census-designated place (CDP) that straddles Plymouth and Whitemarsh Townships in Montgomery County, Pennsylvania, United States. The settlement was founded in 1686. 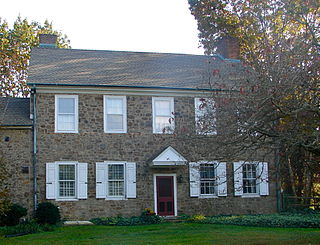 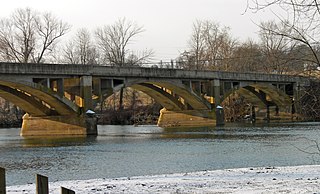 Upper Providence Township is a township in Montgomery County, Pennsylvania, United States. As of the 2010 census, the township population was 21,219. 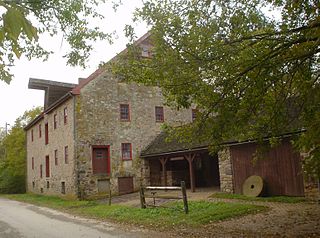 Whitemarsh Township is a Home rule municipality in Montgomery County, Pennsylvania, USA. However, it retains its former classification of "Township" in its official name. The population was 17,349 at the 2010 census. Whitemarsh is adjacent to the neighborhood of Andorra in the Roxborough section of Philadelphia, and is bordered in Montgomery County by Springfield, Upper Dublin, Whitpain, and Plymouth townships, and by Conshohocken Borough. It is also bordered by the Schuylkill River, which separates it from Lower Merion Township. Communities within Whitemarsh Township include: Barren Hill; Lafayette Hill; part of Miquon ; Spring Mill; part of Plymouth Meeting ; and part of Fort Washington.

Pennsylvania Route 363 (PA 363) is a state highway located in Montgomery County, Pennsylvania that is a spur of PA 63. The route runs 11.86 mi (19.09 km) from an interchange with U.S. Route 422 (US 422) in Audubon northeast to an intersection with PA 63 in Lansdale. The route runs mostly through suburban areas of central Montgomery County, passing some farmland in Worcester Township. PA 363 is designated along Trooper Road, Ridge Pike, Park Avenue, and Valley Forge Road. In the community of Worcester, the route crosses PA 73.

Pennsylvania Route 63 (PA 63) is a 37.4-mile-long (60.2 km) state highway located in the Philadelphia, Pennsylvania area. The western terminus of the route is at PA 29 in Green Lane, Montgomery County. The eastern terminus is at Interstate 95 (I-95) in Bensalem Township, Bucks County. PA 63 runs northwest to southeast for most of its length. The route heads through a mix of suburban and rural areas of northern Montgomery County as a two-lane road, passing through Harleysville, before coming to an interchange with I-476 in Kulpsville. From this point, PA 63 continues through predominantly suburban areas of eastern Montgomery County as a two- to four-lane road, passing through Lansdale, Maple Glen, Willow Grove, and Huntingdon Valley. Upon entering Northeast Philadelphia, the route follows Red Lion Road and U.S. Route 1 (US 1) before heading southeast on a freeway called Woodhaven Road to I-95.

Pennsylvania Route 152 (PA 152) is a 25.3-mile-long (40.7 km) state highway located in the U.S. state of Pennsylvania. The route travels north–south from an interchange with PA 309 located in the Cedarbrook neighborhood of Cheltenham Township in Montgomery County north to another interchange with PA 309 located northeast of Telford in Bucks County. PA 152 is known as Limekiln Pike for most of its length. From the southern terminus, the route passes through suburban areas to the north of Philadelphia, serving Dresher, Maple Glen, and Chalfont. North of Chalfont, PA 152 runs through rural suburbs of Philadelphia before reaching Silverdale. Past here, the road continues northwest through Perkasie, where it turns southwest and passes through Sellersville before reaching its northern terminus.

U.S. Route 202 runs through the southeastern part of the U.S. state of Pennsylvania, passing through the western and northern suburbs of Philadelphia. It follows a general southwest-northeast direction through the state, serving West Chester, King of Prussia, Bridgeport, Norristown, Montgomeryville, Doylestown, and New Hope. US 202 enters Pennsylvania from Delaware and heads north as a divided highway, where it becomes concurrent with US 322 at an intersection with US 1 in Painters Crossing. The two routes run north and become a freeway that bypasses West Chester to the east, with US 322 splitting from US 202. US 202 continues north and east along the freeway to King of Prussia, where it reverts to an at-grade divided highway following an interchange with Interstate 76 (I-76). The route becomes a one-way pair as it passes through Bridgeport and Norristown before both directions rejoin and the road continues northeast. US 202 follows an expressway-grade parkway between Montgomeryville and Doylestown before bypassing Doylestown to the south along a freeway. The route continues northeast as an at-grade road to New Hope, where it turns into a freeway again before it crosses the Delaware River on the New Hope–Lambertville Toll Bridge into New Jersey.

Jarrettown is an unincorporated community located in Montgomery County, Pennsylvania, in the United States. The community is in Upper Dublin Township, 2.2 miles (3.5 km) east of the Borough of Ambler and 2.75 miles (4.43 km) southwest of Horsham.

Fitzwatertown is an unincorporated community located in Montgomery County, Pennsylvania, in the United States. The community is in Upper Dublin Township, 2.13 miles (3.43 km) south of Jarrettown, 2.5 miles (4.0 km) west of Abington, 1 mile (1.6 km) northeast of Oreland and approximately 12.3 miles (19.8 km) north of Philadelphia.

Gilkison's Corner was a small hamlet located in Montgomery County, Pennsylvania, in the United States. The community was in Upper Dublin Township, at the intersection of Butler Pike and Bethlehem Pike.

Hovenden House, Barn and Abolition Hall is a group of historic buildings in Plymouth Meeting, Whitemarsh Township, Montgomery County, Pennsylvania. In the decades prior to the American Civil War, the property served as an important station on the Underground Railroad. Abolition Hall was built to be a meeting place for abolitionists, and later was the studio of artist Thomas Hovenden. 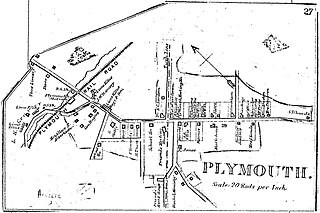 U.S. Route 202 Business is a 10-mile (16 km) business route of US 202 in Montgomery and Bucks counties in the U.S. state of Pennsylvania, running between Montgomeryville and Doylestown. The route heads northeast from US 202 in Upper Gwynedd Township along five-lane Dekalb Pike through residential and commercial areas. In Montgomeryville, the route turns north to run concurrent with Pennsylvania Route 309 on five-lane Bethlehem Pike past several businesses. US 202 Bus. splits from PA 309 by turning northeast onto two-lane Doylestown Road. The route crosses into Bucks County and becomes Butler Avenue, passing through Chalfont and New Britain and curving east. West of Doylestown, the business route ends at an interchange with PA 611 in Doylestown Township.

There are several special routes of U.S. Route 202 that exist. The list is organized by state south-to-north, then west-to-east.

Ridge Pike is a major historic road that opened in 1706 that originally connected Wissachickon Creek to Perkiomen Creek. Inside Philadelphia, it is called Ridge Avenue. Going westward, it traverses many eastern Pennsylvania neighborhoods including Conshohocken and beyond, eventually connecting with Germantown Pike to the west. 13th Street and Ridge Avenue is notable for being the location of Benjamin Franklin's kite experiment which led to the proof that lightning is electricity. Portions of Ridge Pike carried U.S. Route 422 before US 422 was moved to a freeway alignment between west of Pottstown and King of Prussia.

Butler Pike is a road in Montgomery County, Pennsylvania, that runs northeast from Conshohocken to Horsham Township. For most of its 9.8-mile (15.8 km) length, it is a county road and forms a boundary between townships.