Three Voices is a 1982 composition by Morton Feldman, written in homage to his friends Philip Guston and Frank O’Hara, and dedicated to Joan La Barbara. [1] The work consists of three vocal parts: Feldman's original intention was that a singer would perform one part while being accompanied by pre-recordings of the two other parts. Alternatively the piece may be performed by three voices. [2] Most of the work is sung without text, but Feldman also incorporates two lines from O’Hara's 1957 poem Wind. [3]

Tom Johnson, is an American minimalist composer, a former student of Morton Feldman.

Catherine Anne O'Hara is a Canadian-American actress, comedian, writer, and singer. She is the recipient of several accolades, including a Genie Award, two Primetime Emmy Awards, and five Canadian Screen Awards. She was appointed an Officer of the Order of Canada in 2018 and was honored with the Governor General's Performing Arts Lifetime Artistic Achievement Award in 2020.

Bunita Marcus, began studying composition at the age of sixteen and worked in both electronic and instrumental mediums while at the University of Wisconsin. In 1981 she received a Ph.D. in Composition from the University at Buffalo, The State University of New York where she held the Edgard Varèse Fellowship in Composition and studied with Morton Feldman. Marcus' music has been consistently praised for its beauty and rare sensitivity. Kyle Gann of the Village Voice has called her one of his favorite female composers of all time. He applauds her piano work Julia for its "touching and unassuming depth," which "had the audience hushed under the impact of deeply communicated feeling." Los Angeles critic Alan Rich says her work Adam and Eve "states an eloquent case for the persistence of pure beauty in contemporary composition." 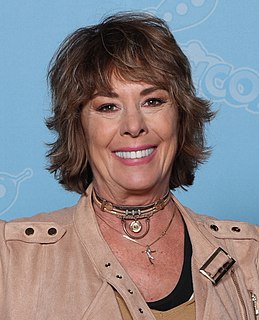 Paige O'Hara, is an American actress, voice actress, singer and painter. O'Hara began her career as a Broadway actress in 1983 when she portrayed Ellie May Chipley in the musical Showboat. In 1991, she made her motion picture debut in Disney's Beauty and the Beast, in which she voiced the film's heroine, Belle. Following the critical and commercial success of Beauty and the Beast, O'Hara reprised her role as Belle in the film's two direct-to-video follow-ups, Beauty and the Beast: The Enchanted Christmas (1997) and Belle's Magical World (1998), and for a cameo appearance in Ralph Breaks the Internet (2018).

Chaim Moshe Tzadik Palestine, known professionally as Charlemagne Palestine, is an American visual artist and musician. He has been described as being one of the founders of New York school of minimalist music, first initiated by La Monte Young, Terry Riley, Philip Glass, Steve Reich and Phil Niblock. But he prefers to call himself a maximalist.

Frank William Chase, better known by his stage name Will Chase, is an American actor and singer, best known for his work in Broadway musicals and in his role as country superstar Luke Wheeler on ABC's Nashville. 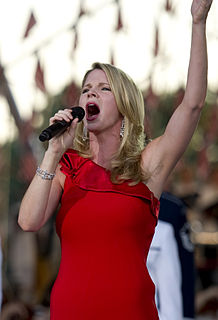 The Previous Evening is a studio album by English guitarist, composer and improviser Fred Frith. It is the fourth of a series of Music for Dance albums Frith made, and was recorded in Germany in 1993 and 1996.

The San Francisco Contemporary Music Players is an ensemble of classically trained instrumentalists that commissions, performs, and records innovative new music, including music that integrates electronic and acoustic sounds. SFCMP was founded to give voice to the burgeoning genre of contemporary chamber music in the Bay Area. They are solely devoted to contemporary repertoire, particularly the work of living composers. The current Artistic Director is Eric Dudley.

Petrina is an Italian composer, pianist and songwriter.

The six piano sonatas by Galina Ustvolskaya were composed over the course of 43 years – each showing a gradual progression of the composer's style.

John Joseph O'Hara is an American prelate of the Catholic Church, who currently serves as an auxiliary bishop of the Archdiocese of New York.

Dante Boon is a Dutch composer and pianist. A member of the Wandelweiser composers collective, he is perhaps best known as an interpreter of experimental piano music. His own music has been performed internationally to wide acclaim.

Antwan Lee, better known by the stage name Asia O'Hara, is an American drag queen, reality television personality, and costume designer. She is most well known for competing on the tenth season of RuPaul's Drag Race, in which she placed fourth.