Fritz Kirchhoff (1901–1953) was a German screenwriter, film producer and director. He was a noted director during the Nazi era, directing film such as the anti-British propaganda thriller Attack on Baku (1942). His 1942 film 5 June, showing the German defeat of France in 1940, was banned by Joseph Goebbels for unclear reasons, although it has been speculated it was to avoid offending the Vichy government. After the Second World War Kirchoff set up his own production company in Hamburg.

Gina Falckenberg was a German stage and film actress. She appeared in twenty-two films during her career including Anime in tumult (1942). Falcenberg was also a writer and worked on several screenplays. She was married to the Italian actor Giulio Del Torre. 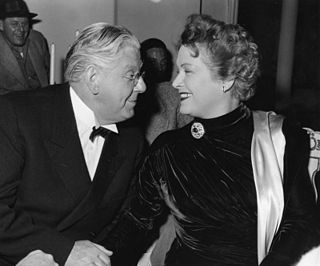 Attack on Baku is a 1942 German thriller film directed by Fritz Kirchhoff and starring Willy Fritsch, René Deltgen and Fritz Kampers. The film was intended as anti-British propaganda during the Second World War. It is noted for its set designs by Otto Hunte, who showed a fascination for modern technology in his depiction of the oil town. The film was shot on location in German-allied Romania, and at Babelsberg Studio in Berlin.

The Page from the Dalmasse Hotel is a 1933 German comedy film directed by Victor Janson and starring Dolly Haas, Harry Liedtke and Hans Junkermann. The art direction was by Fritz Maurischat and Hans Minzloff. The film is based on the novel of the same title by Maria von Peteani. It was later adapted into a 1958 Austrian film. 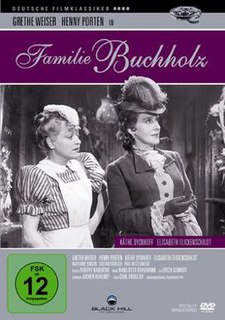 The Buchholz Family is a 1944 German drama film directed by Carl Froelich and starring Henny Porten, Paul Westermeier and Käthe Dyckhoff. It is a family chronicle set in late nineteenth century Berlin. It is based on an 1884 novel by Julius Stinde. It was followed by a second part Marriage of Affection, released the same year.

The Great and the Little Love is a 1938 German comedy film directed by Josef von Báky and starring Jenny Jugo, Gustav Fröhlich, Rudi Godden. Jugo plays a stewardess working for Lufthansa. It was filmed partly on location in Italy. 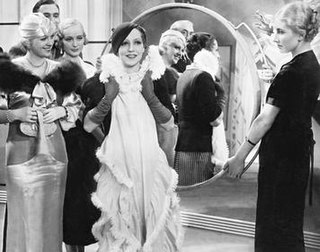 Just Once a Great Lady is a 1934 German comedy film directed by Gerhard Lamprecht and starring Käthe von Nagy, Wolf Albach-Retty and Gretl Theimer. Nagy plays a car saleswoman. The film's sets were designed by the art directors Otto Erdmann and Hans Sohnle. A separate French-language version A Day Will Come (1934) was also released, with Nagy reprising her role alongside Jean-Pierre Aumont. In 1957 the film was remade.

Little Dorrit is a 1934 German drama film directed by Carl Lamac and starring Gustav Waldau, Anny Ondra and Hilde Hildebrand. It is an adaptation of Charles Dickens' Victorian era novel Little Dorrit, and made a sharp contrast to the light comedies and musicals that Ondra usually appeared in. The film's sets were designed by the art directors Wilhelm Depenau and Erich Zander.

Winter in the Woods is a 1936 German drama film directed by Fritz Peter Buch and starring Viktor Staal, Hansi Knoteck and Hans Zesch-Ballot. It was remade in 1956 under the same title.

A Man with Heart is a 1932 German drama film directed by Géza von Bolváry and starring Gustav Fröhlich, Maria Matray and Gustav Waldau.

The Three Around Christine is a 1936 German comedy film directed by Hans Deppe and starring Maria Andergast, Hans Söhnker and Fritz Kampers. 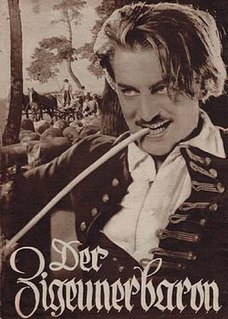 The Gypsy Baron is a 1935 German operetta film directed by Karl Hartl and starring Anton Walbrook, Hansi Knoteck and Fritz Kampers. It is an adaptation of the 1885 operetta The Gypsy Baron.

Holiday From Myself is a 1934 German comedy film directed by Hans Deppe and starring Hermann Speelmans, Carola Höhn and Georg H. Schnell. 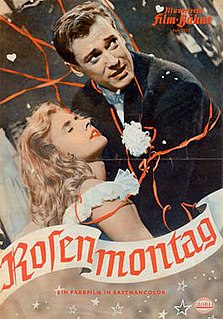 The Voice of the Heart is a 1937 German drama film directed by Karlheinz Martin and starring Beniamino Gigli, Geraldine Katt and Ferdinand Marian. The Night of Decision is a 1938 German drama film directed by Nunzio Malasomma and starring Pola Negri, Hans Zesch-Ballot and Sabine Peters. The film was Negri's final production in Nazi Germany, made at the time of the Munich Crisis. It was an independent film.