A man (Miki Manojlović) is forced by poverty and desperation to use a children's plastic gun to rob a small bank and gets captured. Three years later, he is released from prison and meets two women who will determine his fate.

The film won the FIPRESCI, Grand Prix and the Peter Karsten award for 'Best Script' by the International Federation of Film Critics for Rajko Grlić at the 1986 Valencia Festival of Mediterranean Cinema. It also won the Grand Prix at the Salso Film Festival in Italy, and many awards from Yugoslavian film festivals, including the Golden Arena for Scenography at the 1986 Pula Film Festival. [2] The film was distributed in 14 countries. [3]

Eleanor Mannikka of All Movie Guide wrote that the film "is an amusing and enjoyable romantic comedy buoyed by witty dialogue." [4] 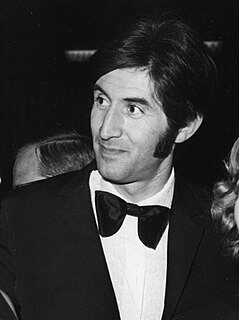 Ljubiša Samardžić, nicknamed Smoki, was a Serbian actor and director, best known as Šurda in the Vruć vetar TV series, and Inspector Boško Simić in the comedy crime series Policajac sa Petlovog brda and film of the same name.

Branimir "Johnny" Štulić is a Yugoslav singer-songwriter, musician and author, best known for being the frontman of the popular former Yugoslav rock group Azra. He is known for his charismatic stage performances and inspiring song lyrics that often combined rock poetry with a strong sense for social commentary, becoming a cult figure. 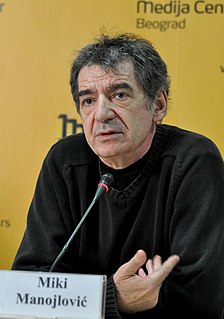 Predrag "Miki" Manojlović is a Serbian actor, famous for his starring roles in some of the most important films of former Yugoslav cinema. Since the early 1990s, he successfully branched out into movies made outside the Balkans; he is currently active in productions all over Europe. 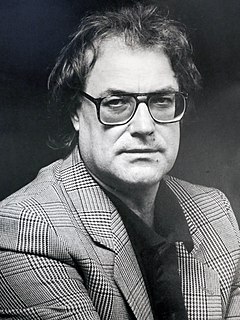 Lordan Zafranović is a Czech-Croatian film director, and a major figure of the Yugoslav Black Wave. He lives in Prague and Zagreb.

Rajko Grlić is a Croatian film director, producer and screenwriter. He is a professor of film theory at Ohio University and artistic director of the Motovun Film Festival in Motovun, Croatia. 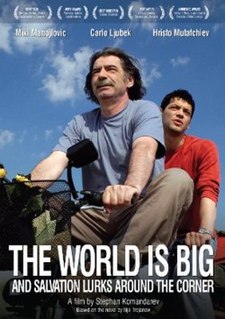 Igor Cukrov is a Croatian singer-songwriter, musician and television personality. He came to media attention as one of sixteen contestants of talents show Operacija trijumf, Balkan version of Endemol's Star Academy. Cukrov represented Croatia in the Eurovision Song Contest 2009, alongside Andrea Šušnjara, with the song "Lijepa Tena", written by Tonči Huljić. The song qualified to the final from the second semi-final as the jury's selected qualifier. It eventually finished in the 18th place with 45 points.

You Love Only Once is a 1981 Yugoslavian drama film directed by Rajko Grlić. It competed in the Un Certain Regard section at the 1981 Cannes Film Festival. In 1999, a poll of Croatian film critics said it to be one of the best Croatian films ever made.

Events from the year 2010 in Croatia. 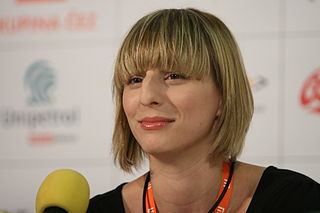 Jadranka Đokić is a Croatian actress. Widely considered one of the most talented Croatian actresses of the 21st-century, she has garnered critical success and numerous accolades for her versatile range in theatre, film and television.

The Prague film school, also known as the Czech film school or the Prague wave was a group of Yugoslav film directors who rose to prominence in the 1970s after graduating from the Film and TV School of the Academy of Performing Arts in Prague (FAMU). Five prominent Yugoslav directors born from 1944 to 1947 attended classes at FAMU: Lordan Zafranović, Srđan Karanović, Goran Marković, Goran Paskaljević, and Rajko Grlić. Emir Kusturica, who was born is 1954, is sometimes also considered a member of the Praška škola. Cinematographers Živko Zalar, Predrag Pega Popović, Vilko Filač, Valentin Perko, and Pavel Grzinčič, also studied at FAMU. 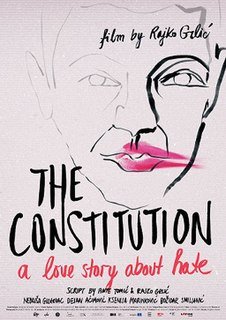