Sikhism, also known as Sikhi or Sikh Dharma, is an Indian religion that originated in the Punjab region of the Indian subcontinent, around the end of the 15th century CE. It is the most recently founded major organized faith and stands at fifth-largest worldwide, with about 25–30 million adherents as of the early 21st century.

Vaṇḍ Shhakō is one of the three main pillars of the teachings of Guru Nanak, the founder of the Sikhism. The other two pillars are Naam Japo and Kirat Karo. It means to share what you have and to consume it together as a community. This could be wealth, food. etc. The term is also used to mean to share ones wealth with others in the community, to give to charity, to distribute in Langar and to generally help others in the community who need help. A Sikh is expected to contribute a portion of their wealth or income to people in need or to a worthy cause.

Kirat Karō is one of the three pillars of Sikhism, the others being Naam Japo and Vaṇḍ chakkō. The term means to earn an honest, pure and dedicated living by exercising one's God-given skills, abilities, talents and hard labour for the benefit and improvement of the individual, their family and society at large. This means to work with determination and focus by the sweat of one's brow and not to be lazy and to waste one's life to time. Meanwhile, Simran and dedication to the work of God, not personal gain, should be one's main motivation. 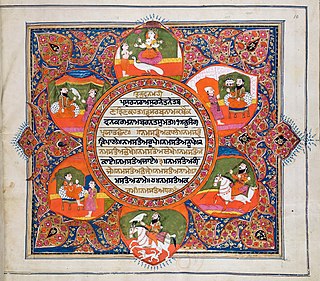 Jaap Sahib is the morning prayer of the Sikhs. The beaded prayers were composed by the Tenth Sikh Guru, Guru Gobind Singh and is found at the start of the Sikh scripture Dasam Granth. This Bani is an important Sikh prayer, and is recited by the Panj Pyare while preparing Amrit on the occasion of Amrit Sanchar (initiation), a ceremony held to Amrit initiates into the Khalsa and it is a part of a Sikh's Nitnem. The Jaap Sahib is reminiscent of Japji Sahib composed by Guru Nanak, and both praise God.

In Sikhism, Nām Japō, also known as Naam Japna or Naam Simran, refers to the meditation or contemplation of the various Names of God, especially the chanting of the word "Waheguru" representing the formless being, the creator of all the forms, and the being omnipresent in all forms.

Sevā, in Hinduism and Sikhism, is the concept of selfless service that is performed without any expectation of result or award for performing it. Such services can be performed to benefit other human beings or society. Seva means "service". A more recent interpretation of the word is "dedication to others". In Hinduism, it is also known as karma yoga, as described in the Bhagavata Gita.

Sangat is a Sikh term with its origin in the Sanskrit word sangh, which means company, fellowship and association. In Sikh vocabulary, the word has a special connotation. It stands for the body of men and women who meet religiously, especially in the presence of the Guru Granth Sahib. It is sometimes analogous to Sat-Sangat and Sadh-Sangat. The word sangat has been in use since the time of Guru Nanak (1469-1539). In his days and those of his nine successors, sangat referred to the Sikh brotherhood established in or belonging to a particular locality. In Sikhism there is a strong push for one to be a part of the Sangat as well as to avoid Ku-Sangat. Alongside Sangat is also the tradition of Pangat.

Bhai Kanhaiya (1648–1718) was a Sikh, verbatim disciple, of Guru Tegh Bahadur Ji and was requested to establish the Sevapanthi or Addanshahi order of the Sikhs by Guru Gobind Singh Ji. He was known for pouring water for all the wounded members of the battlefield no matter whether they were Sikhs or fighting against the Sikhs.

In Sikhism, God is conceived as the Oneness that permeates the entirety of creation and beyond. It abides within all of creation as symbolized by the symbol Ik Onkar. The One is indescribable yet knowable and perceivable to anyone who surrenders their egoism and meditates upon that Oneness. The Sikh gurus have described God in numerous ways in their hymns included in the Guru Granth Sahib, the holy scripture of Sikhism, but the oneness of formless god is consistently emphasized throughout.

The Janamsakhis, are legendary biographies of Guru Nanak – the founder of Sikhism. Popular in the Sikh history, these texts are considered by scholars as imaginary hagiographies of his life story, full of miracles and travels, built on a Sikh oral tradition and some historical facts. The first Janamsakhis were composed between 50 and 80 years after his death. Many more were written in the 17th and 18th century. The largest Guru Nanak Prakash, with about 9,700 verses, was written in the early 19th century.

The Sikh Rehit Maryada is a code of conduct and conventions for Sikhism. The final version of the Rehat Maryada was approved by the Shiromani Gurdwara Parbandhak Committee, Amritsar in 1945. The Rehat Maryada was created to provide guidance to Sikhs on practical and functional aspects of daily life, including the operations of Sikh Gurdwaras, and religious practices to foster cohesion throughout the community.

Sikh practices are simple, unprecise and practical guidelines laid out by the Gurus for the practice of the "Sikh way of life". The Gurus emphasise that a Sikh should lead a disciplined life engaged in Naam Simran, meditation on God's name, Kirat Karni, living an honest life of a house-holder, and Wand kay Shako, sharing what one has with the community. This translates into hard work, honest living, love of fellow humans and through them service of the God, the primal power. This way of life is said to have been stripped of complications, myths, jargon, rituals and exploitation of man by man in the name of religion. No benefits are gained by where and to which family the person is born to – All have to undertake the rigours of Simran (meditation) and Sewa to progress spiritually. The Sri Guru Granth Sahib asks the Sikh to "Practice truth, contentment and kindness; this is the most excellent way of life. One who is so blessed by the Formless Lord God renounces selfishness, and becomes the dust of all. (3)

Sikh rites: The Sikhs engage in various regular activities to concentrate the mind on God and undertake selfless service. These rites and services are: 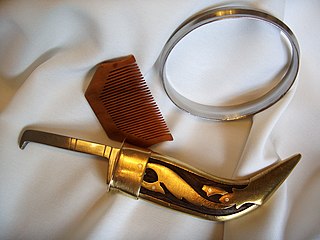 A Sikh is required by the Sikh Gurus to live a disciplined life by doing pure and righteous deeds and actions. The following are the list of activities that a Sikh should engages in:

Nirankari is a sect of Sikhism. It was a reform movement founded by Baba Dyal Das in northwest Punjab in 1851. He sought to restore the practices and beliefs of Sikhs back to what he believed were prevalent when Guru Nanak was alive. This movement emerged in the aftermath of the end of Sikh Empire and the Sikh history after Ranjit Singh's death.

The following list consists of concepts that are derived from both Sikh and Indian tradition. The main purpose of this list is to disambiguate multiple spellings, to make note of spellings no longer in use for these concepts, to define the concept in one or two lines, to make it easy for one to find and pin down specific concepts, and to provide a guide to unique concepts of Sikhism all in one place. 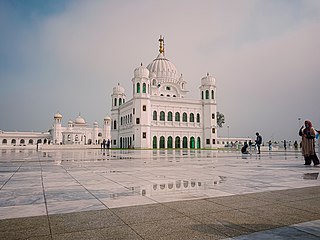 Gurdwara Darbar Sahib Kartarpur, also called Kartarpur Sahib, is a gurdwara in Kartarpur, located in Shakargarh, Narowal District, in the Punjab province of Pakistan. It is built on the historic site where the founder of Sikhism, Guru Nanak, settled and assembled the Sikh community after his missionary travels and lived for 18 years until his death in 1539. It is one of the holiest sites in Sikhism, alongside the Golden Temple in Amritsar and Gurdwara Janam Asthan in Nankana Sahib. 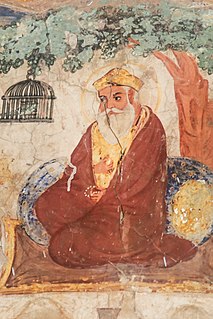 Gurū Nānak, also referred to as Bābā Nānak, was the founder of Sikhism and is the first of the ten Sikh Gurus. His birth is celebrated worldwide as Guru Nanak Gurpurab on Katak Pooranmashi, i.e. October–November.