Three to Get Ready

Three to Get Ready may refer to: 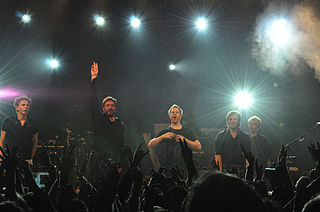 Duran Duran are an English new wave and synth-pop band formed in Birmingham in 1978. The band grew from being alternative sensations in 1982 to mainstream pop stars by 1984. By the end of the decade, membership and music style changes challenged the band before a resurgence in the early 1990s. The group were a leading band in the MTV-driven "Second British Invasion" of the US. The band achieved 14 singles in the top 10 of the UK Singles Chart and 21 in the Billboard Hot 100, and have sold over 100 million records worldwide. 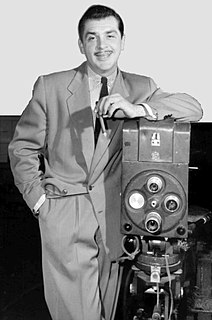 Ernest Edward Kovacs was an American comedian, actor, and writer. 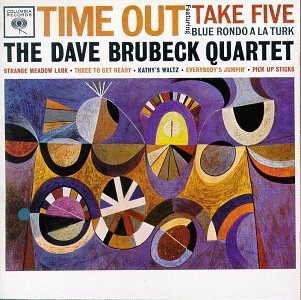 Time Out is a studio album by the American jazz group the Dave Brubeck Quartet, released in 1959 on Columbia Records. Recorded at Columbia's 30th Street Studio in New York City, it is based upon the use of time signatures that were unusual for jazz such as 9
8, 6
4 and 5
4. The album is a subtle blend of cool and West Coast jazz. It peaked at No. 2 on the Billboard pop albums chart, and has been certified platinum by the RIAA. 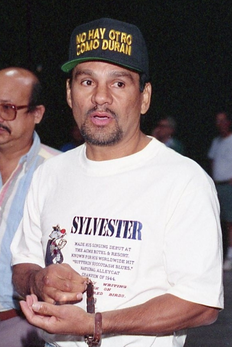 Roberto Durán Samaniego is a Panamanian former professional boxer who competed from 1968 to 2001. He was a world champion in four weight classes, having held titles at lightweight, welterweight, light middleweight, and middleweight; as well as reigns as the undisputed and lineal lightweight champion, and the lineal welterweight champion. He is also the second boxer to have competed over a span of five decades, the first being Jack Johnson. Durán was known as a versatile brawler and pressure fighter, which earned him the nickname of "Manos de Piedra" for his formidable punching power.

Ray Charles Leonard, best known as "Sugar" Ray Leonard, is an American former professional boxer, motivational speaker, and occasional actor. Often regarded as one of the greatest boxers of all time, he competed from 1977 to 1997, winning world titles in five weight divisions; the lineal championship in three weight divisions; as well as the undisputed welterweight title. Leonard was part of "The Fabulous Four", a group of boxers who all fought each other throughout the 1980s, consisting of himself, Roberto Durán, Thomas Hearns and Marvin Hagler. 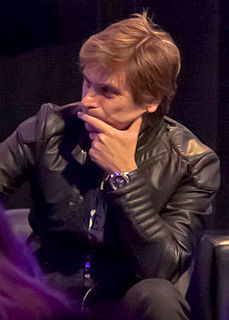 Roger Andrew Taylor is an English musician, best known as the drummer of the new wave music band Duran Duran from their inception until 1985, and again from 2001 onwards. Duran Duran have sold over 100 million records worldwide. 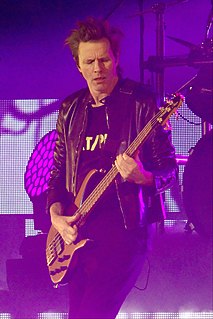 Simon John Charles Le Bon is an English musician, singer, songwriter and lyricist, best known as the lead singer and lyricist of the band Duran Duran and its offshoot, Arcadia. Le Bon has received three Ivor Novello Awards from the British Academy of Songwriters, Composers and Authors, including the award for Outstanding Contribution to British Music. 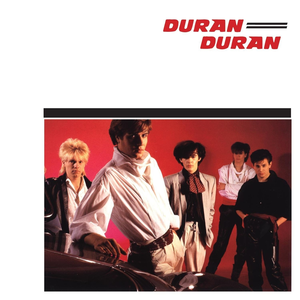 Duran Duran is the debut studio album by English new wave band Duran Duran. It was released on 15 June 1981 by EMI. 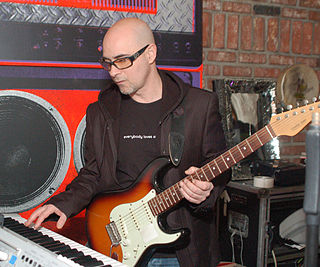 Warren Bruce Cuccurullo is an American musician, singer, songwriter and former body builder who first worked with Frank Zappa during the 1970s. He was also a founding member of Missing Persons in the 1980s. In 1986, Cuccurullo joined Duran Duran, becoming a long term member of the band until 2001.

Andrew Taylor is an English musician, singer, songwriter and record producer, best known as a former member of both Duran Duran and The Power Station. 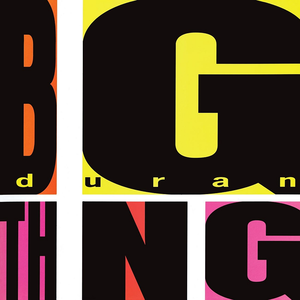 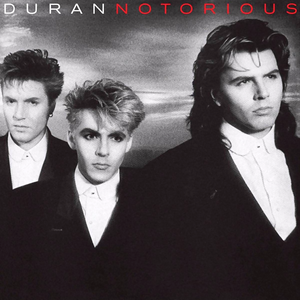 Notorious is the fourth studio album by English new wave band Duran Duran. It was released on 18 November 1986 by EMI. The album peaked at number 16 on the UK Albums Chart and at number 12 on the US Billboard 200. Produced by the band with Nile Rodgers, the album showcased a new musical direction for the band, emphasizing bass and brass, as exemplified by the singles "Notorious" and "Skin Trade". 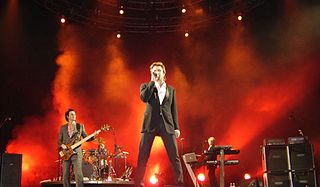 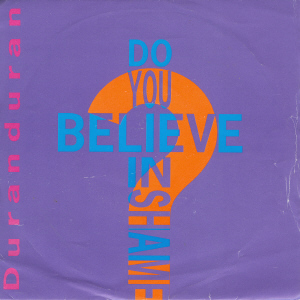 "Do You Believe In Shame?" is a song by Duran Duran. Released on 10 April 1989, it was the third and final single from the Big Thing album. 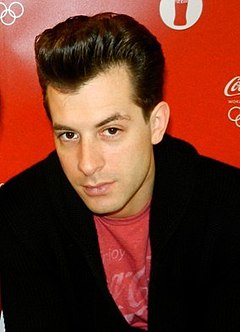 Mark Daniel Ronson is a British musician, DJ, songwriter, and record producer. Ronson is best known for his collaborations with artists such as Amy Winehouse, Lady Gaga, Adele, Lily Allen, Miley Cyrus, and Bruno Mars. He has received seven Grammy Awards, including Producer of the Year for Winehouse's album Back to Black and two for Record of the Year singles "Rehab" and "Uptown Funk". He received an Academy Award, a Golden Globe Award and a Grammy Award for co-writing the song "Shallow" for the film A Star is Born (2018). 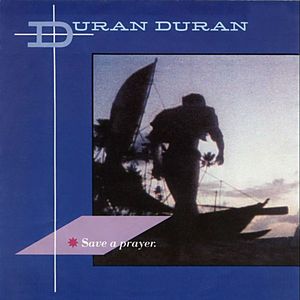 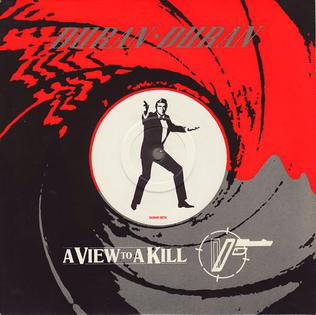 "A View to a Kill" is the thirteenth single by the English new wave and synthpop band Duran Duran, released on 6 May 1985. Written and recorded as the theme for the 1985 James Bond movie of the same name, it became one of the band's biggest hits. It remains the only James Bond theme song to have reached number 1 on the US Billboard Hot 100; it also made it to number 2 for three weeks on the UK Singles Chart. 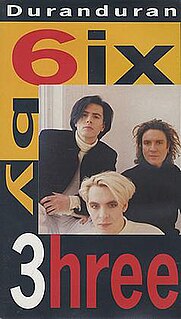 6ix by 3hree is a video compilation by Duran Duran released in 1989 on VHS and LaserDisc. There is currently no commercial DVD release available but the whole compilation was included as an extra on the 2010 DD Fan Club DVD release of 'Three To Get Ready'. The six videos of the title are from the bands' albums Notorious and Big Thing.