Mohanlal Viswanathan, known mononymously as Mohanlal, is an Indian actor, producer, playback singer, distributor and philanthropist who predominantly works in Malayalam cinema. One of the most admired Indian actors, Mohanlal has had a prolific career spanning over four decades, during which he has acted in more than 340 films. He is regarded as one of the greatest actors in the history of Indian cinema. In addition to Malayalam, he has also appeared in other Indian language films. Mohanlal has won five National Film Awards—two Best Actor, a Special Jury Mention and a Special Jury Award for acting, and an award for Best Feature Film, also nine Kerala State Film Awards and Filmfare Awards South and numerous other accolades. The Government of India honoured him with Padma Shri in 2001, and Padma Bhushan in 2019, India's fourth and third highest civilian honours, for his contributions to Indian cinema. In 2009, he became the first actor to be awarded the honorary rank of Lieutenant colonel in the Territorial Army. He received honorary doctorates from Sree Sankaracharya University of Sanskrit in 2010 and from University of Calicut in 2018.

Muhammad Kutty Panaparambil Ismail, better known by his stage name Mammootty, is an Indian film actor and producer who works predominantly in Malayalam cinema. In a career spanning four decades, he has appeared in over 400 films, mainly in Malayalam language and also in Tamil, Telugu, Kannada, Hindi and English. 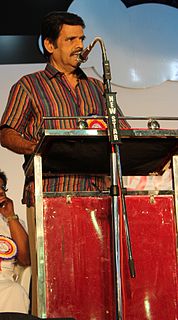 Balachandra Menon is an Indian film actor, director and script writer. He made a number of films in the 1980s and 1990s. He has directed 40 films and has acted in over 100 films. He won two National film awards including the National Film Award for Best Actor for his performance as station master Ismail the 1998 film Samaantharangal, which was also directed by him. He has also worked as distributor, editor, composer, singer and producer in the Malayalam film industry. He has found space in the Limca Book of Records for the maximum number of films directed, scripted and acted in. 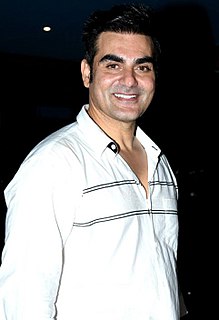 Arbaaz Khan is an Indian actor, director and film producer, who predominantly works in Hindi language films. He has also acted in a few Urdu, Telugu and Malayalam language films as well as television series. Since making his debut in 1996, he has acted in many leading and supporting roles. He ventured into film production in Bollywood, with Arbaaz Khan Productions, launched with Dabangg (2010), in which he starred as the younger brother of his real-life brother Salman Khan. The film went on to become one of the highest-grossing Bollywood films of all time. He also won the National Film Award for Best Popular Film Providing Wholesome Entertainment for the same. He also hosted the reality show Power Couple, which aired on Sony TV. In 2019, Khan made his digital debut with crime-thriller web series Poison.

Ramya Krishnan is an Indian film actress. She has acted in over 260 films in five languages: Telugu, Tamil, Kannada, Malayalam and Hindi. Ramya has won four Filmfare Awards, three Nandi Awards and a Tamil Nadu State Film Award. She is credited as Ramya Krishna in the Telugu and Kannada film industries. 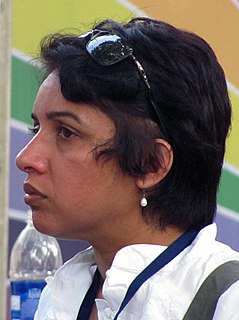 Asha Kelunni Nair, better known by her stage name Revathi, is an Indian film actress and director, known for her works predominantly in Tamil and Malayalam cinema. She has won several accolades, including the National Film Awards in three different categories, and nine Filmfare Awards South. 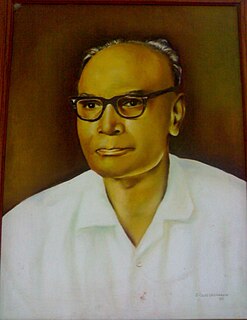 P. Kesava Pillai, better known by his pen-name P. Kesavadev, was a novelist and social reformer of Kerala, India. He is remembered for his speeches, autobiographies, novels, dramas, short stories, and films. Odayil Ninnu, Nadhi, Bhrandalayam, Ayalkar, Ethirppu (autobiography) and Oru Sundariyude Athmakadha are some among his 128 literary works. Kesavadev along with Thakazhi Sivasankara Pillai and Vaikom Muhammad Basheer are considered the exponents of progressive Malayalam Literature.

Maheshwari Amma, better known by her stage name K. P. A. C. Lalitha, is an Indian film and stage actress who works primarily in Malayalam theatre and Malayalam cinema. Her acting career starts with K. P. A. C. Kerala People's Arts Club a theatrical movement in Kayamkulam, Kerala, India. This political theatre was very influential in propagating communist ideas in Kerala. In a career spanning five decades, she has starred in over 550 films. She is the current chairperson of Kerala Sangeetha Nataka Akademi. She was married to the late Malayalam filmmaker Bharathan. 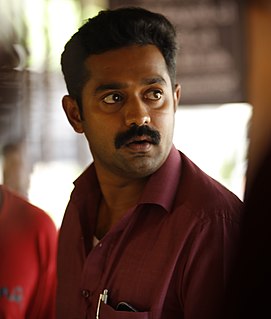 Asif Ali is an Indian film actor and producer, who predominantly works in Mollywood film industry. He started his film career with Shyamaprasad's 2009 film Ritu, which was highly appreciated by the critics.

Unnikrishnan Mukundan commonly known as Unni Mukundan is an Indian film actor, who predominantly appears in Malayalam films. He has also acted in a few Tamil and Telugu films.

Shritha Sivadas is an Indian film actress and television host. She made her debut in Sugeeth's Ordinary (2012).After marriage she made a comeback through Dhilluku Dhuddu 2 in 2019. 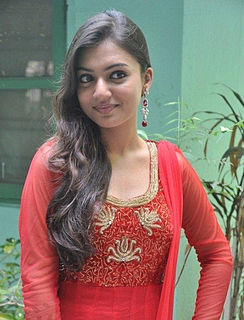 Nazriya Nazim is an Indian film actress and producer who predominantly works in Malayalam Cinema along with a few Tamil films.

Sanam Shetty is an Indian film actress and model, who has worked predominantly on Tamil, Telugu, Malayalam and Kannada films. She had previously worked as a software engineer, before becoming a model and actress. 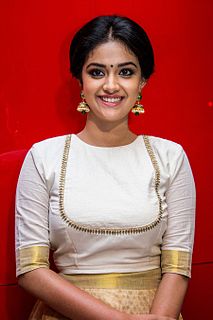 Keerthy Suresh is an Indian film actress and model who appears predominantly in Tamil, Telugu and Malayalam films. She won the National Film Award for Best Actress for portraying actress Savitri in the Telugu biopic film Mahanati (2018). 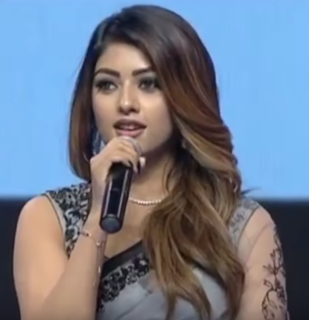 Anu Emmanuel is an American actress of Indian origin who mainly appears in Telugu, Tamil and Malayalam language films. She debuted in Malayalam movie Swapna Sanchari and debuted as a heroine in the 2016 Malayalam film Action Hero Biju. She made her Telugu debut with Majnu (2016), and went on to act in other Telugu films, like Kittu Unnadu Jagratha (2017), Oxygen, and Agnyaathavaasi (2018). Emmanuel has also worked in Tamil films, making her debut with the suspense thriller Thupparivaalan (2017).