Thrills, Kills + Sunday Pills is the fourth studio album by Australian alternative rock band, Grinspoon. It was released on 20 September 2004 by record label, Universal Music, with Howard Benson producing. On the ARIA Albums Chart it peaked at No. 4; ARIA certified the album as platinum for shipment of 70,000 units.

At the ARIA Music Awards of 2005 it won Best Rock Album.

Ed Nimmervoll of HowlSpace remarked that for the recording they had "deliberately put aside any song that sounded typical Grinspoon, Benson encouraged the band to keep things simple and concentrate on the songs in their own right. The result was the 'Poppy-est" album of [their] career. They knew that some of their hardcore fans would initially find the album difficult to accept." [1]

Thrills, Kills + Sunday Pills was released on 20 September 2004 by record label Universal. Four singles were released from the album: "Hard Act to Follow" (August 2004), "Better Off Alone" (November), "Hold on Me" (February 2005) and Bleed You Dry (June). Grinspoon had started their tour in support of "Hard Act to Follow" on 26 August 2004 and continued to 4 September. [3]

Thrills, Kills + Sunday Pills peaked at No. 4 on the ARIA Albums Chart, [4] and by December was certified platinum for shipment of 70,000 copies. [5] The lead single, "Hard Act to Follow", reached No. 24 on the related ARIA Singles Chart, with "Better Off Alone" and "Hold on Me" both appearing in the top 50; the final single, "Bleed You Dry", peaked in the top 100. [4] At the ARIA Music Awards of 2005 it won Best Rock Album and was nominated for Best Group. [6]

As of 2008, the album has gained mostly positive reviews due to it containing the pop of New Detention while placing themselves in a more teen-oriented direction. However, there have been complaints by fans explaining that Grinspoon were "selling out".[ citation needed ] Undercover's Tim Cashmere felt that "[it] ain't too shabby for your average everyday Grinspoon fan, but if you're not a Grinspoon fan by now, this album won't change your mind." [7] He noted that Benson's contribution "didn't come through so much in the actual song writing or structure of the album, more in the great sounding guitars that he brought through in the band… something the band had been almost hitting, but never quite achieved until now." [7]

All tracks are written by Phil Jamieson and Pat Davern, [8] unless otherwise shown.

Grinspoon are an Australian rock band from Lismore, New South Wales formed in 1995 and fronted by Phil Jamieson on vocals and guitar with Pat Davern on guitar, Joe Hansen on bass guitar and Kristian Hopes on drums. Also in 1995, they won the Triple J-sponsored Unearthed competition for Lismore, with their post-grunge song "Sickfest". Their name was taken from Dr. Lester Grinspoon, an associate professor emeritus of psychiatry at Harvard Medical School, who supports marijuana for medical use.

Guide to Better Living is the debut studio album by Australian rock band Grinspoon. It was released on 16 September 1997 on the Grudge Records label and was produced by Phil McKellar. The album reached number 11 on the ARIA Albums Chart and spent 36 weeks on the national charts. The album peaked at number 8 when rereleased in 2017.

Philip Jamieson is an Australian musician from Hornsby, New South Wales. He is a founding member and singer-guitarist for the rock band Grinspoon.

Pushing Buttons is the third extended play by Australian alternative rock band Grinspoon, and was released on 21 September 1998 via Universal Records. It peaked at number 13 on the ARIA Singles Chart.

New Detention is the third studio album by Australian alternative rock band Grinspoon. It was released in 2002 by record label Grudge, which peaked at No. 2 on the ARIA Albums Chart. By December that year it was certified platinum for shipment of 70,000 units.

Licker Bottle Cozy, was the second EP by the Australian rock band Grinspoon. The EP was initially released by Grudge Records Australia on 16 December 1996. It was recorded by Phil McKellar in July of that year and was of a significantly better sound quality than their first EP. Two of the tracks, "Post Enebriated Anxiety" and "Champion" were included unchanged in their debut album Guide to Better Living. It was released in the United States by Universal Records in March 1997. The EP reached No. 65 on the ARIA Singles Chart in January 1997 and No. 25 on the CMJ's 'Metal Top 25' in 1998.

Panic Attack is an EP released by the Australian rock band Grinspoon in March 2003. The EP was originally released by itself, but also appeared as a bonus disc with a re-release version of an earlier studio album, New Detention, on 10 March 2003. The EP was developed after Grinspoon recorded a cover of the INXS hit, "Don't Change" for the soundtrack of an Australian film, Danny Deckchair. Its recording and release were relatively rushed between New Detention's first appearance in June 2002 and their next studio album Thrills, Kills & Sunday Pills in September 2004.

Best in Show is a compilation album by Australian post-grunge band Grinspoon. The album was released on 7 November 2005 to coincide with the ten-year anniversary of the band. The album peaked at No. 12 on the ARIA Albums Chart and was certified Gold. The album featured the band's hits and several older songs, like "Champion", which landed the song on Gran Turismo 3. The first track, "Sweet as Sugar", was specially recorded for this album and, appropriately, is a return to the earlier style of the band. The rest of the tracks are listed chronologically, from "Champion", recorded in 1996, to "Hard Act to Follow", recorded in 2004. The linear notes contain photography of the band from their beginnings to the present, and details the history of the band in the form of a fairy tale about the 'Knights of Grinspoon' from the 'Land of Oz'. The limited edition bonus disc includes a collection of covers recorded over the years.

Alibis & Other Lies is the fifth studio album by Grinspoon, which was released 21 July 2007. The first single from the album is Black Tattoo, being released as a digital download on 23 June and on Single 30 June 2007. Ramesh Sathiah, producer of Green Album and Licker Bottle Cozy, is producing the album. "Black Tattoo" is more similar to songs from Guide to Better Living than the songs off their last album, but the rest of the songs range from AC/DC-esque rockers like "Choirboy" to country rock songs like "Find Your Own Way", to glam metal songs like "Carried Away" and to soft rock songs like "Minute by Minute".

"Sweet As Sugar" is the only single released by Grinspoon from their compilation album Best In Show. It was released in October 2005 as a digital download by Universal Music Australia. The song polled at number 42 on Triple J's Hottest 100 for 2005. 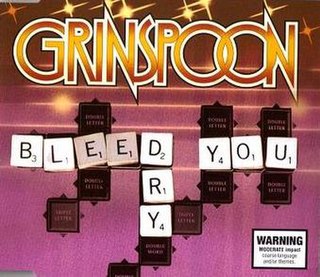 "Bleed You Dry" is the fourth single by Australian post-grunge band Grinspoon from their fourth studio album Thrills, Kills & Sunday Pills. It was released on 13 June 2005 via Universal Records, which peaked in the top 100 on the ARIA Singles Chart. The music video for "Bleed You Dry" was directed by James Hackett and Jean Camden and was a finalist in the 2005 SoundKILDA music video competition as part of the St Kilda Film Festival.

"Hold on Me" is the third single released by Grinspoon from their fourth studio album Thrills, Kills & Sunday Pills. It was released on 21 February 2005 on the Universal Records label. The initial single release included a lapel pin badge under shrink wrap, with 'Hold On Me - Grinspoon EP' themed artwork. It debuted on the ARIA Singles Chart at No. 44. 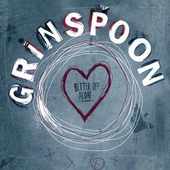 "Better Off Alone" is a song by Grinspoon which was released as the second single from their fourth studio album Thrills, Kills & Sunday Pills.

"Hard Act to Follow" is a song by Australian rock band Grinspoon and was released as the lead single from their fourth studio album Thrills, Kills & Sunday Pills. It reached No. 24 on the ARIA Singles Chart and was ranked #16 on Triple J's Hottest 100 of 2004. 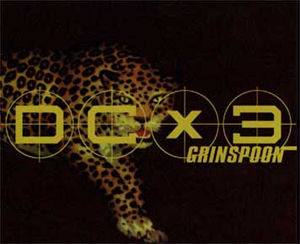 "DC×3" is the second single released by Australian alternative metal band Grinspoon, from the debut album, Guide to Better Living. It peaked at No. 50 on the ARIA Singles Chart. It also reached No. 34 on Triple J's Hottest 100 in 1997.

Black Rabbits is the seventh studio album by Australian post-grunge band Grinspoon, which was released on 28 September 2012. Its title is Cockney rhyming slang for "bad habits", which relates to their reputation as being "a hard rocking, harder living band from Lismore, NSW, who emerged at the turn of the millennium with the same never-say-no ethic of Seattle's toughest grunge bands."

"Just Ace" is the fourth single released by Australian rock band Grinspoon, from their debut album, Guide to Better Living. It peaked at No. 25 on the ARIA Singles Chart, remaining in the charts for fifteen weeks. It also reached No. 18 on Triple J's Hottest 100 in 1998.