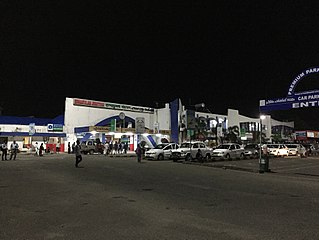 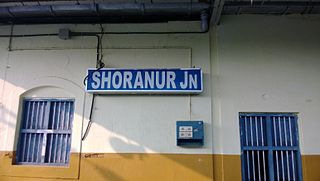 Shoranur Junction is the railway station located at Shoranur, Palakkad District, Kerala. It comes under the Palakkad Railway Division of the Southern Railway. It is an important junction because it is the point at which the line from Coimbatore meets the coastal line from Mangalore to Kochi. Further, Shoranur junction is the node from which a separate Branch line goes to the town of Nilambur, about 66 km to the north. The Nilambur–Shoranur line, which connects two tiny hill-towns, is one of the most picturesque in India. 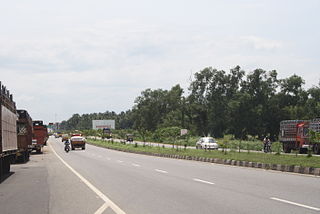 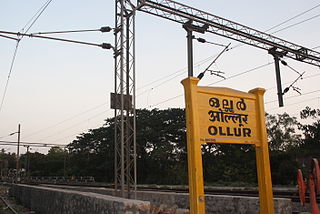 Kannur railway station, also known as Cannanore, is one of the railway station in Kerala located in the Kannur City which lies in Shoranur–Mangalore section. It is operated by the Southern Railway of the Indian Railways. There are many trains operating towards Southern Kerala, Tamil Nadu, Mumbai and North India. Kannur and Kannur South are two different stations which serves Kannur City. 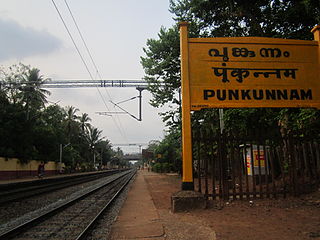 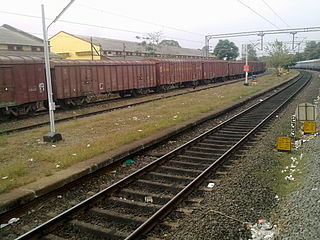 Guruvayur–Thrissur section is a spur line functioning under Trivandrum railway division of Southern Railway Zone. This is a single Broad Gauge line which begins at Thrissur city in Thrissur District and ends at Guruvayur in Thrissur District of Kerala. The 23 kilometres (14 mi) section was opened for traffic in the year 1994. The line connects the Cultural Capital of Kerala, Thrissur to the Temple Town of Kerala, Guruvayur, the fourth biggest temple in India in terms of the number of devotees per day.

Aluva or Alwaye is one of the important railway stations in Kerala and also the second busiest station in the Indian state of Kerala in terms of number of trains after Thrissur Railway Station. It is an A grade station under Thiruvananthapuram railway division.It is the only railway station for Idukki District because there are no railway lines in Idukki District. It lies in the Shoranur–Cochin Harbour section of Thiruvananthapuram railway division.

Chowwara railway station is a station serving Chowwara in Ernakulam district, Kerala, India. It lies between the Angamaly and Aluva stations. This station has two platforms, and passenger trains halt here.

Kannur has a good road network connecting to Bangalore, Mangalore, Kodagu and Cochin. The railway station is also well connected to all parts of India. The nearest airports are at Calicut and Mangalore. A new airport is coming in Kannur.