Thriving is a condition beyond mere survival, implying growth and positive development.

The synthesis of existing lines of research has given a lens through which to view research, theory, and practice in the field of youth development. [1] Whereas positive youth development theory has focused on resiliency and competence, thriving encourages youth development researchers, scholars, and practitioners to view youth as community and social assets to be nurtured and developed. 4-H Center for Youth Development researchers, Heck, Subramaniam, and Carlos (2010), capture it this way: “Thriving is intentional and purposeful. It connotes optimal development across a variety of life domains, such as social, academic and professional/career development, towards a positive purpose.”

Thriving in youth is an upward trajectory marked by: The knowledge of and ability to tap into inner sources of motivation, or spark (Benson, 2008); [2] an incremental, growth mindset oriented towards learning (Dweck, 2006); [3] and the goal management skills necessary to succeed and grow. Youth who are on the path to reaching their fullest potential possess the following indicators of thriving: Love of learning; life skills; healthy habits; emotional competence; social skills; positive relationships; spiritual growth; character; caring; confidence; persistent resourcefulness; and purpose.

The University of California 4-H Youth Development Program [4] is the first youth development organization in the country to utilize the thriving framework and concepts on a large scale basis, focusing on statewide youth-adult partnership training and positive youth outcome evaluation. [5] 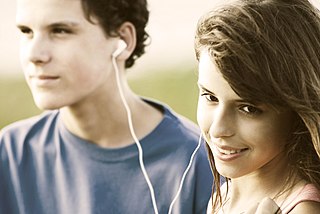 Adolescence is a transitional stage of physical and psychological development that generally occurs during the period from puberty to adulthood. Adolescence is usually associated with the teenage years, but its physical, psychological or cultural expressions may begin earlier and end later. Puberty now typically begins during preadolescence, particularly in females. Physical growth and cognitive development can extend into the early 20s. Age provides only a rough marker of adolescence, and scholars have not agreed upon a precise definition. Traditionally, it includes ages 10 to 19, but an expansive definition includes ages 10 to 24 to account for a more comprehensive understanding of this phase of life. 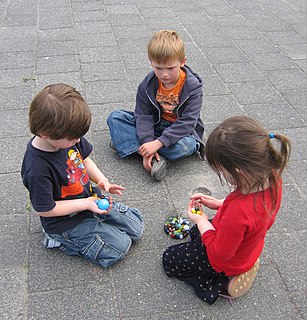 In sociology, a peer group is both a social group and a primary group of people who have similar interests (homophily), age, background, or social status. The members of this group are likely to influence the person's beliefs and behaviour. 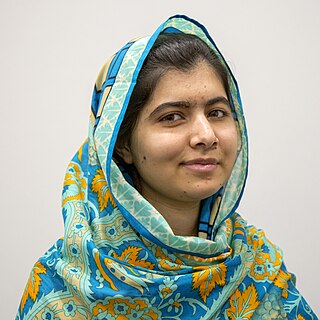 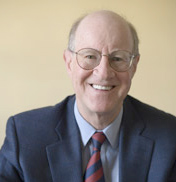 William Damon is a professor at Stanford University, director of the Stanford Center on Adolescence, and senior fellow at Stanford University's Hoover Institution. He is one of the world's leading scholars of human development. Damon has done pioneering research on the development of purpose in life and wrote the influential book The Path to Purpose. Damon has helped design innovative educational methods such as peer collaboration, project-based learning, and the youth charter. Damon also is known for his studies of purposeful philanthropy. His current work includes a study exploring student purpose in higher education and a study of family purpose across generations. Dr. Damon writes on intellectual and social development through the lifespan. He is the founding editor of New Directions for Child and Adolescent Development and editor-in-chief of The Handbook of Child Psychology.

Relational aggression or alternative aggression is a type of aggression in which harm is caused by damaging someone's relationships or social status.

Positive youth development (PYD) programs are designed to optimize youth developmental progress. Youth.gov states that "PYD is an intentional, prosocial approach that engages youth within their communities, schools, organizations, peer groups, and families in a manner that is productive and constructive; recognizes, utilizes, and enhances young people’s strengths; and promotes positive outcomes for young people by providing opportunities, fostering positive relationships, and furnishing the support needed to build on their leadership strengths."

Paul B. Baltes was a German psychologist whose broad scientific agenda was devoted to establishing and promoting the life-span orientation of human development. He was also a theorist in the field of the psychology of aging. He has been described by American Psychologist as one of the most influential developmental psychologists. 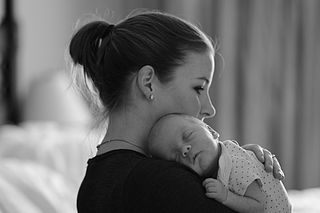 A parenting style is a psychological construct representing standard strategies that parents use in their child rearing. The quality of parenting can be more essential than the quantity of time spent with the child. For inst, yet the parent may be engaging in a different activity and not demonstrating enough interest towards the child. Parenting styles are the representation of how parents respond to and make demands on their children. Parenting practices are specific behaviors, while parenting styles represent broader patterns of parenting practices. There are various theories and opinions on the best ways to rear children, as well as differing levels of time and effort that parents are willing to invest.

Child development involves the biological, psychological and emotional changes that occur in human beings between birth and the conclusion of adolescence. Childhood is divided into 4 stages of life which include early childhood, middle childhood, late childhood ( preadolescence) and adolescence. Early childhood typically ranges from infancy to the age of 6 years old. During this period, development is significant, as many of life's milestones happen during this time period such as first words, learning to crawl, and learning to walk. There is speculation that middle childhood or ages 6–8 are the most crucial years of a child's life. Adolescence is the stage of life that typically starts around 15 years of age, all the way up until legal adulthood. In the course of development, the individual human progresses from dependency to increasing autonomy. It is a continuous process with a predictable sequence, yet has a unique course for every child. It does not progress at the same rate and each stage is affected by the preceding developmental experiences. Because genetic factors and events during prenatal life may strongly influence developmental changes, genetics and prenatal development usually form a part of the study of child development. Related terms include developmental psychology, referring to development throughout the lifespan, and pediatrics, the branch of medicine relating to the care of children.

Social competence consists of social, emotional, cognitive and behavioral skills needed for successful social adaptation. Social competence also reflects having an ability to take another's perspective concerning a situation, learn from past experiences, and apply that learning to the changes in social interactions.

Richard M. Lerner is professor of Human Development at Tufts University, occupying the Bergstrom Chair in Applied Developmental Science. Also at Tufts, he directs the Institute for Applied Research in Youth Development.

Peter Lorimer Benson (1946–2011) was a psychologist and CEO/President of Search Institute. He pioneered the developmental assets framework, which became the predominant approach to research on positive facets of youth development. According to the American Psychologist,

The adolescent community reinforcement approach (A-CRA) is a behavioral treatment for alcohol and other substance use disorders that helps youth, young adults, and families improve access to interpersonal and environmental reinforcers to reduce or stop substance use.

Adolescent egocentrism is a term that child psychologist David Elkind used to describe the phenomenon of adolescents' inability to distinguish between their perception of what others think about them and what people actually think in reality. Elkind's theory on adolescent egocentrism is drawn from Piaget's theory on cognitive developmental stages, which argues that formal operations enable adolescents to construct imaginary situations and abstract thinking.

Robert L. Selman is an American-born educational psychologist and perspective-taking theorist who specializes in adolescent social development. He is currently a Professor of Education and Human Development at the Harvard Graduate School of Education, and a Professor of Psychology in Medicine at Harvard University.He is also known as the author of the 1980's G.I. Joe public service announcements.