The throne was built in 1605 in Allahabad and kept at the Allahabad Fort. Even after Jahangir became king when his father, emperor Akbar died in 1605, the throne remained there. It was only in 1610, that it was brought from Allahabad to Agra by Jahangir.[ citation needed ]

There is a crack in this throne. At the British rule 1857.

The throne is made of touchstone. It is 10 feet 7 inches long, 9 feet 10 inches broad and 6 inches thick. Its octagonal pedestals are each 1 foot 4 inches in height. At the top, it gently slopes from the centre to the sides like the shell of a tortoise. Persian inscriptions, dated 1602 are carved, in ornamental cartouches on its sides, in praise of Jahangir, whom they state as Shah and Sultan . This amounted to defiance of Akbar, who was at that time alive and on the throne. When the throne was finally brought to Agra, Jahangir had two inscriptions carved on top of the two western pedestals, stating that he had been only the heir to the throne, and that he had assumed the title of Nuruddin Muhammad Jahangir Badshah (Badshah Jahangir), only after his righteous accession.

The original inhabitants of Mauritania were the Bafour, presumably a Mande ethnic group, connected to the contemporary Arabized minor social group of Imraguen ("fishermen") on the Atlantic coast.

The Zabūr is, according to Islam, the holy book of David, one of the holy books revealed by God before the Quran, alongside others such as the Tawrāh (Torah) and the Injīl (Gospel). Muslim tradition maintains that the Zabur mentioned in the Quran is the Psalms of David. 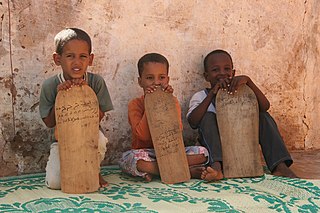 Virtually all Mauritanians are Sunni Muslims. They adhere to the Maliki madhhab, one of the four Sunni schools of law. Since independence in 1960, Mauritania has been an Islamic republic. The Constitutional Charter of 1985 declares Islam the state religion and sharia the law of the land.

Saskia Merk van Rijswijk is a Dutch Muay Thai champion and actress. Currently she works as a hypnotherapist, mental coach and psychologist.

Archbishop Wood Catholic High School is a private, Roman Catholic high school within the Archdiocese of Philadelphia. The school was founded in 1964 in Warminster Township in Bucks County, Pennsylvania. It sits on thirty-two acre tract of land and maintains various athletic fields on its campus, as well as a daycare facility, and a home for retired diocesan priests. It is accredited by both the National Catholic Educational Association and Middle States Association of Colleges and Schools.

Egotheism or Autotheism is the deification or worship of the self. Critics of Johann Gottlieb Fichte and Ralph Waldo Emerson used the terms to label their idea of Transcendentalism. Autolatry is a another synonym with the same definition which was also used to label the philosophies of Stirner and Nietzsche.

Salisbury House, sometimes noted as the Weeks House, in Des Moines, Iowa is a Tudor, Gothic and Carolean style manor home built on a wooded hill with commanding views. It was built by cosmetic magnate Carl Weeks and his wife, Edith Van Slyke Weeks, between 1923 and 1928. Salisbury House was modeled after the King's House in Salisbury, England, contains 42 rooms and measures just over 22,000 square feet (2,000 m2). The property is owned and operated by the Salisbury House Foundation and is open to the public for tours, public events, and private rentals.

Kaniyar is a caste from the Indian state of Kerala. There are regional variations in the name used to define them. They are listed under the Other Backward Communities (OBC) by the Kerala Government. 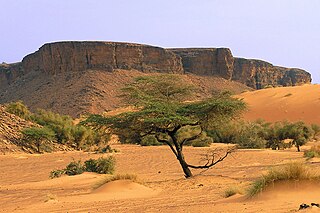 Alan Richard Tippett was a Methodist missionary, missiologist, and anthropologist.

Charles Peter Wagner was an American missionary, writer, teacher and founder of several Christian organizations. In his earlier years, Wagner was known as a key leader of the Church Growth Movement and later for his writings on spiritual warfare.

David Paul Porter is a former Canadian politician, who served in the Legislative Assembly of Yukon from 1982 to 1989. He was a member of the Yukon New Democratic Party.

Korata is one of the kebeles in the Amhara Region of Ethiopia. It is the location of the former town of Korata.

Nelson Antrim Crawford was a writer, editor, professor, and publisher. 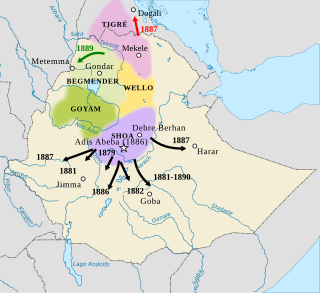 Menelik's Expansions, also known as the Agar Maqnat, was a series of wars and conquests carried out by Menelik II of Shewa to expand the Ethiopian Empire.

Aranmanai Siruvayal is a village in the Sivaganga District in Tamil Nadu, India.

Glenwood Cemetery is a historic cemetery for African American burials in Huntsville, Alabama. Burials include veterans, local politicians, and community leaders. It is on Hall Avenue. It was established in 1870 and succeeded a burial ground for enslaved African American north of where a hospital is now covered by a parking lot. Recognized as a site of historical significance, a historical marker commemorates its history. A local teacher and her students have helped catalogue some of its history. 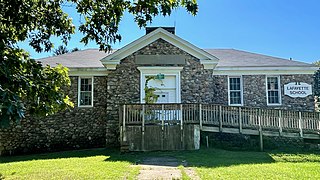 Lafayette School is a fieldstone schoolhouse built in 1921 and located at 79 Mill Road in the Lower Berkshire Valley section of Roxbury Township in Morris County, New Jersey. It was added to the National Register of Historic Places on September 1, 2022, for its significance in architecture. Designed by the architectural firm of Rasmussen & Wayland from New York City, the school features American Craftsman style.

Wikimedia Commons has media related to Throne of Jahangir .
This page is based on this Wikipedia article
Text is available under the CC BY-SA 4.0 license; additional terms may apply.
Images, videos and audio are available under their respective licenses.