Through Main Street with an Orchestra

50-year-old teacher Vasily Muravin is experiencing a middle-age crisis. He is replaced at work from his post as head of the department by a more pragmatic, but limited Valentin Romanovsky and his wife Lida earns more than him and habitually complains about his indecisiveness. Muravin finds it difficult to reconcile with peoples attitude towards him, but what makes him the most upset is his wife's disrespect towards his main hobby – guitar playing. One day unable to bear any more mockery he leaves his home. He plays for the public at the River Station and then decides not to return home or to work.

During one of his speeches to an idle public Muravin sees his daughter Ksenia. A new level of communication begins between them when they learn things about each other that they did notice during the time they lived together. Father helps Ksyusha to understand the situation with a married doctor Igor, from whom she is bearing a child (it later turns out to be a lie to make Igor stay with her).

Ksyusha tries to teach practicality to her father after she sees that the arranger Konstantin Mikhailovich brazenly appropriates the melodies which her father played on guitar.

For Muravin, what is more important is the existence of melodies and his own independence from the "artistic council".

Grand Duke Konstantin Konstantinovich of Russia was a grandson of Emperor Nicholas I of Russia, and a poet and playwright of some renown. He wrote under the pen name "K.R.", initials of his given name and family name, Konstantin Romanov.

The Snow Maiden is an opera in four acts with a prologue by Nikolai Rimsky-Korsakov, composed during 1880–1881. The Russian libretto, by the composer, is based on the like-named play by Alexander Ostrovsky.

Novikov, Novikoff or Novikova is one of the most common Russian surnames. Derived from novik - a teenager on military service who comes from a noble, boyar or cossack family in Russia of 16th-18th centuries. It may refer to:

Smirnov or Smirnova is one of the two most common surnames in Russia. Variants of transliteration: Smirnoff, Smirnow or Smyrnov. Smirnov is derived from an adjectival nickname smirnyj, that means "quiet, still, peaceful, gentle".

Vasily Vasilievich Andreyev was a Russian musician responsible for the modern development of the balalaika and several other traditional Russian folk music instruments, and is considered the father of the academic folk instrument movement in Eastern Europe. His accomplishments included: 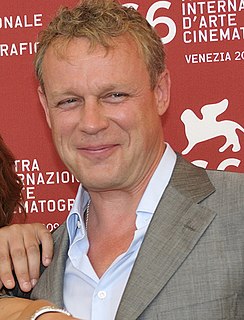 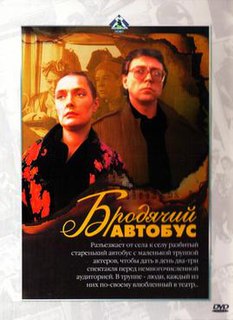 Vagrant Bus is a 1990 Soviet drama film, filmed at the studio Lenfilm by the director Iosif Kheifits. 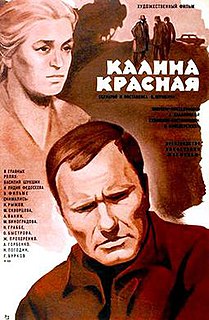 The Red Snowball Tree is a 1974 Soviet drama film written and directed by Vasily Shukshin. It was the most successful film of that year. In total, the film sold an estimated 140 million tickets at the Soviet box office, making it the highest-grossing Soviet film of all time. German film director and screenwriter Rainer Werner Fassbinder included The Red Snowball Tree in the top ten of his favorite films. 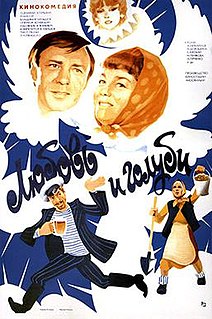 Love and Pigeons is a Soviet romantic comedy, filmed in 1984 at the Mosfilm film studio by director Vladimir Menshov whose previous film Moscow Does Not Believe In Tears won an Academy Award for Best Foreign Language Film. It is based on a script written by theater actor Vladimir Gurkin. The script is based on his play of the same name, written in 1981.

Twenty Days Without War is a 1976 Soviet film based on a story by Konstantin Simonov, directed by Aleksey German and starring Yuri Nikulin and Lyudmila Gurchenko.

Lidiya Nikolayevna Fedoseyeva-Shukshina is a Russian actress and widow of writer, actor and director Vasily Shukshin. She is the mother of actress and TV presenter Maria Shukshina. 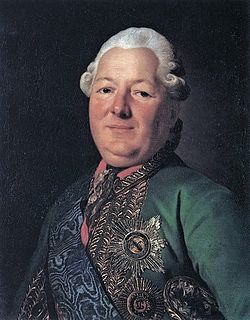 Prince Vasily Mikhailovich Dolgorukov-Krymsky was a general of the Russian Empire and Governor-General of Moscow from 1780 to 1782. Already a seasoned veteran of several wars, he was a senior military commander of the Russo-Turkish War of 1768–1774, where his forces occupied the Crimean Khanate, from which he derived his honorary title of "Krymsky".

Heavenly Court is a Russian supernatural legal drama television miniseries written and directed by Alena Zvantsova. The premiere took place in 2011 and four more episodes were aired in 2014. On the basis of the series, a full-length film was created. 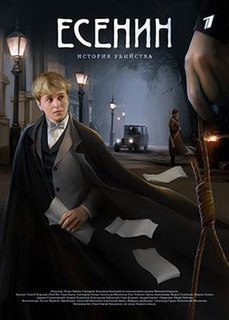 Yesenin is a 2005 Russian biographical eleven-episode television miniseries, directorial debut of Igor Zaitsev. It outlines the conspiracy version of the death of the Russian poet Sergei Yesenin. The series is based on the novel Yesenin. Story of a Murder by Vitali Bezrukov, and the main role was played by his son Sergey Bezrukov. 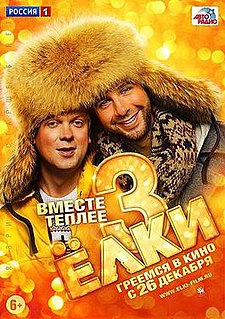 Leonid and Friends is a Chicago tribute band based in Moscow. Leonid and Friends started as a YouTube band and now also tours. The band leader and founder is Leonid Vorobyev, Russia. Vorobyev is a multi-instrumentalist, a recording studio sound engineer and choir conductor by training at the East Siberian Institute of Culture. Vorobyev made his first Chicago video recording in 2014 of the song Brand New Love Affair. With former Kyiv, Ukraine vocalist Serge Tiagniryadno, Leonid and Friends YouTube videos have gone viral, with views in the millions. Leonid & Friends have recorded three Chicago tribute albums, titled Chicagovich. After touring in Russia, the band first toured the United States in 2019. In 2018 Earth, Wind, & Fire's, Blood, Sweat & Tears, Tower of Power and The Ides of March songs were added to the playlist. Leonid Vorobyev's son, Roman Vorobyev (b.1991), is the band’s manager. The band's setup features bass and lead guitar, drums, keyboards, saxophone, trumpet and trombone, with occasional flugelhorn, French horn, flute, metal clarinet, cello and violin and miscellaneous percussion.