Through the Dark is a 4​1⁄2 minute 3D-animated interactive film, which is viewed in a web browser and rendered in real-time. The film is a collaboration between Google Play Music and Australian hip hop group Hilltop Hoods, featuring the band's song of the same title ("Through the Dark"). The song was written by band member MC Pressure (Daniel Smith) after his son was diagnosed with leukemia at eight-years-old. [6] Based on this experience, which is told through the song's lyrics, the film tells an emotional story of a boy and his father. [7] [8] Through the Dark has been awarded over 50 accolades at international award shows.

Through the Dark is experienced within a web browser and uses standard web technologies such as WebGL and Web Audio API. [3] When viewed on a mobile device, the film's virtual camera is mapped to the device's accelerometer. [9] The camera angle within the film is changed when the device is rotated or tilted, allowing the viewer to move between two worlds of light and dark. When viewed on a computer, the movement of the camera is controlled by scrolling. [2] 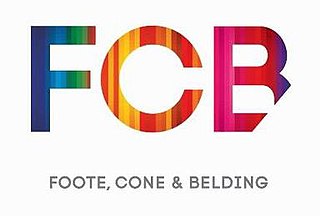 Evolution, also called The Evolution Of Beauty, is an advertising campaign launched by Unilever in 2006 as part of its Dove Campaign for Real Beauty, to promote the newly created Dove Self-Esteem Fund. The centre of the Unilever campaign is a 75-second spot produced by Ogilvy & Mather in Toronto, Ontario, Canada. The piece was first displayed online on 6 October 2006, and was later broadcast as a television and cinema spot in the Netherlands and the Middle East. The ad was created from the budget left over from the earlier Daughters campaign, and was intended to be the first in a series of such online-focused campaigns by the company. Later such videos include Onslaught and Amy.Evolution was directed by Canadian director Yael Staav and Tim Piper, with sound design handled by the Vapor Music Group, and post-production by SoHo.

AKQA is a digital agency that specialises in creating digital services and products. It employs 2,200 staff globally with 29 studios.

Yugo Nakamura is a Japanese web designer. Yugo studied engineering, architecture and landscape design. He is one of the authors of New Masters Of Flash (2003). Yugo has exhibited and lectured in Asia, United States, and Europe. His artwork has been shown at Center Pompidou in Paris, Vienna Künstlerhaus in Vienna, and the Design Museum in London. His commercial works have received many international awards, including Cannes Lions, One Show, Clio Award, and NY ADC. He utilizes mathematics underlying natural complexity to create online interactions that are usable and familiar because their behavior is modeled on the natural world.

Jonathan Dagan, known by his stage name J.Views, is a two-time Grammy nominated musician based in New York.

Brand New School is a creative design and production studio specializing in commercials, interactive media, branding consultation and design, and music videos. The company was founded by Jonathan Notaro and has offices in New York and Los Angeles. The studio has created content for many global brands, including Coca-Cola, Apple, Google, Nike, Gillette, Ford, and Starbucks, among others. The company has been recognized by AICP, Art Directors Club, D&AD, Cannes Lions, and AIGA.

RadicalMedia is a production studio founded by Jon Kamen and Frank Scherma. The company has produced projects in a variety of media, including feature films, television, branded content, commercials, live events, music videos and interactive media.

Bear 71 is a 2012 interactive National Film Board of Canada (NFB) web documentary by Leanne Allison and Jeremy Mendes about a grizzly bear in Banff National Park, who was collared at the age of three and was watched her whole life via trail cameras in the park. In March 2017, Bear 71 was re-released as a virtual reality work, viewable on Google Daydream and Google Cardboard.

Jason Zada is an American film director, music video director, screenwriter and digital marketeer, best known for Elf Yourself, an interactive viral holiday season campaign for OfficeMax, and for Take This Lollipop, an interactive horror short film created to raise awareness of the danger of placing too much personal information online.

Cheil Worldwide Inc. is a marketing company under the Samsung Group that offers advertising, public relations, shopper marketing, sports marketing, digital marketing, etc. It was established in 1973 with headquarters in Seoul, South Korea.

Amit Ravindernath Sharma is an Indian director and producer working predominantly as a director of television commercials.

Jason Ferguson is an American writer and producer mainly known for the London revival of the musical Ragtime and the immersive theatre show SXSWestworld.