Through the Eyes of the Law

Through the Eyes of the Law (Ante Los Ojos De La Ley), a book by Major League Baseball pitcher Miguel Batista, is a thriller about a serial killer. [1] It was released on January 25 in the Dominican Republic and on February 10 in Puerto Rico. It has achieved success in both countries. An English edition was published on September 12, 2006 under the title The Avenger of Blood: A Plot Where Real Facts and Evidences Face Faith. 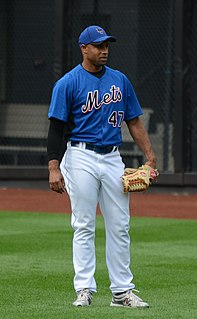 The Dominican Republic is a country located on the island of Hispaniola in the Greater Antilles archipelago of the Caribbean region. It occupies the eastern five-eighths of the island, which it shares with the nation of Haiti, making Hispaniola one of only two Caribbean islands, along with Saint Martin, that are shared by two sovereign states. The Dominican Republic is the second-largest Caribbean nation by area at 48,671 square kilometers (18,792 sq mi), and third by population with approximately 10,299,000 people, of whom approximately three million live in the metropolitan area of Santo Domingo, the capital city.

Through the Eyes of the Law (Ante Los Ojos De La Ley) develops a plot where real facts and evidences face faith, a case in which all the proofs project the truth, but question what is right when faith imposes itself. In the story, the lawyer, Samuel Escobar, and the priest, Damian, try to demonstrate that Thomas Santiago, a fourteen-year-old child, is innocent. He cannot be the serial killer the Arizona Police are looking for even if all the evidence points the contrary.

A serial killer is typically a person who murders three or more people, usually in service of abnormal psychological gratification, with the murders taking place over more than a month and including a significant period of time between them. Different authorities apply different criteria when designating serial killers. For example, while most authorities set a threshold of three murders, others extend it to four or lessen it to two. The Federal Bureau of Investigation (FBI) defines serial killing as "a series of two or more murders, committed as separate events, usually, but not always, by one offender acting alone". 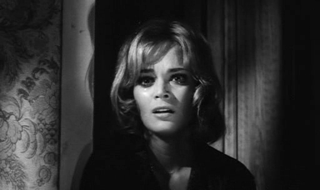 Giallo is a 20th-century Italian genre of literature and film. Especially outside of Italy, giallo refers specifically to a particular Italian thriller-horror genre that has mystery or detective elements and often contains slasher, crime fiction, psychological thriller, psychological horror, sexploitation, and, less frequently, supernatural horror elements. In Italy, the term generally denotes thrillers, typically of the crime fiction, mystery, and horror subgenres, regardless of the film's country of origin.

Premios MTV Latinoamérica was the Latin American version of the Video Music Awards. They were established in 2002 to celebrate the top music videos of the year in Latin America and the world. They are presented annually and broadcast live on MTV Networks Latin America. Until 2004, all the VMALAs were held in Miami. The 2005 edition was the first one planned to be held outside the United States, but the show was cancelled. The 2006 VMALAs were held in Mexico City, and therefore were the first ones to actually be celebrated in Latin America. In 2010 the awards were permanently cancelled.

Luis Alberto Cuevas Olmedo, better known as Beto Cuevas, is a Chilean-Canadian singer, plastic artist, painter, and actor. He is the lead singer for the Chilean band La Ley. In 2008 he launched his solo career with the release of his album, "Miedo Escenico". In 2012 he released his second album called "Transformación". 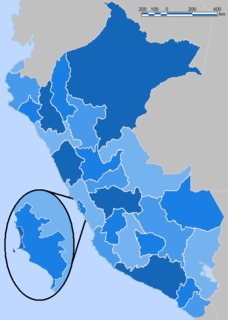 The regions of Peru are the first-level administrative subdivisions of Peru. Since its 1821 independence, Peru had been divided into departments but faced the problem of increasing centralization of political and economic power in its capital, Lima. After several unsuccessful decentralization attempts, the legal figure of region became official and regional governments were elected to manage the departments on November 20, 2002, until their planned fusion into real regions.

The National Institute of Cinema and Audiovisual Arts is an agency of the Government of Argentina. It promotes the Argentine film industry by funding qualified Argentine film production companies and supporting new filmmakers. The Institute was established on 14 May 1968 by law nº 17.741. The INCAA also organizes the Mar del Plata International Film Festival, Ventana Sur film market, and has its own film school called ENERC.

The Day of the National Flag is the holiday dedicated to the Argentine flag and to the commemoration of its creator, Manuel Belgrano. It is celebrated on June 20, the anniversary of Belgrano's death in 1820. This date was designated in 1938.

San Manuel Bueno, mártir (1931) is a nivola by Miguel de Unamuno (1864–1936). It experiments with changes of narrator as well as minimalism of action and of description, and as such has been described as a nivola, a literary genre invented by Unamuno to describe his work. Its plot centers on the life of a parish priest in a small Spanish village. It was written in a period of two months at the end of 1930 along with two other stories, and was included on the Index Librorum Prohibitorum. The possibility that they may form a trilogy in three significant parts, or "partos" (births) as Unamuno suggested in the Prologue to the 1933 edition, has only recently been considered.

The Smiley face murder theory is a theory advanced by retired New York City detectives Kevin Gannon and Anthony Duarte, and Dr. Lee Gilbertson, a criminal justice professor and gang expert at St. Cloud State University. They allege that a number of young men found dead in bodies of water across several Midwestern American states from the late-1990s to the 2010s did not accidentally drown, as concluded by law enforcement agencies, but were victims of a serial killer or killers. The term smiley face became connected to the alleged murders when it was made public that the police had discovered graffiti depicting a smiley face near locations where they think the killer dumped the bodies in at least a dozen of the cases. Gannon wrote a textbook case study on the subject titled, "Case Studies in Drowning Forensics". The response of law enforcement investigators and other experts has been largely skeptical.

Grim Sleeper is the nickname for convicted serial killer Lonnie David Franklin Jr., responsible for at least ten murders and one attempted murder in Los Angeles, California. The attacker was dubbed the "Grim Sleeper" because he appeared to have taken a 14-year break from his crimes, from 1988 to 2002. In July 2010, Franklin was arrested as a suspect, and, after many delays, his trial began in February 2016. On May 5, 2016, the jury convicted him of killing nine women and one teenage girl. On June 6, 2016, the jury recommended the death penalty, and on August 10, 2016, the Los Angeles Superior Court sentenced him to death for each of the ten victims named in the verdict.

The first season of Dexter is an adaptation of Jeff Lindsay's first novel in a series of the same name, Darkly Dreaming Dexter. Subsequent seasons have featured original storylines. This season aired from October 1, 2006 to December 17, 2006, and follows Dexter's investigation of "The Ice Truck Killer". Introduced in the first episode, "Dexter", this serial killer targets prostitutes and leaves their bodies severed and bloodless. At the same time, Dexter's foster sister, Debra Morgan, a vice squad officer, aspires to work in the homicide department, and Dexter's girlfriend, Rita Bennett, wants their relationship to be more intimate. Christian Camargo appears as Rudy Cooper and is a recurring character until the end of the season.

The Secret in Their Eyes is a 2009 crime drama film directed, co-written, produced and edited by Juan José Campanella, based on the novel La pregunta de sus ojos by Eduardo Sacheri, who also co-wrote the screenplay. The film is a joint production of Argentine and Spanish companies.

A referendum consisting of ten questions was held in Ecuador on 7 May 2011. The ballot questions included whether to 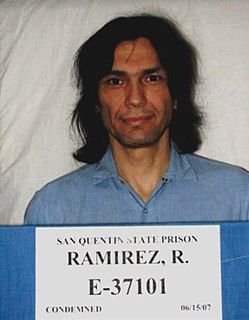 Ricardo Leyva Muñoz Ramírez, known as Richard Ramirez, was an American serial killer, rapist, and burglar. His highly publicized home invasion crime spree terrorized the residents of the greater Los Angeles area and later the residents of the San Francisco area from June 1984 until August 1985. Prior to his capture, Ramirez was dubbed the "Night Stalker" by the news media. He used a wide variety of weapons, including handguns, knives, a machete, a tire iron, and a hammer. Ramirez, who was an avowed Satanist, never expressed any remorse for his crimes. The judge who upheld Ramirez's thirteen death sentences remarked that his deeds exhibited "cruelty, callousness, and viciousness beyond any human understanding". Ramirez died of complications from B-cell lymphoma while awaiting execution on California's death row.

Mi ex me tiene ganas is a Venezuelan telenovela written by Martín Hahn and produced by Venevisión in 2012.

Heart's Decree, is a Colombian telenovela created by Mónica Agudelo Tenorio and adapted for television by Felipe Agudelo. It is dedicated to the memory of Agudelo after her death in 2012. It started airing on Colombian broadcast channel RCN Televisión on November 28, 2016. The series is available in 4K Ultra-high-definition television.