Through the Night (novel)

Through the Night (Norwegian : Gjennom natten) is a 2011 novel by the Norwegian writer Stig Sæterbakken. It tells the story of a father who goes through the mourning process after his 18-year-old son commits suicide. It was Sæterbakken's last book.

The book was awarded P2-lytternes romanpris and Ungdommens kritikerpris in Norway. [1] [2] The English translation by Seán Kinsella was longlisted for the 2014 Best Translated Book Award. [3]

It is painful, but also rewarding to read, primarily because Sæterbakken writes enormously well. The language never becomes a shield or filter, quite the opposite, it drills into the darkness, with a precision and ingenuity in the use of images that paradoxically feels liberating[.] ... None of the simple constituents is particularly original, it is rather about playing with familiar motifs, but Sæterbakken shows that he masters classic, fear-inducing storytelling. [4]

Saeterbakken's confident articulation of the myriad emotions and symptoms that make up Meyer's grief is a grand example of drawing universality from extreme specificity; the prose is evocative in a way that forces the reader to feel deeply the entire gamut of his particular sorrow and guilt while also being an observer of his wife divergent experience. ... Readers may lose the plot's thread in a surreal sequence towards the end, but it is not wholly disorienting. Though hardly uplifting, Saeterbakken last is notable for the beauty and heartbreak of its narration. [5] 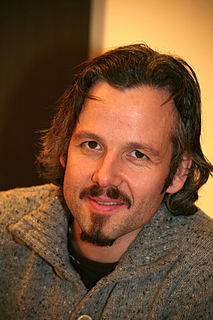 Per Sandberg is a Norwegian politician for the Capitalist Party and formerly the Progress Party who served as the Norwegian Minister of Fisheries from 2015 to 2018. Sandberg has been a member of the Norwegian parliament since 1997, and served as chair of the parliamentary standing committees on Justice, and Transport and Communications. He has additionally held the position of first deputy leader of the Progress Party from 2006 to 2018. In 1997 he was convicted of assault and battery of an asylum seeker. His status as a convicted felon has made him controversial in Norwegian politics. 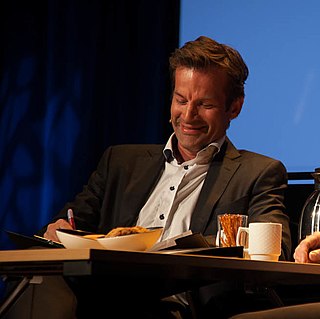 Jon Almaas is a Norwegian TV-host and actor, best known from the weekly comedy Nytt på nytt which he hosted for 17 years.

Invisible hands is a 2007 novel by Norwegian author Stig Sæterbakken. It tells the story of an inspector who investigates the case of a missing girl and begins a destructive love affair with girl's mother. 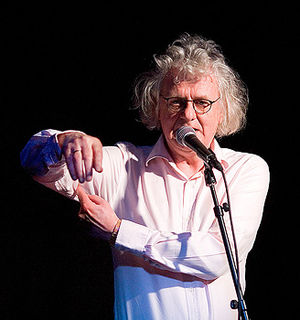 Per Inge Torkelsen was a Norwegian comedian, author, radio personality, and self declared clown. He was known for the Norwegian expression "Gi ungdommen en flaske brennevin før idretten tar dem". In 2007 he was elected into the city council in Stavanger for the Liberal Party of Norway. Between 2003 and 2007 he was the leader of the Eiganes og Våland borough council. He was listed as a clown in the telephone book. 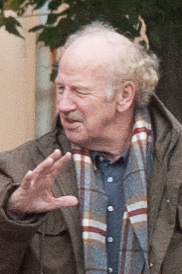 Hanne Stine Nabintu Herland is a Norwegian author, who hosts a website and Youtube channel both named the Herland Report. She has a master's degree in history of religions from the University of Oslo.

Mette Karlsvik is a Norwegian author.

Stella is a monthly Norwegian women's lifestyle magazine published by Bonnier Media which was launched on 14 March 2011. Its tagline is Indre styrke, ytre stil and its main focus is on beauty, health, fashion, and lifestyle.

Kjetil Rolness is a Norwegian sociologist with main interest in taste sociology and pop cultural expressions. He is also a writer, lecturer and entertainer. He is active as a social commentator in social media and a columnist for Aftenposten, and has published several books.

Morning and Evening is a 2000 novella by the Norwegian writer Jon Fosse. It tells the story of a fisherman: the first part of the book is about his birth seen from the perspective of his father, and the second part is about his death, when he revisits important places and moments from his life. The book was published in English in 2015.

Don't Leave Me is a 2009 novel by the Norwegian writer Stig Sæterbakken. It tells the story of a 17-year-old boy with a dark personality who falls in love with a woman for the first time, but his fear that she will leave him destroys the relationship. The story is told in reverse chronology and written in second person. 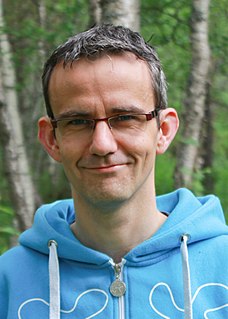