Thrown into Exile is an American heavy metal band from Los Angeles, California, United States. They got their first break in 2012 when they were able to win the “Road to Mayhem” competition to secure a slot performing on the same bill as bands Slipknot, Motörhead, Anthrax, and Slayer. [1] The band has so far released one EP and toured on the Mayhem Festival 2013 in support of it. [2] The band has opened for a number of notable bands including Sepultura, Fear Factory, Chimaira, All Shall Perish, Testament, Morbid Angel, and more. [3]

In 2012, Thrown into Exile toured on the Rockstar Mayhem Festival, the Summer Slaughter tour and the California Metalfest, as well as opening slots for Testament, Fear Factory and Sepultura. [4] The band worked on their debut four-song 2013 EP. [5] They're working with producer Mike Spreitzer of the band DevilDriver. [6] In 2012, the band got connected with the people from Mayhem Festival when they did the Headbang for the Highway contest to win a spot on the Sumerian Stage. [7] They won the battle of the bands to open up the Sumerian Stage for the first day in San Bernardino of Mayhem Fest. [6]

The band's Thrown into Exile debut EP was released on April 2, 2013 via iTunes, and Amazon. The EP was produced by DevilDriver guitarist Mike Spreitzer. For summer 2013, the band will return on this years Rockstar Mayhem Festival, but now as an official touring band for the entire tour. They will share the stage with headliners Rob Zombie, Five Finger Death Punch, Mastodon, & Machine head. [1] Sirius Radio Liquid Metal channel has been playing and supporting their first single Not Alone all summer long and have been receiving constant requests to play it. [6]

The band has been working on their debut full-length album due out in 2014. [8] According to Evan's Facebook, he said they already have about 7 songs finished, and that they were shopping around for the right label to sign to before they release it. [4]

On December 23, 2014, it was announced that Henry Derek, the current vocalist for Act of Defiance and former vocalist for Scar the Martyr, was the band's new vocalist. The band also released a new song titled "Restore the Truth", which features former DevilDriver drummer John Boecklin. [11] A few days later, the rest of the band lineup was also revealed.

In an interview, guitarist Mario Rubio had stated on behalf of the bands influences as: "I mean the list goes on and on and on! But there’s also stuff outside of metal, our drummer Chase comes from a jazz, funk, & R&B background and I really enjoy listening to Louis Prima, Dean Martin, Depeche Mode, Morrisey, The Smiths, Frank Sinatra etc. [12]

Former vocalist Evan Seidlitz has also cited that his vocal style, image, and stage performance is influenced by Björn Strid of Soilwork, [16] Satyr of Satyricon, and Shagrath of Dimmu Borgir. [19] 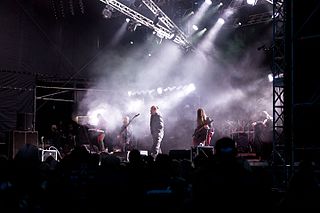 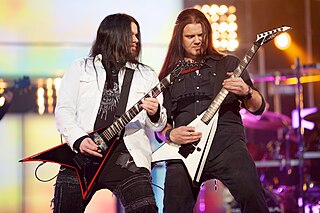 Susperia is a Norwegian black/thrash metal band formed in October 1998 by Tjodalv and Cyrus.

Stian Tomt Thoresen, known professionally as Shagrath, is a Norwegian musician best known as the vocalist, founding member and multi-instrumentalist of the band Dimmu Borgir.

Nicholas Howard Barker is a British extreme metal drummer best known as for his work in Cradle of Filth and Dimmu Borgir. Currently he is the drummer for Brujeria. 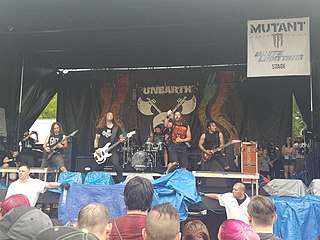 The Metaltown Festival was a three-day festival featuring heavy metal bands, held in Gothenburg, Sweden. It has been arranged annually since 2004 and the last festival was held in 2016.

This is a timeline documenting the events of heavy metal in the year 2005.

Winds of Plague is an American heavy metal band from Upland, California. Formed in 2002, the band is known for being one of the few deathcore bands to incorporate symphonic elements into their music. 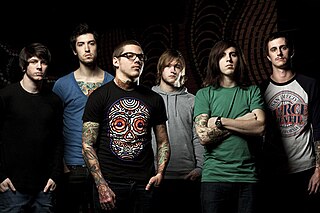 Whitechapel is an American deathcore band from Knoxville, Tennessee. The band is named after the Whitechapel district in East London, England, where Jack the Ripper committed a series of murders. The group comprises vocalist Phil Bozeman, guitarists Ben Savage, Alex Wade, and Zach Householder, and bassist Gabe Crisp. Founded in 2006 by Bozeman and Savage, the band has released seven studio albums and fourteen music videos, and are currently signed to Metal Blade Records. Whitechapel's 2010 album A New Era of Corruption, sold around 10,600 copies in the United States in its first week of release and debuted at position No. 43 on the Billboard 200 chart. The band's self-titled fourth album was released on June 19, 2012, and debuted at No. 47 on the Billboard 200, selling roughly 9,200 copies in its first week. In 2014 the band released their fifth full-length album, Our Endless War to generally positive reviews. The album sold roughly 16,000 copies in its first week and debuted at no. 10 on the Billboard 200. They released their sixth full-length album Mark of the Blade in 2016 to greater critical acclaim, selling roughly 8,000 copies in the first week of its release, and in 2019, they released their seventh album, The Valley, also to critical acclaim.

Darker-half is a heavy metal band from Sydney, led by vocalist Vo Simpson and known for their energetic live performances, their style has been described as power/thrash.

Betraying the Martyrs are a French metalcore band from Paris. 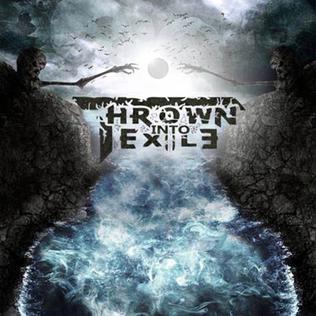 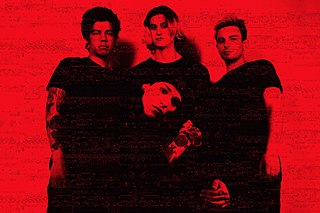 Sworn In is an American metalcore band from Grayslake, Illinois. The band was formed in 2011 and consists of vocalist Eugene Kamlyuk, bassist Derek Bolman, guitarist Chris George and drummer Alex Marcelletti. They were signed to Razor & Tie from May 2013 to the summer of 2016.

Shattered Sun is an American metalcore band from Alice, Texas, formed in July 2005. They are unsigned.

Henry Derek Elis is an American musician and the lead vocalist for the extreme metal band Act of Defiance from Los Angeles, California.