Thrust was a magazine for science fiction fans, offering commentary and criticism of work published within the genre. Nominated for a Hugo Award for Best Fanzine in 1980, it received four other nominations for best semi-prozine in the following years (1988, 1989, 1990, and 1991). [2] As a trade magazine, it expanded rapidly, moving to offset covers. Ultimately the circulation rose to 1,700. Columnists at various times included Ted White, Charles Sheffield, Lou Stathis, John Shirley, Michael Bishop, David Bischoff, Chris Lampton, Darrell Schweitzer and Jeffrey Elliot. Dan Steffan provided art direction for the magazine. [1] 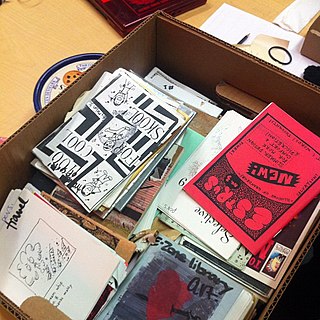 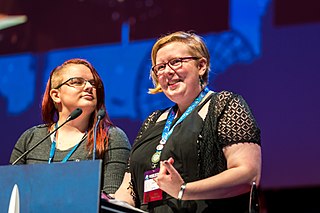 The Hugo Award for Best Semiprozine is given each year for semi-professionally-edited magazines related to science fiction or fantasy which had published four or more issues, with at least one issue appearing in the previous calendar year. Awards were once also given out for professional magazines in the professional magazine category, and are still awarded for fan magazines in the fanzine category. The Hugo Awards have been described as "a fine showcase for speculative fiction" and "the best known literary award for science fiction writing".

Mimosa was a science fiction fanzine edited by Richard Lynch and Nicki Lynch. It won six Hugo Awards for Best Fanzine and was nominated a total of 14 times (1991-2004). The headquarters was in Gaithersburg, Maryland. 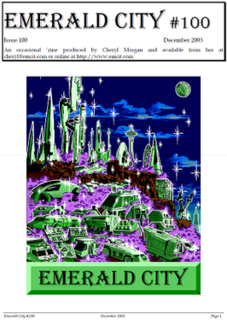 Emerald City was a science fiction fanzine published in print and on the internet by Cheryl Morgan. She had assistance from Kevin Standlee and Anne Murphy. The magazine published 134 regular issues and 6 special issues between September 1995 and October/November 2006. Emerald City received several Hugo Award nominations during its run, winning once in 2004 in the Best Fanzine category. 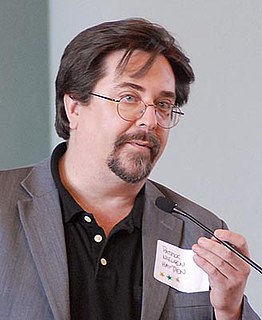 Patrick James Nielsen Hayden, is an American science fiction editor, fan, fanzine publisher, essayist, reviewer, anthologist, teacher and blogger. He is a World Fantasy Award and Hugo Award winner, and is an editor and the Manager of Science Fiction at Tor Books.

Richard E. Geis was an American science fiction fan and writer, and erotica writer, from Portland, Oregon, who won the Hugo Award for Best Fan Writer in 1982 and 1983; and whose science fiction fanzine Science Fiction Review won the 1969, 1970, 1977 and 1979 Hugo Awards for Best Fanzine. His The Alien Critic won the Best Fanzine Hugo in 1974, and in 1975 as sole first place. 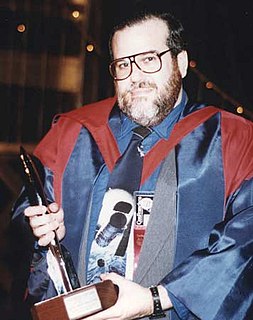 Algol: The Magazine About Science Fiction was published from 1963–1984 by Andrew Porter. The headquarters was in New York City. The name was changed to Starship in 1979.

Trap Door is a science-fiction fanzine published by Robert Lichtman, with the first issue appearing in October 1983. 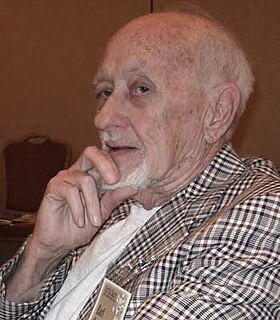 John Bangsund was a prominent Australian science fiction fan in the 1960s, 1970s, and 1980s. He was a major force, with Andrew I. Porter, behind Australia winning the right to host the 1975 Aussiecon, and he was Toastmaster at the Hugo Award ceremony at that convention.

Futuria Fantasia was an American science fiction fanzine created by Ray Bradbury in 1938, when he was 18 years old. Though only four issues of the fanzine were published, its list of contributors included Hannes Bok, Forrest J. Ackerman, Henry Kuttner, Damon Knight, and Robert A. Heinlein.