KJZZ is a National Public Radio member station in Phoenix, Arizona. Owned by Rio Salado College, it operates from studios on the college's campus in Tempe. KJZZ airs a format of NPR, jazz, and blues. KJZZ is sister station to the area's main classical music station, KBAQ. 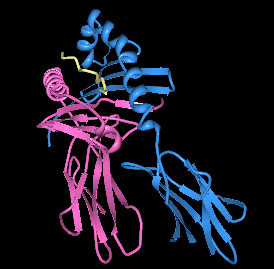 HLA-DQ8 (DQ8) is a human leukocyte antigen serotype within the HLA-DQ (DQ) serotype group. DQ8 is a split antigen of the DQ3 broad antigen. DQ8 is determined by the antibody recognition of β8 and this generally detects the gene product of DQB1*0302.

The yellow-haired hill rat is a species of rodent in the family Muridae. It is found only in Sulawesi, Indonesia, including Lore Lindu National Park.

Koksu District is a district of Almaty Region in Kazakhstan. The administrative center of the district is the settlement of Balpyk Bi. It is named after the largest river in the area: Koksu River. Population: 39,617 ; 38,417 ; 40,105 .

Świętosław is a village in the administrative district of Gmina Wałcz, within Wałcz County, West Pomeranian Voivodeship, in north-western Poland.

Liede Station is a station on Line 5 of the Guangzhou Metro. It is located under the junction of Huacheng Avenue (花城大道) and Liede Avenue (猎德大道), in Liede, Tianhe District, near the Guangzhou International Finance Center in Zhujiang New Town. The station opened on 28 December 2009.

The Passadumkeag River is a river in Maine. From the confluence of its East Branch and West Branch in Maine Township 3, Range 1, NBPP, the river runs 48.2 miles (77.6 km) south and west to its mouth on the Penobscot River in Passadumkeag.

Peritoró is a municipality in the state of Maranhão in the Northeast region of Brazil.

Viana is a municipality in the state of Maranhão in the Northeast region of Brazil. 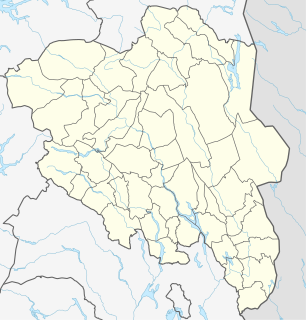 Svarthøi is a mountain in the municipality of Lesja in Innlandet, in southern Norway.

Malča is a village located in the Niš city municipality of Pantelej, Serbia. As of 2011 census, it has a population of 1,030 inhabitants.

Goura is a village in Centre Province, Cameroon. Cocoa production is a source of income for residents in Goura. The Ndjim River runs through Goura.

The National Assembly Building is used by the Bulgarian parliament for parliamentary debates. The main building has been proclaimed a monument of culture for its historic significance. Situated in downtown Sofia, it was designed in Neo-Renaissance style by Konstantin Jovanović, a Serbian-Bulgarian architect who received his education in Vienna and Switzerland and whose other works include the Parliament of Serbia building. It was constructed between 1884 and 1886 by Friederich Wilhelm Gustav Liebe, a young builder from Saxony who was only 22 years old when construction began. The building was originally painted in an off-white hue, but since the latter part of the 20th century has been white.

The rue de La Sourdière is a street in the 1st arrondissement of Paris, in France.

Prolame, also known as 17β-( amino)estradiol, is a synthetic, steroidal estrogen and a 17β-aminoestrogen with anticoagulant effects that was first described in 1985 but was never marketed.

Pentolame, also known as 17β-( amino)estradiol is a synthetic, steroidal estrogen and a 17β-aminoestrogen with anticoagulant effects that was first described in 1993 and was never marketed. 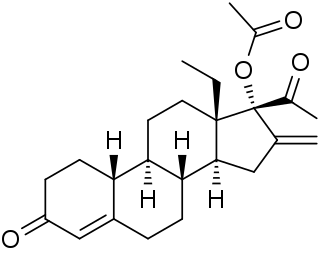 18-Methylsegesterone acetate is a progestin medication of the 19-norprogesterone group which was never marketed. It was first described in a patent in 1997 and then in a literature paper in 2003. 18-Methyl-SGA is the C18 methyl or C13β ethyl derivative of segesterone acetate, and shows 3 to 10 times the progestogenic potency of SGA in bioassays. This is analogous to the case of the 19-nortestosterone progestin norethisterone and its 18-methyl derivative levonorgestrel, the latter showing substantially increased potency relative to the former similarly. As SGA is already one of the most potent progestins to have been developed, with 100-fold the potency of progesterone and 10-fold the potency of levonorgestrel in bioassays, 18-methyl-SGA is an extremely potent progestogen, among if not the most potent known.

Montreal Lake 106B is an Indian reserve of the Montreal Lake Cree Nation in Saskatchewan. It is 39 kilometers north of Prince Albert. In the 2016 Canadian Census, it recorded a population of 442 living in 113 of its 118 total private dwellings. In the same year, its Community Well-Being index was calculated at 47 of 100, compared to 58.4 for the average First Nations community and 77.5 for the average non-Indigenous community.