Trần Thị Đang was born to Trần Hưng Đạt, a scholar who then served Hanlin Academy under Nguyễn lords, and his first wife, lady Lê Thị Cầm in 1769 at Văn Xá village of Hương Trà district. A daughter from a reputable family, during the 1774 offensive she was chosen as maidservant to Queen Mother Ý Tĩnh - mother of lord Nguyễn Phúc Ánh (later Emperor Gia Long) - who sought asylum in Cửa Tùng. One year later, her father and uncle was seized by Trịnh lord’s army in Quảng Nam. Despite having escaped, they were unable to come back to the South, thus presumed dead for nearly 18 years. [2]

In 1779, Đang went South to Gia Định along with Nguyễn Ánh’s sisters following Queen Mother Ý Tĩnh. She became the lord’s concubine (左宮嬪; lit. Concubine of the Left) two years later at the age of 14 and was then commonly called by the title of Nhị phi (二妃; lit. Second wife). [2]

Legend has it that one night in 1788, after Nguyễn Ánh had conquered Gia Định, she dreamt of a deity giving her one brilliant red imperial seal and two common ones. The dream was later regarded by posterity as prophetic and the seals represented her three children, with the imperial seal being her first-born who would ascend to the throne years afterwards. [3] 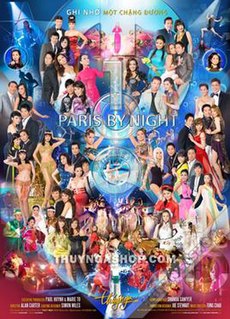 The abdication of Emperor Bảo Đại took place on 25 August 1945 and marked the end of the 143-year reign of the Nguyễn dynasty over Vietnam ending the Vietnamese monarchy. Bảo Đại abdicated in response to the August Revolution. A ceremony was held handing power over to the newly established Democratic Republic of Vietnam, which was established during the end of World War II in Asia as Vietnam had been occupied by French and later Japanese imperialists. 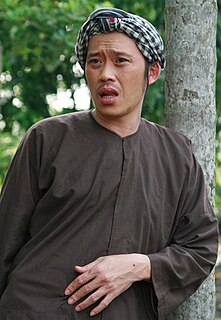 Võ Nguyễn Hoài Linh, better known by his stage name Hoài Linh, is a Vietnamese American comedian and actor. A frequent collaborator of Thúy Nga center, he is known for his comedy performances alongside other artists such as Vân Sơn and Chí Tài.