This network had three segments that connected three standard gauge stations: In Wilischthal and Schönfeld-Wiesa were connections to the Annaberg-Buchholz-Flöha railway, and in Meinersdorf was a connection to the Chemnitz–Adorf railway. The three segments had their hub in Thum. This set of railroads brought much-needed connectivity and transport capacity to the small towns and villages of the central Ore Mountains, which had formed a viable industry in the 19th century due to abundance of water power, wood, ore and other natural resources as well as cheap labour.

This was the first segment to be finished for the Thumer Netz. Construction started in September 1885, and operations started on December 15, 1886. Length of this segment was 13.54 km (8.41 mi). The track started at the Wilischthal station in Zschopau on the Annaberg-Buchholz–Flöha railway, located in the Zschopau valley, and wound its way along the Wilisch river through Wilischau, Grießbach, Venusberg and Herold into Thum.

This segment operated until 1972. The tracks between the paper mill in Wilischthal and Thum were slowly demolished in the following years. The short remaining section operated until 1992 as an industrial siding, connecting the paper mill with the regular gauge tracks in Zschopau. This short section of tracks still exists today, but is in unusable condition.

This segment was opened in 1888 and featured the Greifenbachtal bridge, at the time one of the largest narrow gauge bridges in Germany. The initial segment started in Schönfeld-Wiesa and ran via Tannenberg to Geyer, parallel to the roadway between the towns. In Geyer the tracks made a wide 180 degree turn through the middle of town to arrive at the station in Geyer. In 1906 the track was extended to Ehrenfriedersdorf and Thum, which obsoleted the short connection between Herold and Ehrenfriedersdorf on the Wilischthal-Thum segment. In Thum, a new station was built to connect the new railway to the already existing segment.

Passenger service operated until 1968. Sections were dismantled over the following years. After 1972, only the short distance from Schönfeld-Wiesa to the paper mill was still being used as an industrial siding. In 1985, this short section was upgraded to regular gauge tracks.

This segment of the Thumer Netz was finished in 1911 and connected the existing two segments with the Chemnitz–Adorf railway. Starting from Thum, the track went uphill via the neighboring Jahnsbach into Hormersdorf and from there downhill again via Auerbach and Gornsdorf into the Meinersdorf station. Total track length was 12.5 km (approx. 8 miles). By the early 1970s the tracks were in relative disrepair and had many slow zones. Last passenger operation was in 1974 and the track was dismantled in 1976, which marked the end of the Thumer Netz.

The first segment between Wilischthal and Thum was opened in 1886 with three Saxon I K, serial 25, 26 and 27. Some more locomotives of this type were used between Schonfeld-Wiesa and Geyer, but due to the lack of power they were soon replaced by the Saxon III K. This type had sufficient power for the windy and step tracks, but because of their complicated design, starting in 1892 they were replaced by the Saxon IV K, which went on to become the most numerous narrow gauge locomotive in Germany.

After reinforcement of the track bed and bridges, in 1925 the first superheated locomotives of type Saxon VI K were tested, by 1928 as many as 13 of this type operated on the Thumer Netz. In the summer of 1933 the first Einheitsdampflokomotive of the DRG Class 99.73–76 showed up around Thum.

After World War II, starting in 1953 the network was equipped with the Neubaulokomotive of the DR Class 99.77-79. This type ran on the Thumer Netz until it was shut down. [1]

When the first segment was opened, only relatively short 4-wheel boxcars and passenger cars were used. In 1892 the first passenger cars with bogies were employed, which replaced the 4-wheel cars over the following years. For freight cars this transition did not happen until the early 20th century, when freight cars with bogies for wood and gravel were put into service. The first transporter wagons started service around 1912, and by 1945 completely replaced any of the narrow gauge freight cars.

The Greifenbachtal bridge was a large train bridge on the Schönfeld-Wiesa - Thum segment of the Thumer Netz. It was one of the largest narrow gauge train bridges in Germany and crossed the Greifenbach valley approximately 1.5 km (0.93 mi) north east of Geyer.

The 180.60-metre-long (592.5 ft) bridge was manufactured by Kelle & Hildebrandt in Dresden. Construction took place from 1904 until 1905 at a cost of 130,109 German gold marks. It featured a 6-foot-tall (1.8 m) blast fence, therefore the view from the bridge was rather limited. The bridge was a landmark of the Thumer Netz. After the Schönfeld-Wiesa-Thum railroad was closed on August 15, 1967, the bridge was not used for 10 years, until it was torn down in October 1977. The bridge was cut and pulled down via bulldozer, and cut into smaller pieces on the ground.

Marienberg is a town in Germany. It was the district capital of the Mittlerer Erzgebirgskreis in the southern part of Saxony, and since August 2008 it has been part of the new district of Erzgebirgskreis. As of 2007, the town had 14,181 inhabitants.

The narrow-gauge railways in Saxony were once the largest single-operator narrow-gauge railway network in Germany. In Saxony, the network peaked shortly after World War I with over 500 km (311 mi) of tracks. At first, it was primarily created to connect the small towns and villages in Saxony – which had formed a viable industry in the 19th century – to already established standard-gauge railways. But even shortly after 1900, some of the railways would become important for tourism in the area.

The Fichtelberg railway is a 750 mm narrow-gauge railway that leads from the standard-gauge international line at Cranzahl to the ski resort of Oberwiesenthal in the Erzgebirge mountains in eastern Germany. It takes its name from the Fichtel Mountain near Oberwiesenthal.

Thum is a small town in the district of Erzgebirgskreis, in the Free State of Saxony, Germany. Thum has a population of about 5800.

Geyer is a town in the district of Erzgebirgskreis, in Saxony, Germany. It has a population of about 4000.

The German Class 99.73-76 engines were standard locomotives (Einheitslokomotiven) in service with the Deutsche Reichsbahn for Saxony's narrow gauge railways. Together with their follow-on class, the DR Class 99.77-79, they were the most powerful narrow gauge locomotives in Germany for the 750 mm track gauge. 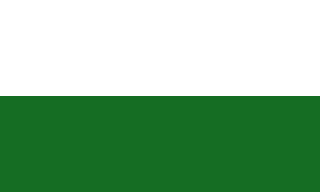 The Royal Saxon State Railways were the state-owned railways operating in the Kingdom of Saxony from 1869 to 1918. From 1918 until their merger into the Deutsche Reichsbahn the title 'Royal' was dropped and they were just called the Saxon State Railways.

The steam locomotives of DR Class 99.77–79 were ordered by the Deutsche Reichsbahn in East Germany after the Second World War. They were narrow gauge locomotives with a 750 mm rail gauge and were built for the narrow gauge lines in Saxony. The locomotives were largely identical to the DRG Class 99.73–76 standard locomotives (Einheitslokomotiven) built in the 1930s. To differentiate them from their predecessors they were described as Neubaulokomotiven or newly designed engines. 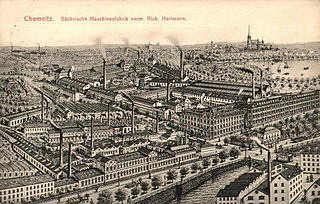 The Sächsische Maschinenfabrik in Chemnitz was one of the most important engineering companies in Saxony in the second half of the 19th century and the first two decades of the 20th century. Including its various predecessor businesses, the firm existed from 1837 until its liquidation in 1930, and individual branches of the company taken over by others continued to operate until 1990. The company is closely linked with the name of its founder and long-time manager, Richard Hartmann, whose name formed part of the new company title in 1898: the Sächsische Maschinenfabrik vormals Richard Hartmann.

The Saxon IV K were eight-wheeled, narrow gauge, Günther-Meyer type steam engines built for the Royal Saxon State Railways with a track gauge of 750 mm. A total of 96 were built between 1892 and 1921, making the Saxon IV K the most numerous narrow gauge locomotive in Germany. In 1925 the Deutsche Reichsbahn grouped these engines into their DRG Class 99.51–60.

The 750 mm gauge Mügeln railway network was a network of narrow gauge lines in Saxony, eastern Germany, running between Oschatz, Döbeln, Neichen, Strehla and Lommatzsch, whose operational hub was at Mügeln. The routes were built primarily to reach the rural hill country of central Saxony. Mügeln station was once one of the largest narrow gauge railway stations in Europe. 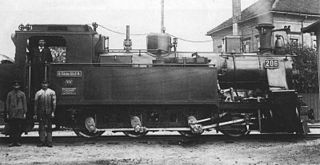 The Saxon Class V K were German, eight-coupled, narrow gauge steam locomotives operated by the Royal Saxon State Railways which had been primarily intended for the Müglitztalbahn. In 1925 the Deutsche Reichsbahn incorporated arranged these locomotives as DRG Class 99.61.

The Pressnitz Valley Railway was a narrow gauge railway line in Saxony, Germany. It used to climb from Wolkenstein on the standard gauge Annaberg-Buchholz–Flöha railway through the valley of river Preßnitz to Jöhstadt on the border with Bohemia. It was dismantled in the second half of the 1980s, however the Steinbach - Jöhstadt section was rebuilt as a museum railway after the fall of communism in East Germany.

The Dresden–Werdau railway is an electrified, double-track main line in the German state of Saxony. It runs from Dresden via Freiberg, Chemnitz and Zwickau to Werdau wye, where it joins the Leipzig-Hof railway.

The Reitzenhain–Flöha railway, one of two lines also called the Flöha Valley Railway, is a branch line in Saxony in East Germany. It links the city of Chemnitz with Flöha, Lengefeld, Pockau, Olbernhau and Marienberg, formerly also Neuhausen/Erzgeb. and Reitzenhain and runs through the valleys of the Flöha and the Black Pockau. The line belongs today to DB Regio-Netz Erzgebirgsbahn.

The Vejprty–Annaberg-Buchholz railway is a branch line in the Czech Republic and the German state of Saxony. The line extends the Chomutov–Vejprty/Reitzenhain railway at Vejprty (Weipert), crossing the Czech-German border and running via Cranzahl to Annaberg-Buchholz. It has been operated since 2001 by Erzgebirgsbahn, which is part of DB Regio.

Scharfenstein Castle lies on an elongated hill spur above the village of Scharfenstein, in the municipality of Drebach in the Ore Mountains of Saxony, Germany. The castle is one of 24 sites run by the state-owned State Palaces, Castles and Gardens of Saxony. 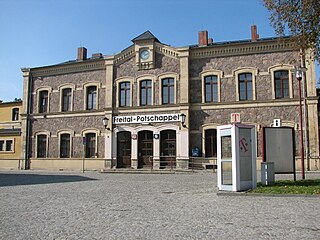 The Pockau-Lengefeld–Neuhausen railway, one of two lines also called the Flöha Valley Railway, is a branch line in the German state of Saxony. It runs in the valley of the Flöha from Pockau via Olbernhau to Neuhausen. Since 2001, the route has been operated by Erzgebirgsbahn, part of Deutsche Bahn's RegioNetz subsidiary.