Thunder Nationals was the name of a monster truck series. The series primarily consisted of monster truck racing and freestyle in indoor arenas. The series was originally independent but was taken over by the United States Hot Rod Association, the operators of the Monster Jam tour, in the mid-1990s. The name was last used in 2013, replaced by an arena tour under the Monster Jam name.

Traditionally, the series featured a core group of independent trucks, such as Virginia Giant, Black Stallion, and Eradicator. However, changes to make the events more like the flagship Monster Jam series included the introduction of Monster Jam regulars such as Grave Digger and Maximum Destruction to Thunder Nationals events. 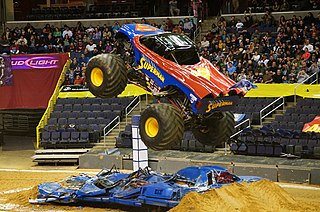 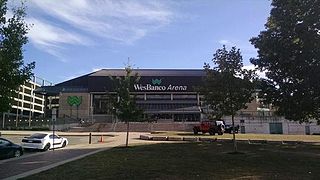 WesBanco Arena is a multi-purpose arena located in Wheeling, West Virginia. It was built in 1977 at a cost of $7 million. It is home to the Wheeling Nailers ice hockey team, the West Virginia Roughriders indoor football team, and the Ohio Valley Athletic Conference wrestling tournament. 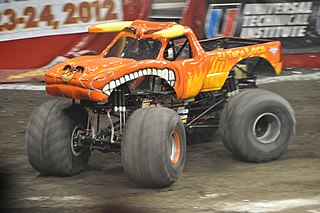 El Toro Loco is a monster truck currently racing in the Monster Jam series. It is currently driven by Mark List, Elvis Lainez, Armando Castro, Marc Mcdonald, and Scott Buetow. Other drivers of have included Dan Rodoni, Aaron Basl, Ryan Huffaker, Joey Parnell, Chris Baker, and Nathan Weenk. It features one of the first 3-D body shells, with horns sticking out of the roof. This body was originally designed for Bulldozer, and was found a second use for El Toro Loco. As El Toro Loco has increased in popularity, it has become the primary truck for the body style. The truck is commonly known for "snorting" smoke out of its nose, which is toggled by a button inside the truck.

The United States Hot Rod Association (USHRA) was an organization that sanctioned various motorsports. These included the Monster Jam monster truck series as well as motocross, quad racing and others. Having passed through multiple owners, the rights to the group are now owned by Feld Entertainment, which continues to operate the Monster Jam series. 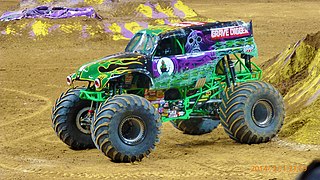 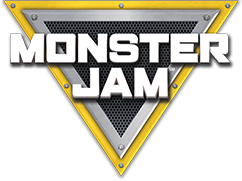 Monster Jam is a live motorsport event tour operated by Feld Entertainment. The series began in 1992, and is sanctioned under the umbrella of the United States Hot Rod Association. Events are primarily held in North America, with some additional events in other countries. Although individual event formats can vary greatly based on the "intermission" entertainment, the main attraction is always the racing and freestyle competitions by monster trucks.

Blue Thunder is a monster truck that races in the USHRA Monster Jam series. It was originally sponsored by the truck division of Ford Motor Company and Live Nation. The truck has several similarities with the monster truck Bigfoot. Some fans saw Blue Thunder as a replacement for Bigfoot in the Monster Jam series. The truck has been moderately successful and won several major events during its existence. However, it has not yet won a championship. Blue Thunder was used by Ford Motor Company for promotional purposes along with competition. The truck is currently driven by Matt Cody. The truck did not compete in 2012 when Todd LeDuc moved to Metal Mulisha after driving Blue Thunder in 2011. With Ford dropping its sponsorship in 2012, the truck was redesigned and brought back in 2013 with veteran driver Dan Evans; former owner/driver of the Destroyer monster truck.

Monster Nationals is the name of a monster truck series. The series primarily consists of racing and freestyle events. The series runs indoor arena shows during the winter season and outdoor shows at fairgrounds and racetracks during the summer. The arena events typically use a simple track of two parallel sets of junk cars on an empty concrete floor, similar to those of the now-defunct USHRA Thunder Nationals series; George Eisenhart, the founder of the Monster Nationals, was the former director of that series. 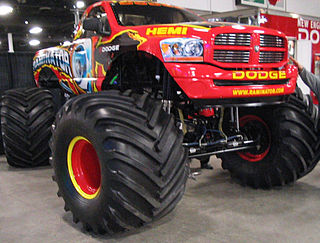 RaminatorRammunition and Hotsy Raminator are monster trucks that race on the Special Events, Monster Nationals, and Monster Jam tours. They are primarily driven by Mark Hall and Mat Dishman. The team is sponsored by RAM. Until recently, the team was, along with Team Bigfoot, one of the most high profile teams to not run in the USHRA, although they competed in several Monster Jam events, as well.

Blue Thunder is a 1983 film that features a high-tech helicopter of the same name. 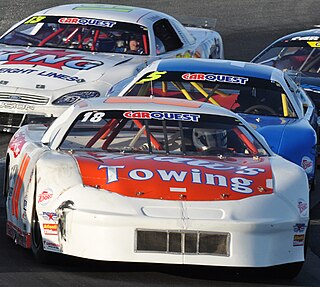 Scotia Speedworld is a Canadian motorsport race track in the Halifax Regional Municipality. 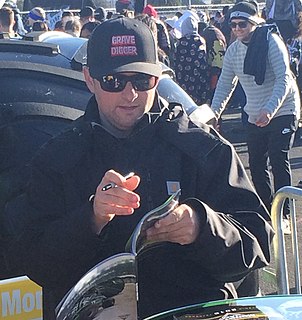 Adam Anderson is an American professional monster truck driver. He currently drives the monster truck Grave Digger on the USHRA Monster Jam circuit. Adam is the son of Dennis Anderson and the older brother of Ryan and Krysten Anderson, and is a 5-time Monster Truck World Champion. Adam currently resides in his hometown of Poplar Branch, NC.

Monster Mutt is a monster truck from West Chicago, Illinois, competing in the United States Hot Rod Association (USHRA) Monster Jam series since 2003. Originally styled after a 1950 Mercury, and later a custom body, the truck has a canine motif, complete with big ears, tail and tongue. It is painted in two tones of brown, with a dog mouth drawn in the front. The truck has three spin offs, two of which are currently competing. It is currently driven by Tanner Root. 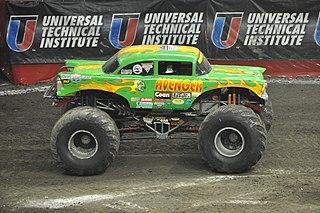 The Avenger monster truck, piloted by Columbus, Michigan native Jim Koehler, was created in 1997 The original monster truck sported a forest green Chevrolet S10 body style and a teal chassis and rims. With the exception of World Finals 14, the Avenger truck has always sorted at least three flaming skulls and flowing flames running from the wheel wells. As time passed, the S10 body was replaced by a 1957 Chevrolet Bel-Air body with bright green headlights, which is the same body style that is run today by "Mr. Excitement."

The Monster Jam Path of Destruction Tour is a series of spring Monster Jam events in the Northeastern United States, where winter time stadium events are not possible due to weather.