In 2012, ThunderTiger set up a new company TTBIO CORP in order to provide the Dental Instruments, accessories, machining parts, and components to customers.

Kia Motors Corporation, commonly known as Kia Motors is a South Korean multinational automotive manufacturer headquartered in Seoul. It is South Korea's second-largest automobile manufacturer following the Hyundai Motor Company, with sales of over 3.3 million vehicles in 2015. As of December 2015, the Kia Motor corporation is minority owned by Hyundai, which owns a 33.88% stake valued at just over US$6 billion. Kia in turn is a minority owner of more than twenty Hyundai subsidiaries ranging from 4.9% up to 45.37%, totaling more than US$8.3 billion.

Union Carbide Corporation is an American chemical corporation wholly owned by Dow Chemical Company. It currently employs more than 2,400 people. Union Carbide produces chemicals and polymers that undergo one or more further conversions by customers before reaching consumers. Some are high-volume commodities and others are specialty products meeting the needs of smaller markets. Markets served include paints and coatings, packaging, wire and cable, household products, personal care, pharmaceuticals, automotive, textiles, agriculture, and oil and gas. The company is a former component of the Dow Jones Industrial Average.

Packard Bell is a Dutch-based computer manufacturing company and subsidiary of Acer. The brand name originally belonged to an American radio set manufacturer, Packard Bell Corporation, founded by Herbert "Herb" A. Bell and Leon S. Packard in 1933. In 1986, Israeli investors bought the brand from Teledyne, in order to name their newly formed personal computer manufacturing company producing discount computers in the United States and Canada. In the late 1990s, Packard Bell became a subsidiary of NEC. In 2000, Packard Bell stopped its North American operations and became a leading brand in the European PC markets. In 2008 it was acquired by the Taiwanese consumer electronic firm Acer in the aftermath of its takeover of Gateway, Inc. Gateway products are now sold in the Americas and Asia, while Packard Bell products are sold in Africa, Europe and the Middle East. 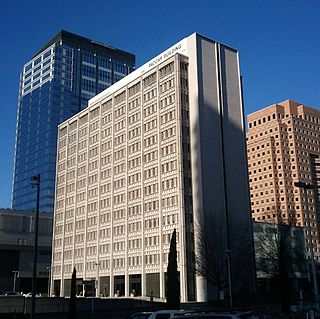 PACCAR Inc is an American Fortune 500 company and counts among the largest manufacturers of medium- and heavy-duty commercial vehicles in the world. PACCAR is engaged in the design, manufacture and customer support of light-, medium- and heavy-duty trucks under the Kenworth, Peterbilt, and DAF nameplates. PACCAR also designs and manufactures powertrains, provides financial services and information technology, and distributes truck parts related to its principal business.

The automotive aftermarket is the secondary market of the automotive industry, concerned with the manufacturing, remanufacturing, distribution, retailing, and installation of all vehicle parts, chemicals, equipment, and accessories, after the sale of the automobile by the original equipment manufacturer (OEM) to the consumer. The parts, accessories, etc. for sale may not be manufactured by the OEM. According to a report by the International Trade Administration in the Department of Commerce, "Aftermarket parts are divided into two categories: replacement parts and accessories. Replacement parts are automotive parts built or remanufactured to replace OE parts as they become worn or damaged. Accessories are parts made for comfort, convenience, performance, safety, or customization, and are designed for add-on after the original sale of the motor vehicle."

The Renault 9 and Renault 11 are small family cars produced by the French manufacturer Renault for model years 1981–1988 in saloon and hatchback configurations — both were styled by the French automobile designer, Robert Opron.

Mitsubishi Colt is a nameplate from Mitsubishi that has been applied to a number of automobiles since 1962. It was first introduced with a series of kei and subcompact cars in the 1960s, and then for the export version of the subcompact Mitsubishi Mirage between 1978 and 2002. Chrysler, Mitsubishi's longtime partner, also used the name when applying its long-running practice of rebadging Mitsubishi vehicles as the Dodge and Plymouth Colt captive imports for the North American market between 1970 and 1994.

The Chrysler Sunbeam is a small supermini three-door hatchback manufactured by Chrysler Europe at the former Rootes Group factory in Linwood in Scotland, from 1977-81. The Sunbeam's development was funded by a UK Government grant with the aim of keeping the Linwood plant running, and the small car was based on the larger Hillman Avenger, also manufactured there. After the takeover of Chrysler's European operations by PSA, the model was renamed Talbot Sunbeam and continued in production until 1981. A Talbot Sunbeam Lotus version was successful in rallying and won the World Rally Championship manufacturers' title for Talbot in 1981.

Celestron is a company based in Torrance, California, United States, that manufactures telescopes and distributes telescopes, binoculars, spotting scopes, microscopes, and accessories manufactured by its parent company, the Synta Technology Corporation of Taiwan.

Rubbermaid is an American manufacturer and distributor of many household items. It is a subsidiary of Newell Brands. It is best known for producing food storage containers and trash cans. Additionally it produces sheds, step stools, closets and shelving, and laundry baskets, but also air fresheners and other household items.

Pacific Cycle, Inc. is an American division of Canadian conglomerate Dorel Industries that imports and distributes bicycles. It was founded in 1977 by Chris Hornung. The company pioneered the sourcing of bicycles from the Far East for distribution in the U.S., developing relationships with suppliers primarily in Taiwan and China. The company now owns several well known bicycle brands as well as diversifying into bicycle accessories and other types of children's play equipment. Pacific Cycle sells more bicycles than any other company in North America and is one of the most prolific bicycle suppliers in the world. In 2006, Chris Hornung left Pacific Cycle leaving President Jeff Frehner in control. Alice Tillett has been the President of Pacific Cycle since 2008.

Associated Electrics, Incorporated of Lake Forest, California is one of the world's leading manufacturers of radio controlled cars, trucks and accessories. Associated Electrics is now owned by Thunder Tiger Corporation from Taiwan. The company is usually referred to as Team Associated. 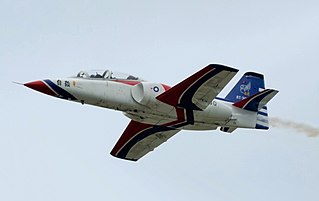 The AIDC AT-3 Tzu Chung is an advanced jet trainer operated by the Republic of China Air Force (ROCAF). A total of sixty-two aircraft were manufactured by the Aerospace Industrial Development Corporation of Taiwan in collaboration with American aircraft manufacturer Northrop between 1984 and 1990. Two A-3 single-seat attack version were also built.

Club Car is an American company that manufactures electric and gas-powered golf cars and UTVs for personal and commercial use. It is a business unit of the Ingersoll Rand corporation in its Industrial Technologies division.