Thunder Valley Casino Resort is a hotel and casino located in unincorporated Placer County in Whitney, California near the city of Lincoln, California, 30 miles (48 km) northeast of Sacramento. It is owned and operated by the United Auburn Indian Community and designed by architect Edward Vance of JMA Architecture Studios, located in Las Vegas, Nevada. The resort opened on June 9, 2003. It was operated by Station Casinos from 2003 to 2010. [1]

The 275,000-square-foot (25,550 m²) facility offers a variety of gaming including slot machines, live poker and various other table games.

Thunder Valley Casino Resort is owned by the United Auburn Indian Community, a Native American tribe consisting of mostly Miwuk and Maidu Indians indigenous to the Sacramento Valley region. In the 1950s and '60s, the United States government terminated 41 California rancherias—mini-reservations, including that of the Miwok and Maidu Auburn band. As a way to lift themselves out of poverty, the members of the tribe decided to build a casino after Congress restored the tribe's federal status in 1994, allowing the tribe to acquire land under tribal sovereignty. [2]

The United Auburn Indian Community entered into a tribal-state gaming compact with the State of California in September 1999 in order to conduct Class III gaming on trust land. This compact was later successfully renegotiated with Governor Arnold Schwarzenegger in 2004.

Thunder Valley was designed by JMA Architecture Studios and built by the PENTA Building Group. [3] The casino was opened in June 2003 and then expanded starting in March 2009 and finishing July 2010.

The UAIC is known for their efforts to abide by state and local land-use laws, even though they are not obligated to do so under sovereignty law. For example, the UAIC chose to include the California Environmental Quality Act in its local agreement, something only a handful of tribes submit to. [2]

The casino has over 3,000 slot and video machines, 125 table games (including blackjack and paigow) and a live poker room with enough space for 160 players. The casino regularly holds promotions and special events including drawings, cash prizes, and tournaments.

The expansion completed in July 2010 includes a 17-story luxury hotel with 408 rooms, with 46 suites. Inside the hotel is a large banquet and entertainment hall (Pano Hall) with the capacity of 1,000 guests, meeting rooms, bars and a gift shop. The pool has surrounding private cabanas and a poolside bar, Coconut. There are a total of 14 restaurants and bars.

The spa offers facials, massages, pedicures, manicures, Lomi Lomi, hot stone massages, and the signature 24-karat gold leaf facial. There is also a sauna, whirlpool, steam room, and health club. Steelman Partners was the architect and interior designers. shop12 was the lighting designers for the major expansion in 2010.

Thunder Valley Casino Resort hosts a number of concerts and shows in the summertime in their outdoor amphitheater. 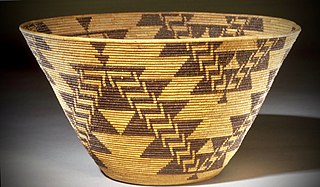 The Maidu are a American Indian people of northern California. They reside in the central Sierra Nevada, in the watershed area of the Feather and American rivers. They also reside in Humbug Valley. In Maiduan languages, Maidu means "man." 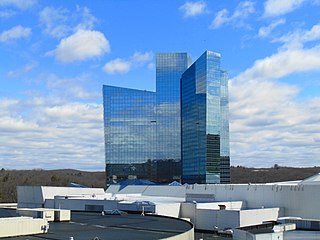 Mohegan Sun is an American casino, with 364,000 square feet of gambling space. Operated by the Mohegan Tribe, it is located on 240 acres (97 ha) of reservation land along the banks of the Thames River in Uncasville, Connecticut. It is in the foothills of southeastern Connecticut, where 60 percent of the state's tourism is concentrated. It features the 12,000-seat capacity Mohegan Sun Arena, home of the New England Black Wolves of the National Lacrosse League and the Women's National Basketball Association's Connecticut Sun. It houses a 350-seat Cabaret Theatre, the 300-seat Wolf Den, and 100,000 sq ft (9,300 m2) of meeting and function room space, including the Northeast’s largest ballroom and 130,000 sq ft (12,000 m2) of retail shopping. It is also where the studio of WMOS is located.

The Mechoopda are a tribe of Maidu people, an indigenous peoples of California. They are enrolled in the Mechoopda Indian Tribe of Chico Rancheria, a federally recognized tribe. Historically, the tribe has spoken Konkow, a language related to the Maidu language, and as of 2010, has created digital learning materials from old recordings of Emma Cooper, made during the 1940s as a part of the war effort.

Morongo Casino, Resort & Spa is an Indian gaming casino, of the Morongo Band of Cahuilla Mission Indians, located in Cabazon, California, United States, near San Gorgonio Pass. The casino has 310 rooms and suites. A 44-acre (180,000 m2), 27-story resort, Morongo is one of the largest casinos in California. At 330 feet (101 m) high, the casino tower is the tallest building in both Riverside County and the larger Inland Empire region.

The Big Lagoon Rancheria is a federally recognized tribe of Yurok and Tolowa Indians. They are located in Humboldt County, California, and their tribal headquarters is in Arcata, California.

The Big Valley Band of Pomo Indians of the Big Valley Rancheria is a federally recognized tribe of Pomo and Pit River Indians, with a reservation located in Lake County, California, near the town of Finley. They conduct tribal business from Lakeport, California.

The Susanville Indian Rancheria is a federally recognized ranchería of Native Americans in northeastern California whose people are from the Washoe, Achomawi, Mountain Maidu, Northern Paiute, and Atsugewi tribes.

Cache Creek Casino Resort is a casino/resort located in Brooks, California, in Northern California's Capay Valley. Opened as a bingo hall in July 1985, it was renovated in 2002 and completed in 2004 as a destination resort. The connected hotel contains 200 rooms, including 27 suites. Cache Creek offers 2,300 slot machines, more than 120 table games, a 14 table poker room, day spa, nine restaurants, and an 18-hole championship golf course.

The Greenville Rancheria of Maidu Indians of California is a federally recognized tribe of Maidu people in Plumas and Tehama Counties, California.

The Yocha Dehe Wintun Nation is a federally recognized tribe of Wintun people, specifically Patwin people or southern Wintun, in Yolo County, California. They were formerly known as the Rumsey Indian Rancheria of Wintun Indians of California.

The Mooretown Rancheria of Maidu Indians of California is a federally recognized tribe of Concow and Maidu people in Butte County. Concow, or Konkow, people are the northwestern or foothill branch of the Maidu people, who traditionally spoke the Concow language

Graton Resort & Casino is an Indian casino and hotel outside Rohnert Park, California, that opened on November 5, 2013. It is owned by the Federated Indians of Graton Rancheria and operated by Station Casinos. The casino has 3,000 slot machines, 144 table games, and a poker room. In November 2016 it opened an adjacent hotel with 200 rooms.

The California Rancheria Termination Acts refer to three acts of Congress and an amendment passed in the 1950s and 1960s as part of the US Indian termination policy. The three Acts, passed in 1956, 1957, and 1958 targeted 41 Rancherias for termination. An additional seven were added via an amendment in 1964. Including three previous terminations, 46 of the 51 targeted Rancherias were successfully terminated. Through litigation and legislation, over 30 Rancherias have been restored and at least five are still working to be.

Treasure Island Resort & Casino is a tribal gaming facility owned and operated by the Prairie Island Indian Community (PIIC) in Welch, MN – Goodhue County. It is the only casino resort in southern Minnesota located on the Mississippi River. The casino’s gaming options include slot machines; video roulette, blackjack and keno; live dealer blackjack, poker and other table games; and bingo. Additional amenities to the property include a hotel, the Island Event Center, a marina, RV-park, a cruise yacht, a 24-lane bowling center, several restaurants; and a water park and spa. Employing nearly 1,500 people, Treasure Island Resort & Casino is the largest employer in Goodhue County.