Thunderpuss was the (mainly dance) remix/production team of Los Angeles-based music producers Barry Harris and Chris Cox. Harris had previously worked as part of several music groups including Kon Kan, Top Kat, Killer Bunnies and Outta Control and had also released several solo singles himself. Cox, a musician and DJ, had also worked for years as a DJ and producer, producing a megamix of Paula Abdul songs, among other things, and started his own record label, Interhit Records, with Jeff Johnson.

Harris and Cox originally met in New York City in 1990 while Harris was recording Syntonic , Kon Kan's second album. They became friends and remained in contact for years, with Harris eventually joining Cox at Interhit Records in Los Angeles in January 1998. They did not start working together as a production team until September 1997. Their first project as Thunderpuss was a cover of the song "I Just Wanna Be Your Everything", with Thea Austin, formerly of Snap!, performing vocals. They also produced Engelbert Humperdinck's 1998 album The Dance Album, but did not use the name Thunderpuss. They also produced original songs for various artists, including Abigail ("Let the Joy Rise" and "If It Don't Fit"), Amber ("Taste the Tears") and Soluna. During this time, they also released remix singles under the name 'Thunderpuss 2000', most notably covers of David Bowie's "Heroes" and Blue Öyster Cult's "Godzilla".

Over the course of six years (1998–2003), Thunderpuss were in demand as remixers, their first work together being a remix of Billie Myers' "Kiss the Rain" in 1998. Their breakout success was a hit re-working of "It's Not Right but It's Okay" by Whitney Houston. This was quickly followed by a remix of "Sexual (La Di Di)" by Amber, a hit in 1999. Other artists who received the remix treatment included Madonna, Britney Spears, Christina Aguilera, Janet Jackson, Shakira, NSYNC, and Celine Dion.

Thunderpuss themselves also put out several later singles as artists, including "Papa's Got a Brand New Pigbag", a fully electronic dance cover of the Pigbag song which reached number 3 in the UK Singles Chart in April 1982, [1] "Stand Up" (with Latanza Waters) and "FMH" (under the artist name Harris & Cox).

Junior Vasquez is an American DJ, record producer and remixer.

Making the Video is an MTV show, consisting of half-hour episodes, which chronicles the process of filming various music videos. Usually the director outlines the concept of the video and the show often includes light-hearted and humorous moments. It always concludes with a premiere of the finished video. The show premiered on July 11, 1999 and ended in 2010.

Christopher Niles Cox is an American dance music record producer, remixer, and DJ who has worked on over 600 records throughout his career. Chris lives in Las Vegas with his dog Hammy. He has one daughter. New Album drops in April 2022."12 Inches of Cox." 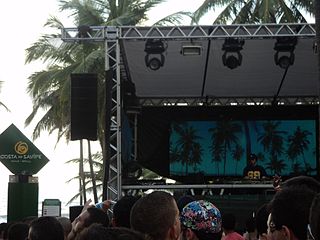 Peter Rauhofer was an Austrian-American disc jockey (DJ), remixer and producer who formerly went under the moniker Club 69 as well as Size Queen. A native of Vienna, Austria, he was famous for a variety of his remixes including Cher's "Believe" and a number of Madonna's songs including "Nothing Really Matters", "American Life", "Nothing Fails", "Nobody Knows Me", "Get Together", "Impressive Instant" and "4 Minutes", as well as her collaboration with Britney Spears, "Me Against the Music" and various collaborations with Janet Jackson. He has also provided remixes for Kylie Minogue, Whitney Houston, Jessica Simpson, Britney Spears, Christina Aguilera, Yoko Ono, Pink, Tori Amos, Pet Shop Boys, Depeche Mode, Yazoo, Frankie Goes to Hollywood, Book of Love, Soft Cell, Duran Duran and Mariah Carey, among others. He was also behind the tribal house record label Star 69 and was a frequent producer of the label's releases. 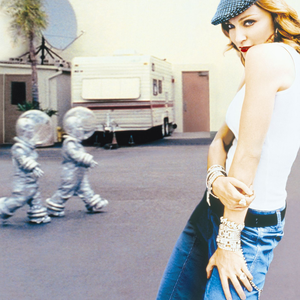 Remixed & Revisited is a remix album by American singer and songwriter Madonna. It was released on November 24, 2003 by Maverick Records and Warner Bros. Records. The album contains four songs, in remixed form, from her 2003 ninth studio album American Life and a previously unreleased song, "Your Honesty", originally written and recorded for her 1994 sixth studio album Bedtime Stories. The other tracks included are the live performance of "Like a Virgin" and "Hollywood" on the 2003 MTV Video Music Awards—which ended with Madonna kissing co-performers Britney Spears and Christina Aguilera—and a remix of 1985 single "Into the Groove".

Hani is a Kuwaiti / American record producer and remixer based in New York, notable for his restructurings of hits by artists ranging from Michael Jackson to Alicia Keys, as well as his original productions. His 1999 release, "Baby Wants to Ride", reached number 1 on the US Billboard Hot Dance Music/Club Play chart. His work has led to a collaboration with DJ Frankie Knuckles, as well as vocalists Jason Walker, Andrea Martin, Faith Trent, and others.

A megamix is a remix containing multiple songs in rapid succession. It often features various artists. There may be only one verse or even just a brief chorus of each song used, sometimes in addition to samples of the same or other songs. It is common to use different samples to maintain and sometimes even ridicule the original. To unify the songs together smoothly, a single backing beat may be added as background throughout the megamix, although this is not a must. This backing beat is kept basic so as to simplify mixing and to not compete with the music. These mixes are usually several minutes long at minimum, going up to a half-hour or an hour, or even more sometimes.

Barry Harris is a Canadian record producer, DJ, remixer, singer and songwriter. He created the synthpop act Kon Kan in early 1988 which had worldwide success with "I Beg Your Pardon". The song, initially issued on the now defunct Toronto-based indie label Revolving Records, was quickly discovered and signed by Atlantic Records' A&R rep, Marc Nathan. 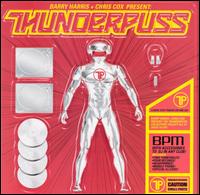 Thunderpuss is a compilation album mixed by DJs and producers Barry Harris and Chris Cox, better known under the moniker Thunderpuss. Released in 2002, it comprises their remixes of other artists' work as well as their own music. 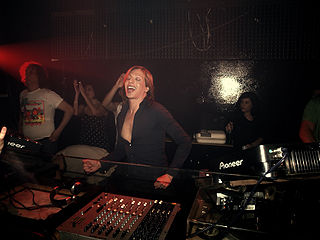 Offer Nissim is an Israeli DJ, remixer, and record producer. He produced the winning entry of the Eurovision Song Contest 1998, "Diva", by Dana International. Besides his work with Dana International, Nissim has often collaborated with Maya Simantov on songs such as "For your Love", "Everybody Needs a Man", "Alone", and "First Time", and has produced official remixes for various artists, including Madonna and Cher.

Al B. Rich is the remix and production team of American record producers Albert Castillo and Rich "DJ Riddler" Pangilinan. Castillo, a musician who holds a Latin Grammy, also was a member of the production team, Cibola, in the late 1990s. Pangilinan, a musician had also worked for years as a DJ and producer and is credited for his work on the gold record status "Jock Jam Megamix" on Tommy Boy Records.

The 1999 MTV Europe Music Awards were held in Dublin, Ireland at The Point. Ronan Keating returned as host, with performers including Mariah Carey singing "Heartbreaker", Britney Spears with "...Baby One More Time" & "(You Drive Me) Crazy", as well as The Cardigans, Jamiroquai, Marilyn Manson and The Corrs and show opener Iggy Pop.

MTV Party To Go 2000 was the fourteenth album in the MTV Party to Go series. 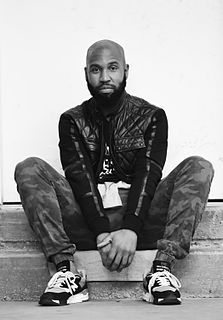