Thunderstrike can refer to:

A lightning strike or lightning bolt is an electric discharge between the atmosphere and an object. They mostly originate in a cumulonimbus cloud and terminate on the ground, called cloud to ground (CG) lightning. A less common type of strike, called ground to cloud (GC), is upward propagating lightning initiated from a tall grounded object and reaches into the clouds. About 25% of all lightning events worldwide are strikes between the atmosphere and earth-bound objects. The bulk of lightning events are intra-cloud (IC) or cloud to cloud (CC), where discharges only occur high in the atmosphere. Lightning strikes the average commercial aircraft at least once a year, but modern engineering and design means this is rarely a problem. The movement of aircraft through clouds can even cause lightning strikes. 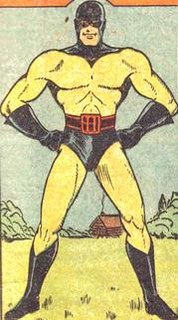 A superhero is a type of heroic stock character, usually possessing supernatural or superhuman powers, who is dedicated to fighting the evil of their universe, protecting the public, and usually battling supervillains. A female superhero is sometimes called a superheroine, although the word superhero is also commonly used for females. Superhero fiction is the genre of fiction that is centered on such characters, especially in American comic book and films since the 1930s. 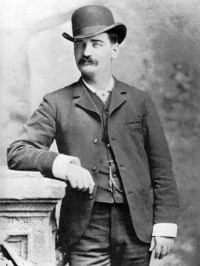 Bartholemew William Barclay "Bat" Masterson was a U.S. Army scout, lawman, professional gambler, and journalist known for his exploits in the 19th-century American Old West. Born to a working-class Irish family in Quebec, Masterson moved to the Western frontier as a young man and quickly distinguished himself as a buffalo hunter, civilian scout, and Indian fighter on the Great Plains. He later earned fame as a gunfighter and sheriff in Dodge City, Kansas, during which time he was involved in several notable shootouts.

Bloodaxe is a fictional character appearing in American comic books published by Marvel Comics. The character is usually depicted as a foe of Thor and Thunderstrike. This character first appeared in Thor #449, though she did not adopt her name and appearance until #450. The name also applies to the axe used by this character. 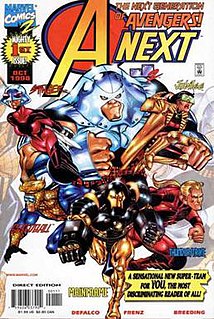 A-Next is a fictional team of superheroes appearing in American comic books published by Marvel Comics. It is the Marvel Comics 2 universe version of the Avengers. The team made its first appearance in What If? #105, the first comic featuring Spider-Girl, and the team's origin story was told in the A-Next #1, cover dated October 1998. 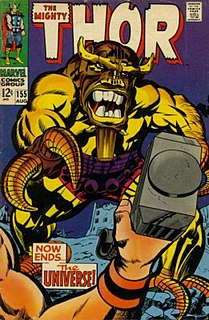 Eric Masterson may refer to:

Blacklight, is a fictional character appearing in American comic books published by Marvel Comics. The character appeared in the MC2 series A-Next. She is the daughter of Derek Freeman and Monica Rambeau aka Photon.

Mongoose is a fictional character, a supervillain appearing in American comic books published by Marvel Comics.

Bernard Edward Masterson was an American football player and coach. He served as the head football coach at the University of Nebraska–Lincoln from 1946 to 1947, compiling a record of 5–13. Masterson played college football at Nebraska from 1931 to 1933. He played professionally in the National Football League (NFL) with the Chicago Bears from 1934 to 1940.

Justin Daniel Masterson is a Jamaican-born American former professional baseball starting pitcher. Drafted by the Red Sox in the second round of the 2006 MLB draft from San Diego State University, he made his MLB debut two years later. Masterson also played in MLB for the Cleveland Indians and St. Louis Cardinals. Known for primarily throwing a sinking fastball, the right-hander stands 6' 6" (198 cm) tall, and weighs 250 lb (113 kg).

Thunderstrike is the name of two fictional characters appearing in comic books published by Marvel Comics. It is also the name of the Asgardian weapon. 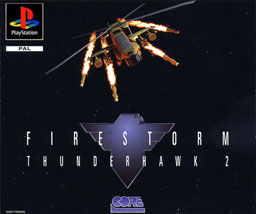 The 2013 Cleveland Indians season was the 113th season for the franchise. The team, managed by Terry Francona, began their season on April 2. They advanced to the post-season and lost to the Tampa Bay Rays in the 2013 American League Wild Card Game.

Thunderhawk: Operation Phoenix, known as Thunderstrike: Operation Phoenix in North America, is a 2001 combat flight simulator video game developed by Core Design and released by Eidos Interactive exclusively for the PlayStation 2. It is the sequel to Firestorm: Thunderhawk 2.