Thunman is a Swedish surname. Notable people with this name are:

Mattias Thunman Hälldahl is a Swedish ice hockey defenceman. He is currently playing with Timrå IK of the Swedish Hockey League (SHL). 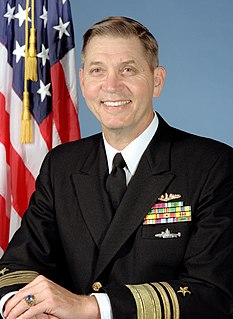 Nils Ronald "Ron" Thunman is a retired vice admiral in the United States Navy. Thunman is the son of Swedish immigrants, and was raised in Springfield, Illinois, where he attended Springfield High School. During high school he played football, basketball and was in involved in track. After high school, he briefly attended the University of Illinois College of Civil Engineering. He graduated from the United States Naval Academy in 1954. Notable commands he held include Commander, Submarine Forces Pacific, Deputy Chief of Naval Operations for Submarine Warfare and Chief of Naval Education and Training. He retired in 1988.

Sven Ragnar Thunman was a Swedish ice hockey defenseman. Between 1946 and 1957 he capped 114 times with the Swedish national team and scored 14 goals. During that time he won a gold, a silver and a bronze medal at the 1952 Winter Olympics, finishing fourth in 1948.

Knivsta is a locality and the seat of Knivsta Municipality, Uppsala County, Sweden with 7,081 inhabitants in 2010.

Anders Börje Salming, nicknamed "The King", is a Swedish retired professional ice hockey defenceman. He played for Brynäs IF, the Toronto Maple Leafs, the Detroit Red Wings, and AIK. Salming was one of the first European players to make an impact in the National Hockey League (NHL), paving the way for future generations of players. He was one of the premier defencemen of his era in the NHL, and was recognized for this by being inducted into the Hockey Hall of Fame in 1996. Remembered for his many seasons with the Maple Leafs, he holds numerous franchise records, including most assists. Salming also played extensively for Sweden in international play. He was recognized for this by being selected to the International Ice Hockey Federation (IIHF) Centennial All-Star Team. In 2017 Salming was named one of the '100 Greatest NHL Players' in history.

Lars-Erik "Taxen" Sjöberg was a Swedish ice hockey defenceman. He played in Sweden from 1962 to 1974, and in North America for the Winnipeg Jets in the WHA and NHL from 1974 to 80. 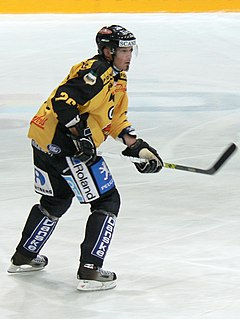 Mika Juhani Strömberg is a Finnish professional ice hockey defenceman. He was drafted by the Quebec Nordiques as their eleventh-round pick, #211 overall, in the 1990 NHL Entry Draft. 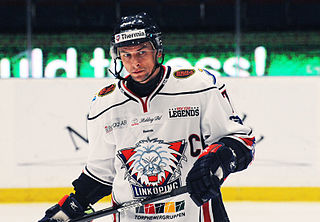 Magnus "Mange" Johansson, is a former professional Swedish ice hockey player. He was a defenceman and captain for Linköpings HC in the highest Swedish league, Elitserien, and is a former member of the Chicago Blackhawks and Florida Panthers of the NHL and Atlant Moscow Oblast of the KHL

Lars Gunnar Raldo "Lasse" Björn is a retired ice hockey defenceman who played 217 games for the national team Tre Kronor. He won nine Swedish ice hockey championships with Djurgårdens IF between 1950 and 1963, making him the only player ever to have won that many championships. He participated at nine IIHF World Championship tournaments, winning gold in 1953 and 1957 and three bronze medals. He participated in three Winter Olympics, winning one bronze medal in 1952. He was inducted into the International Ice Hockey Federation Hall of Fame in 1998.

Bäckström and Backström are Swedish surnames, etymologically distinct from one another, and sometimes anglicized to Backstrom or Beckstrom.

Roland Stoltz may refer to:

Martin Johansson may refer to:

Jesper Mattsson may refer to:

Niclas may refer to:

Niklas is a male name, most common in Sweden and the Swedish-speaking population of Finland. It is also used as a surname. Notable people with that name include:

Anders Karlsson may refer to:

Erik Gustafsson may refer to:

Björn Johansson may refer to:

Marcus Johansson may refer to:

Jonas Johansson may refer to:

Westlund is a Swedish surname that may refer to: