Lindgren is a Swedish surname.

Athletes from Sweden competed in the 1924 Winter Olympics in Chamonix, France. 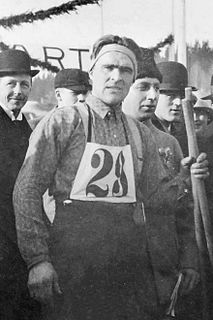 John Halvar Theofron Lindgren was a Swedish cross-country skier who won the 1927 world titles in the 18 km and 50 km events. He finished eighth in the 50 km race at the 1932 Winter Olympics. His younger brother Ivan was also an Olympic cross-country skier.

Urban Lindgren is a Swedish cross-country skier who competed from 1993 to 2002. He earned a silver medal in the 4 × 10 km relay at the 2001 FIS Nordic World Ski Championships in Lahti, and finished 14th in the 30 km event at those same championships.

Sweden competed at the 1948 Winter Olympics in St. Moritz, Switzerland.

Sweden competed at the 1952 Winter Olympics in Oslo, Norway.

Sweden competed at the 1956 Winter Olympics in Cortina d'Ampezzo, Italy.

Norway was the host nation for the 1952 Winter Olympics in Oslo. 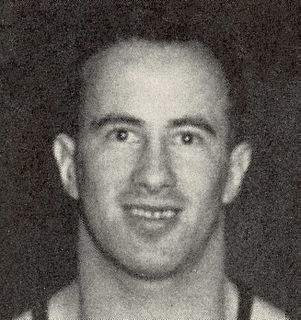 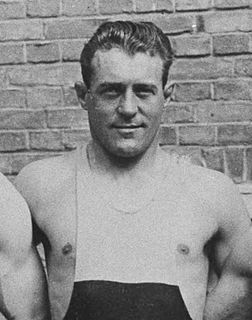 Marie Lindgren is a Swedish freestyle skier and Olympic medalist. She received a silver medal at the 1994 Winter Olympics in Lillehammer, in aerials. 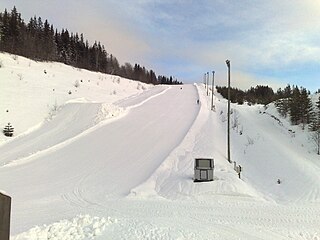 Kanthaugen Freestyle Arena is a freestyle skiing stadium located in the hillside area of Kanthaugen in Lillehammer, Norway. Opened in 1992, it was built for the 1994 Winter Olympics. The venue consists of three hills—one each for aerials, moguls and ski ballet. The moguls hill has a capacity for 12,000 spectators while the other two have a 15,000-person capacity. The arena is designated as Norway's national venue for freestyle skiing. It hosted the FIS Freestyle Skiing World Cup in 1993 and 1995, and is scheduled to host freestyle skiing and snowboarding at the 2016 Winter Youth Olympics. The arena is owned by Lillehammer Olympiapark and is located adjacent to the ski jumping hill Lysgårdsbakken.

Fiskartorpet is a recreational area north of Stockholm, Sweden. It is situated in the Djurgården area. It features a small hotel, a small conference center, and a number of restaurants. Sporting facilities include an ice hockey rink, a soccer field, and a K-47 ski jump.

Piteå Elit is a cross-country skiing club from Piteå in northern Sweden. In the 2011-12 season, three skiers represented Sweden internationally. The club also has many skiers now skiing on the national level.