"Thureth" (Þūreð, [ˈθuːreð] ) is the editorial name given to an eleven-line Old English poem preserved only on folio 31v of British Library MS Cotton Claudius A. III, at the beginning of the text known as 'Claudius Pontifical I'. [1] The poem speaks with the voice of this pontifical or benedictional, interceding on behalf of Thureth who the poem tells us had the book ornamented. [2] As Ronalds and Clunies Ross comment:

As far as we are aware, this is the only specifically identifiable book, aside from the generic book - or possibly Bible - of Riddle 24, that 'speaks' to us from the Anglo-Saxon period, albeit on another's behalf. [3]

As edited in the Anglo-Saxon Poetic Records series, the poem reads: 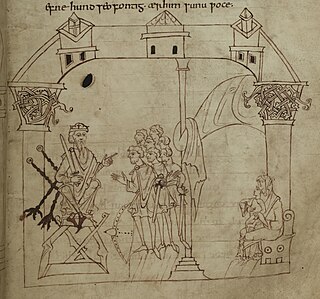 The Junius manuscript is one of the four major codices of Old English literature. Written in the 10th century, it contains poetry dealing with Biblical subjects in Old English, the vernacular language of Anglo-Saxon England. Modern editors have determined that the manuscript is made of four poems, to which they have given the titles Genesis, Exodus, Daniel, and Christ and Satan. The identity of their author is unknown. For a long time, scholars believed them to be the work of Cædmon, accordingly calling the book the Cædmon manuscript. This theory has been discarded due to the significant differences between the poems.

The Exeter Book, Exeter Cathedral Library MS 3501, also known as the Codex Exoniensis, is a (late) 10th-century book or codex of Anglo-Saxon poetry. It is one of the four major Anglo-Saxon literature codices, along with the Vercelli Book, Nowell Codex and the Cædmon manuscript. The book was donated to the library of Exeter Cathedral by Leofric, the first bishop of Exeter, in 1072. It is believed originally to have contained 130/131 leaves, of which the first 7/8 have been replaced with other leaves; the original first 8 pages are lost. The Exeter Book is the largest known collection of Old English poetry/literature still in existence, containing about a sixth of the Old English poetry that has come down to us.

The Lacnunga ('Remedies') is a collection of miscellaneous Anglo-Saxon medical texts and prayers, written mainly in Old English and Latin. The title Lacnunga, an Old English word meaning 'remedies', is not in the manuscript: it was given to the collection by its first editor, Oswald Cockayne, in the nineteenth century. It is found, following other medical texts, in London, British Library Harley MS 585, a codex probably compiled in England in the late tenth or early eleventh century. Many of its herbal remedies are also found, in variant form, in Bald's Leechbook, another Anglo-Saxon medical compendium. 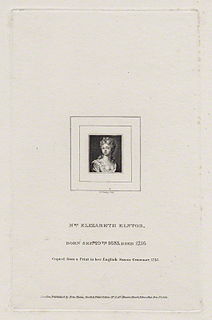 Elizabeth Elstob, the "Saxon Nymph", was a pioneering scholar of Anglo-Saxon.

The Battle of Ringmere was fought on 5 May 1010. Norse sagas recorded a battle at Hringmaraheiðr; Old English Hringmere-hūō, modern name Ringmere Heath. 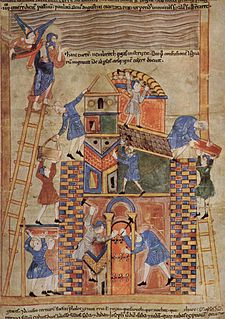 The Durham Proverbs is a collection of 46 mediaeval proverbs from various sources. They were written down as a collection, in the eleventh century, on some pages of a manuscript that were originally left blank. The manuscript is currently in the collection of Durham Cathedral, to which it was donated in the eighteenth century. The Proverbs form the first part of the manuscript. The second part, to which it is bound, is a copy of Ælfric's Grammar. Each proverb is written in both Latin and Old English, with the former preceding the latter. Olof Arngart's opinion is that the Proverbs were originally in Old English and translated to Latin, but this has since been disputed in a conference paper by T. A. Shippey.

Margaret Beryl Clunies Ross is a medievalist who was until her retirement in 2009 the McCaughey Professor of English Language and Early English Literature and Director of the Centre for Medieval Studies at the University of Sydney. Her main research areas are Old Norse-Icelandic Studies and the history of their study. Since 1997 she has led the project of editing a new edition of the corpus of skaldic poetry. She has also written articles on Australian Aboriginal rituals and contributed to the Oxford Dictionary of National Biography. 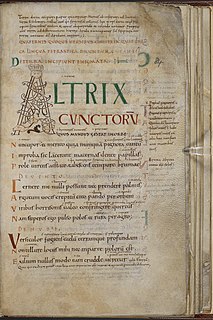 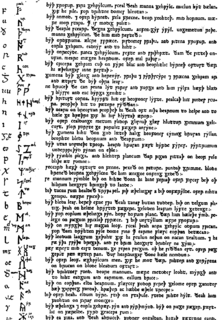 The Old English rune poem, dated to the 8th or 9th century, has stanzas on 29 Anglo-Saxon runes. It stands alongside younger rune poems from Scandinavia, which record the names of the 16 Younger Futhark runes.

Durham, also known as De situ Dunelmi, Carmen de situ Dunelmi or De situ Dunelmi et de sanctorum reliquiis quae ibidem continentur carmen compositum, is an anonymous late Old English short poem about the English city of Durham and its relics, which might commemorate the translation of Cuthbert's relics to Durham Cathedral in 1104. Known from the late 12th-century manuscript, Cambridge, University Library, Ff. 1. 27, and generally considered to date from the first decade of the 12th century, Durham has been described both as "the last extant poem written in traditional alliterative Old English metrical verse" and as being placed "so conveniently on the customary divide between Old and Middle English that the line can be drawn right down the middle of the poem." Some scholars, however, consider that the poem might have been written as early as the mid-11th century.

"Capture of the Five Boroughs" is an Old English chronicle poem that commemorates the capture by King Edmund I of the so-called Five Boroughs of the Danelaw in 942.

John Richard Clark Hall was a British scholar of Old English, and a barrister. In his professional life, Hall worked as a clerk at the Local Government Board in Whitehall. Admitted to Gray's Inn in 1881 and called to the bar in 1896, Hall became principal clerk two years later.

Leonard Neidorf is an American philologist who is Professor of English at Nanjing University. Neidorf specializes in the study of Old English and Middle English literature, and is a known authority on Beowulf.

Carol Braun Pasternack (1950–2020) was a professor of medieval English literature and language at the University of California, Santa Barbara (UCSB) from 1988 to 2013. She chaired the Medieval Studies department, and was also Dean of Summer Sessions at UCSB in 2011–2013.

The poem "Thureth" is fully edited and annotated, with digital images of its manuscript pages, in the Old English Poetry in Facsimile Project: https://oepoetryfacsimile.org/