Thurland Chattaway (April 8, 1872 – November 12, 1947) was an American composer of popular music, active from approximately 1898 to 1912. He is best known for writing the words to the popular 1905 hit "Red Wing" with Kerry Mills. Other songs include "Little Black Me" and "Can't You Take It Back and Change It For a Boy".

This is a list of notable events in music that took place in the year 1907.

Nicholas Peter John Hornby is an English writer and lyricist. He is best known for his memoir Fever Pitch and novels High Fidelity and About a Boy, all of which were adapted into feature films. Hornby's work frequently touches upon music, sport, and the aimless and obsessive natures of his protagonists. His books have sold more than 5 million copies worldwide as of 2018. In a 2004 poll for the BBC, Hornby was named the 29th most influential person in British culture.

Kerry Mills(néFrederick Allen Mills; 1 February 1869 in Philadelphia – 5 December 1948 in Hawthorne, California), publishing also as F.A. Mills was an American ragtime composer and music publishing executive of popular music during the Tin Pan Alley era. His stylistically diverse music ranged from ragtime through cakewalk to marches. He was most prolific between 1895 and 1918. 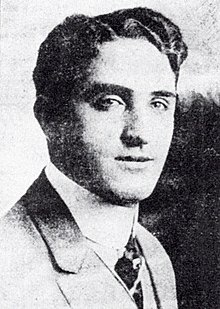 In political jargon, a useful idiot is a derogatory term for a person perceived as propagandizing for a cause without fully comprehending the cause's goals, and who is cynically used by the cause's leaders. The term was originally used during the Cold War to describe non-communists regarded as susceptible to communist propaganda and manipulation. The term has often been attributed to Vladimir Lenin, but this attribution is unsubstantiated. 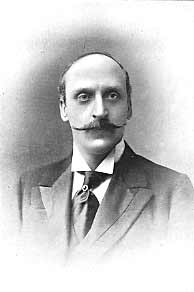 Lionel John Alexander Monckton was an English composer of musical theatre. He became Britain's most popular composer of Edwardian musical comedy in the early years of the 20th century.

Jay Chattaway is an American composer of film and television scores. He is mainly known for his work as composer for several Star Trek television series: Star Trek: The Next Generation, Star Trek: Deep Space Nine, Star Trek: Voyager, and Star Trek: Enterprise. 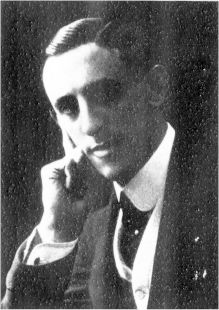 Paul Alfred Rubens was an English songwriter and librettist who wrote some of the most popular Edwardian musical comedies of the early twentieth century. He contributed to the success of dozens of musicals.

John Redford was a major English composer, organist, and dramatist of the Tudor period. From about 1525 he was organist at St Paul's Cathedral. He was choirmaster there from 1531 until his death in 1547. Many of his works are represented in the Mulliner Book. 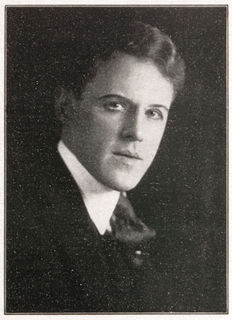 Robert Craig Campbell (1878–1965) was a Canadian tenor who performed in operettas across Canada and the United States. Campbell recorded with the Columbia, Davega, Perfect and Pathé labels. Although a tenor, Campbell had a very rich voice and could also sing baritone, and described himself as a tenore robusto. 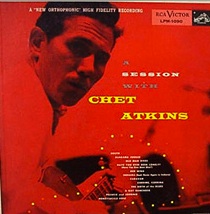 A Session with Chet Atkins is the third studio album recorded by American guitarist Chet Atkins. It features Atkins introducing standard pop and jazz melded with country sensibilities. The liner notes state this is the first use of a celeste on a country record. The musicians include Homer and Jethro in the rhythm section. Atkins uses his new EchoSonic amplifier for the first time on his recordings.

Identified! is an album by The Nashville String Band, released in 1971. The band consisted of Chet Atkins and Homer and Jethro.

"Red Wing" is a popular song written in 1907 with music by F.A Mills and lyrics by Thurland Chattaway. Mills adapted the music of the verse from Robert Schumann's piano composition "The Happy Farmer, Returning From Work" from his 1848 Album for the Young, Opus 68. The song tells of a young Indian girl's loss of her sweetheart who has died in battle. 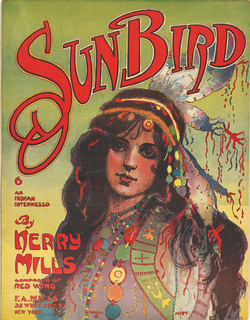 "Sun Bird" is an intermezzo composed by Kerry Mills in 1908. Thurland Chattaway wrote lyrics that appear in some later publications. The chorus is a love song from an Indian warrior to Sun Bird, an Indian maiden:

George Thurland Prior FRS was a British mineralogist. He made great contributions to mineralogical chemistry, petrology and meteoritics. 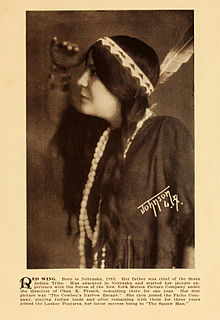 Red Wing was an American actress of the silent era. She and her husband James Young Deer have been dubbed by some as one of the first Native American Hollywood "power couple(s)" along with Mona Darkfeather and her actor/director husband Frank E. Montgomery. St. Cyr was born on the Winnebago Reservation in Nebraska.

"A Pretty Girl Is Like A Melody" is a popular song written by Irving Berlin in 1919 which became the theme song of the Ziegfeld Follies. The first verse and refrain are considered part of the Great American Songbook and are often covered as a jazz standard.