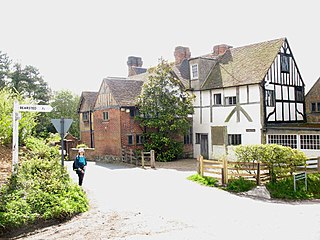 Thurnham is a village and civil parish which lies at the foot of the North Downs 3 miles (4.8 km) north east of Maidstone in the Borough of Maidstone and ceremonial county of Kent in England. It had a population of 1,085 in 2001 including Weavering, which increased to 1,205 following the 2011 Census.

Thurnham Castle or Godard's Castle is situated to the north of the village of Thurnham which is 3 miles north-east of Maidstone, Kent. 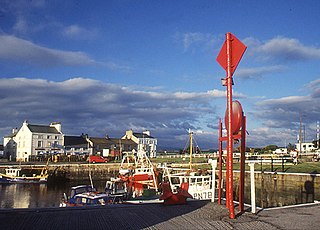 Thurnham is a civil parish in Lancashire, England. It is situated on the south side of the River Lune estuary in the City of Lancaster, and contains the villages of Conder Green, Glasson Dock, Lower Thurnham and Upper Thurnham. The parish has a population of 595, increasing to 651 at the 2011 Census.

Sir David Anthony Crausby is a British Labour Party politician who has been the Member of Parliament (MP) for Bolton North East since 1997. 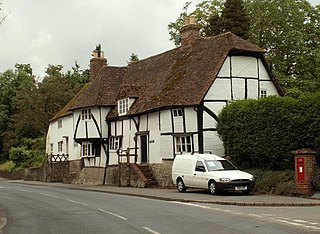 Detling Hill is a hill forming part of the North Downs in Kent, north-east of Maidstone, and is situated in the Kent Downs Area of Outstanding Natural Beauty. The typical southern escarpment of the North Downs is found here, and produces dramatic views over the Low Weald. The North Downs Way passes along the hill just south of the summit. 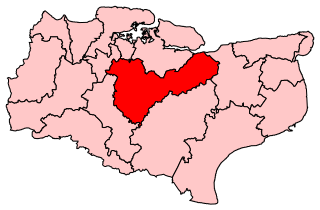 Faversham and Mid Kent is a constituency represented in the House of Commons of the UK Parliament. Since 2015, the seat has been represented by Helen Whately of the Conservative Party.

Peter Giles Thurnham was a British politician. He was Member of Parliament for Bolton North East from 1983 to 1997, originally as a Conservative before resigning to become an independent in February 1996 and then a Liberal Democrat in October 1996.

Borden Grammar School is a selective boys grammar school with academy status situated in the centre of Sittingbourne, Kent, England, which educates students aged 11–18. Whilst the school mainly admits boys, a small number girls have been educated at the school within the Sixth Form. The School holds specialist status in Sports.

Mid Kent was a county constituency in the county of Kent, which returned one Member of Parliament to the House of Commons of the Parliament of the United Kingdom.

Cockersand Abbey is a former abbey near Cockerham in the City of Lancaster district of Lancashire, England. It was founded before 1184 as the Hospital of St Mary on the marsh belonging to Leicester Abbey. It was refounded by the Cambro-Norman magnate, Theobald Walter, 1st Baron Butler as a Premonstratensian priory. It was subsequently elevated to an abbey in 1192. It also continued as a hospital.

Caring is a settlement south of Bearsted, near the town of Maidstone in Kent, England. It is located amid several farms on the River Len, a tributary of the Medway. The population of the settlement is included in the Thurnham civil parish.

Hollingbourne Rural District was a rural district in the county of Kent, England. It was named after the village of Hollingbourne.

Stephen Thurnham was a British justice and administrator. He was the son of Robert Thurnham, a Kentish landowner, and the older brother of Robert Thurnham, and first came to official attention in 1170 when, along with his father, he acted as a benefactor to Combwell Priory. He served Henry II, and in 1188 was one of the agents tasked with ensuring the return of normal religious service in Canterbury after a dispute between the Archbishop and local monks, with Henry rewarding him for his work with lands in Artington, Surrey. After Henry died in 1189 Thurnham served his son and successor, Richard I, with the same loyalty and skill. In 1190 he accompanied Richard on the Third Crusade, visiting Jerusalem in 1192, and in 1193 he escorted Queen Berengaria and Joan of England on their journey from Palestine to Rome.

John Cocker was an English cricketer who played for Kent. Cocker was born in Thurnham and died in South Australia.

White Horse Wood is a recently created English country park near Thurnham to the north of Maidstone, Kent. Located within the Kent Downs Area of Outstanding Natural Beauty, the park is a Site of Nature Conservation Interest.

Thurnham Hall is a grade-I-listed 17th-century country house in the village of Thurnham, Lancashire, England some 10 km south of Lancaster.

Thurnham is a civil parish in Lancaster, Lancashire, England. It contains 37 listed buildings that are recorded in the National Heritage List for England. Of these, three are listed at Grade I, the highest of the three grades, three are at Grade II*, the middle grade, and the others are at Grade II, the lowest grade.

Edward Tootell was an English surgeon and amateur cricketer. He was born at Thurnham near Maidstone in Kent in 1849, the son of Joseph Tootell, a land agent and auctioneer.