Harris first appeared on record in 1953. He was the vocalist for South Central Los Angeles R&B band the Lamplighters. [3] He remained with the band as it evolved through several name changes, from the Tenderfoots to the Sharps.

In 1957, Harris signed as a solo artist for Aladdin Records. His former band backed him when he released his version of Bobby Day's "Little Bitty Pretty One". [4] [5] It reached number 6 on the U.S. Billboard Hot 100. The track sold over one million records, achieving gold disc status. [3] The Sharps would go on to another name change to become The Rivingtons, achieving fame with the single "Papa-Oom-Mow-Mow".

Unusually, "Little Bitty Pretty One" was released on three different-colored labels: purple, blue and maroon. The song appeared on the soundtracks to films or television dramas, such as Telling Lies in America , Matilda , Lipstick on Your Collar , and Christine .

Harris had a second and final hit in 1958 with "Do What You Did", which reached the Top 20. His other best known song was "Runk Bunk", recorded in 1959 (Aladdin 3452). Harris later recorded on Cub, Dot, Imperial, Intro, Reprise and United Artists. 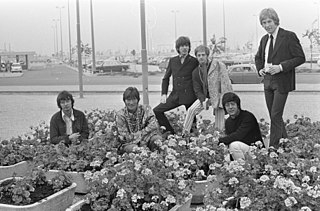 Manfred Mann were an English rock band, formed in London and active between 1962 and 1969. The group were named after their keyboardist Manfred Mann, who later led the successful 1970s group Manfred Mann's Earth Band. The band had two different lead vocalists, Paul Jones from 1962 to 1966 and Mike d'Abo from 1966 to 1969.

The Rivingtons were a 1960s doo-wop band, known for their 1962 novelty hit "Papa-Oom-Mow-Mow". The members were lead vocalist Carl White, tenor Al Frazier, baritone Sonny Harris, and bassist Turner "Rocky" Wilson, Jr. Frazier was replaced by Madero White for a period in the late 1970s.

Robert James Byrd, known by the stage name Bobby Day, was an American rock and roll and R&B singer, multi-instrumentalist, music producer, and songwriter. He is best known for his hit record "Rockin' Robin", written by Leon René under the pseudonym Jimmie Thomas. 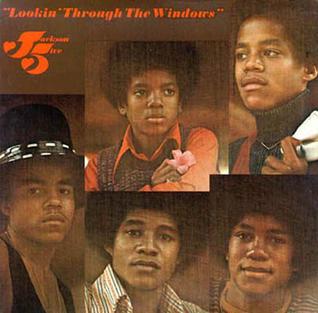 Lookin' Through the Windows is the sixth studio album by the Jackson 5, released on the Motown label in May 1972. 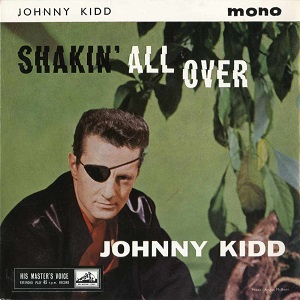 "Shakin' All Over" is a song originally performed by Johnny Kidd & the Pirates. It was written by leader Johnny Kidd, and his original recording reached No. 1 on the UK Singles Chart in August 1960. The song is sometimes credited to Frederick Albert Heath, which is Kidd's real name. Kidd's recording was not a hit outside Europe. In other parts of the world the song is better known by recordings from other artists.

"Little Bitty Pretty One" is a 1957 song written and originally recorded by Bobby Day. The same year, the song was popularized by Thurston Harris. Produced by Aladdin Records, and featuring the Sharps on backing vocals, Harris' version reached No. 6 on the U.S. Billboard Best-Sellers chart and No. 2 on the R&B chart. The Bobby Day version reached No. 11 in the Canadian CHUM Chart. 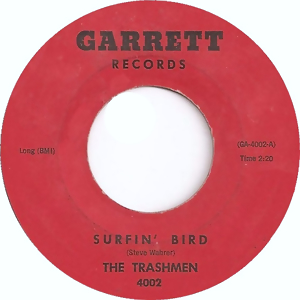 "Surfin' Bird" is a song performed by American surf rock band The Trashmen, containing the repetitive lyric "the bird is the word". It has been covered many times. It is a combination of two R&B hits by The Rivingtons: "Papa-Oom-Mow-Mow" and "The Bird's the Word".

"Papa-Oom-Mow-Mow" is a novelty nonsensical doo-wop song by the Rivingtons in 1962. It peaked at number 48 on the Billboard Hot 100, and number 35 on the Cashbox charts. The band released two similar follow-up songs over the next several months, "Mama-Oom-Mow-Mow " and "The Bird's the Word".

"Over and Over" is a song written by Robert James Byrd and recorded by him using the stage name Bobby Day. Day's version entered the Billboard Hot 100 in 1958, the same week a version of the same song by Thurston Harris entered the chart. Day's version reached #41, and was the B-side to "Rockin' Robin". Thurston Harris' version peaked at #96. In the song, the singer describes going to a party with misgivings of having a good time, until he sees a pretty girl. The singer attempts to ask her out, but she is waiting for her date to arrive. He vows to try "over and over".

Jewel Eugene Akens was an American singer and record producer. 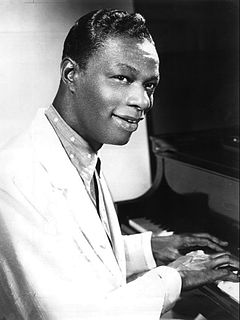 The Freshmen were among the most popular Irish showbands of the 1960s and 1970s. They specialised in recreating the complex vocal harmonies of international acts such as The Beach Boys and The 5th Dimension. They had nine top 20 hit singles in Ireland, including a reworking of The Rivingtons' song "Papa Oom Mow Mow", featuring the deep voice of lead singer, Derek Dean.

"What Do You Want to Make Those Eyes at Me For?" is a song written by Joseph McCarthy, Howard Johnson and James V. Monaco in 1916 for the Broadway production Follow Me, in which it was performed by Henry Lewis. 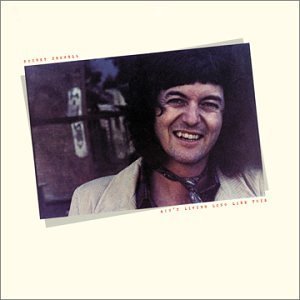 Ain't Living Long Like This is the debut studio album by American country music singer-songwriter Rodney Crowell, released in 1978 by Warner Bros. Records. It failed to enter the Top Country Albums chart. The songs, "Elvira", "Song for the Life" and "(Now and Then, There's) A Fool Such as I" were released as singles but they all failed to chart within the top 40. Despite this, Ain't Living Long Like This is considered one Crowell's best and most influential albums. Brett Hartenbach of Allmusic says it "not only showcases his songwriting prowess, but also his ability to deliver a song, whether it's one of his own or the work of another writer". Most of the songs on this album were later covered by other artists including The Oak Ridge Boys and Alan Jackson. When the album was re-released in 2002 the font on the cover was enlarged to make it more legible.

"Santa and the Satellite" was the fifth single released by Buchanan & Goodman. Dickie Goodman again supplies most of the dialogue, and features disc jockey Paul Sherman in place of Bill Buchanan.

Take One! is a 1980 album by British rock and roll singer Shakin' Stevens. It was his first release on Epic Records and his first album to enter the UK charts. The album also featured Stevens' first UK charting single "Hot Dog".

Weekend in London is the fifth studio album by the English rock band the Dave Clark Five. It contains the single "Come Home" and covers of "Blue Suede Shoes" by Carl Perkins and "Little Bitty Pretty One" by Thurston Harris. The album also features "Hurting Inside" and "'Till the Right One Comes Along", both of which later appeared on "The Dave Clark Five" (1971) compilation album. In Canada, it was released as Encores on Capitol Records.