Twigg-Smith was a fifth-generation descendant of missionary settlers in Hawaii. He was born in 1921 in Honolulu, Hawaii, the son of William and Margaret Carter Twigg-Smith (née Thurston) (1895–1976). He was the great-great-grandson of two missionary couples: Asa and Lucy Goodale Thurston and Lorrin Andrews and his wife Mary Ann Wilson. He was the grandson of an American lawyer, politician, and businessman born and raised in the Kingdom of Hawaiʻi, Lorrin A. Thurston, who played a key role in the 1893 overthrow of the Hawaiian Kingdom. His father William was an artist and a musician, who supported his family as an illustrator at the Hawaiian Sugar Planters' Association.

Twigg-Smith grew up in the lower Nuʻuanu Valley on Bates Street, in a house his father built. At the time, L.A. Thurston was publisher of the Honolulu Advertiser .

Twigg-Smith, his brother David, and sister Barbara attended Lincoln and Kapalama elementary schools. Twigg-Smith went on to President Theodore Roosevelt High School for junior high and entered Punahou School in the 10th grade on a scholarship.

He graduated from Punahou School in 1938 and earned a mechanical engineering degree from Yale University in 1942. Twigg-Smith served in the armed forces during World War II in Europe in five campaigns. He attained the rank of captain in the field artillery and was awarded the Bronze Star.

Returning to Hawaii in December 1945, he started work at the Honolulu Advertiser in February 1946. As a major, he started the 483rd Field Artillery battalion in the Hawaii National Guard. He left the guard in 1954 as a lieutenant colonel to concentrate on his duties as managing editor of the newspaper.

In 1961 Twigg-Smith took control of the financially ailing paper with the help of outside investors. It became financially profitable. In 1993 it was bought by a regional subsidiary of the Gannett Company for $250 million. [2]

"Thurston Twigg-Smith has long been an enthusiastic patron of both artists and art museums," says Susan Vogel, the Henry J. Heinz II Director of the gallery. "Since 1991, when he joined the Yale Art Gallery's governing board, he has given us 38 important contemporary works, among them such masterpieces as Diebenkorn's 'Ocean Park No. 24' and Wayne Thiebaud's 'Drink Syrups.' And 80 more are promised. It gives us great pleasure to share with our visitors the spirited and often witty works of art that have charmed this collector's 'Hawaiian Eye.'" [9]

In the 1990s, Twigg-Smith began taking an active role in opposing the Hawaiian sovereignty movement, writing a book, Hawaiian Sovereignty: Do the Facts Matter? [11] in 1994 that defended his grandfather's actions. He funded several programs and lawsuits that advocate against a sovereign Hawaiian nation and Hawaiian-based policies in Hawaii.

In 1996 he married Sharon Carter Smith. 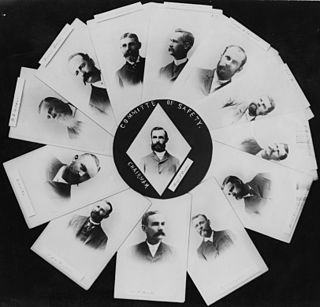 The Committee of Safety, formally the Citizen's Committee of Public Safety, was a 13-member group of the Annexation Club. The group was composed of mostly Hawaiian subjects of American descent and American citizens who were members of the Missionary Party, as well as some foreign residents in the Kingdom of Hawaiʻi. The group planned and carried out the overthrow of the Kingdom of Hawaiʻi on January 17, 1893. The goal of this group was to achieve annexation of Hawaiʻi by the United States. The new independent Republic of Hawaiʻi government was thwarted in this goal by the administration of President Grover Cleveland, and it was not until 1898 that the United States Congress approved a joint resolution of annexation creating the U.S. Territory of Hawaiʻi. 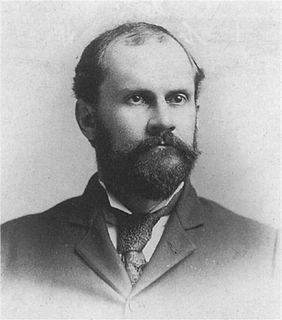 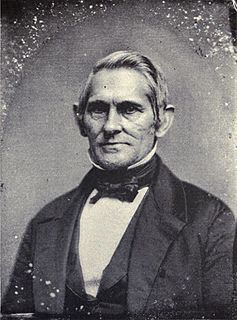 Hiram Bingham, formally Hiram Bingham I, was leader of the first group of American Protestant missionaries to introduce Christianity to the Hawaiian islands. Like most of the missionaries, he was from New England. 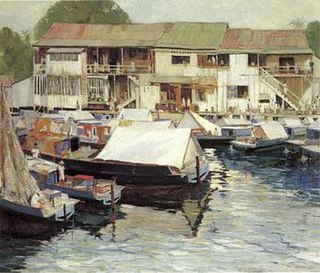 William Twigg-Smith was a New Zealand-born painter, illustrator and musician, who lived most of his life in Hawaii. During World War I, he was one of the first artists to serve in the American Camouflage Corps. 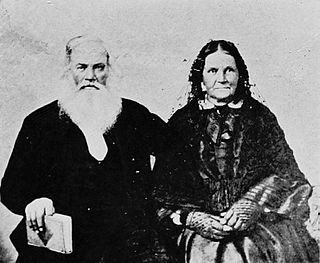 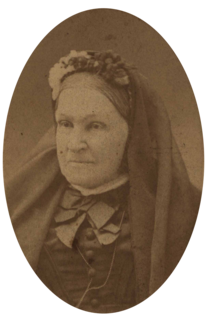 Lucy Goodale Thurston was a Protestant missionary and author. She was the wife of Asa Thurston and was one of the first American Christian missionaries to Hawaii. She is noted for her letters documenting her life and missionary works in the islands.

Lorrin Andrews was an early American missionary to Hawaii and judge. He opened the first post-secondary school for Hawaiians called Lahainaluna Seminary, prepared a Hawaiian dictionary and several works on the literature and antiquities of the Hawaiians. His students published the first newspaper, and were involved in the first case of counterfeiting currency in Hawaii. He later served as a judge and became a member of Hawaii's first Supreme Court.

James Bicknell Castle was a Honolulu businessman in times of the Kingdom of Hawaii, Republic of Hawaii and Territory of Hawaii.

William Patterson Alexander was an American missionary to the Kingdom of Hawaii. His family continued to influence the history of Hawaii. 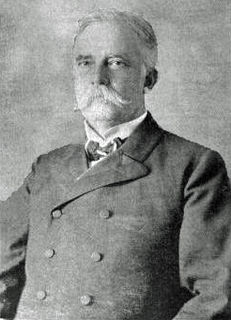 Charles Montague Cooke was a businessman during the Kingdom of Hawaii, Republic of Hawaii, and Territory of Hawaii.

William Owen Smith was a lawyer from a family of American missionaries who participated in the overthrow of the Kingdom of Hawaii. He was attorney general for the entire duration of the Provisional Government of Hawaii and the Republic of Hawaii. 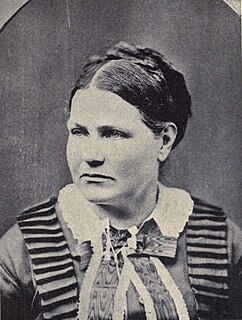 Persis Goodale Thurston Taylor was a painter and sketch artist. 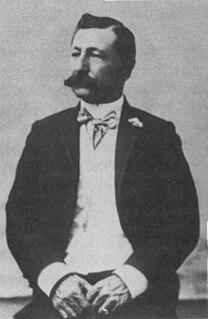 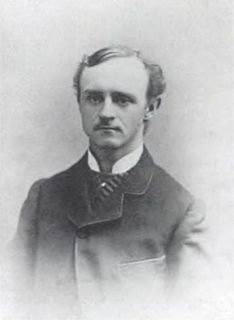 John Francis Colburn was a businessman and politician of the Kingdom of Hawaii. He served as the last Minister of the Interior to Queen Liliuokalani. Even though he was part Hawaiian ancestry on his maternal side, Colburn was a key figure in the overthrow of the Hawaiian monarchy and was a proponent of annexation to the United States. Colburn was the treasurer of the estate of Queen Kapiolani.

Sammy Apollo Kapiʻikauinamokuonalani Amalu (1917-1986) was a Kanaka Maoli descendant of a Hawaiian high chiefess, socialite, ex-con, and columnist with The Honolulu Advertiser. Known by the media as "Hawaiʻi's favorite rascal," Amalu went by many aliases throughout his life. He famously posed as a mysterious Indian Maharaja in San Francisco, a banker named Albert Wilcox, and a Swiss-based syndicate who went by The Presidium, to name a few.