Thuy Loi University (Vietnamese language: Đại học Thủy lợi) is a university in Hanoi, Vietnam. It was established in 1959 as the Electricity Water Resources Academy, spun off from the Hanoi University of Technology. 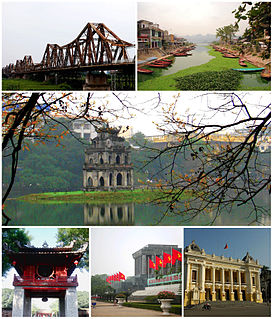 Hanoi is the capital of Vietnam. It covers an area of 3,328.9 square kilometres (1,285 sq mi). With an estimated population of 8.1 million as of 2019, it is the second largest city in Vietnam. The metropolitan area, encompassing nine additional neighbouring provinces, has an estimated population of 16 million. Located in the central area of the Red River Delta, Hanoi is the commercial, cultural, and educational centre of Northern Vietnam. Having an estimated nominal GDP of US$32.8 billion, it is the second most productive economic centre of Vietnam, following Ho Chi Minh City. 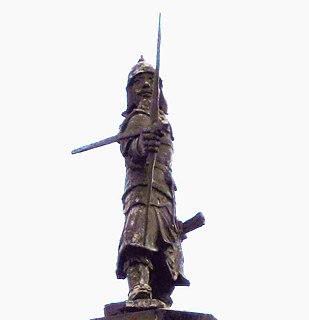 An Dương Vương is the title of Thục Phán, real name Khai Minh Phán, who was the only ruler of the kingdom of Âu Lạc from 208 BC to 179 BC. As the leader of the Âu Việt tribes, he defeated and seized the throne from the last Hùng king of the state of Văn Lang and united its people–known as the Lạc Việt—with the Âu Việt. In 179 BC, the capital Cổ Loa was attacked and the imperial citadel ransacked. An Dương Vương fled and committed suicide. 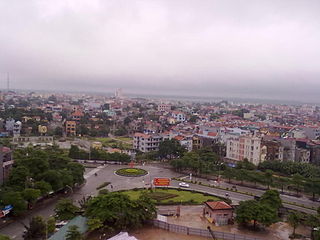 Việt Trì is the capital city of Phú Thọ Province in the north-east region of Vietnam. In 2010, the district had a population of 260,288. The district covers an area of 110 square kilometres (42 sq mi). Việt Trì is also the economic centre of the province and contains many industrial firms and service industries. 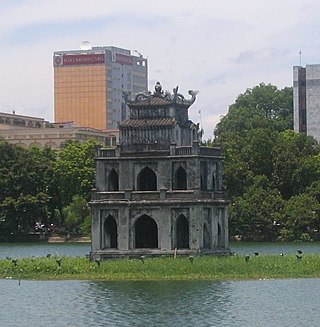 Hoan Kiem Lake, also known as Hồ Gươm, is a fresh water lake, measuring some 12 ha in the historical center of Hanoi, the capital city of Vietnam. 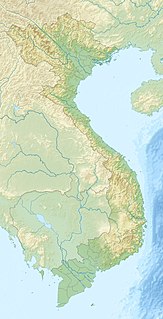 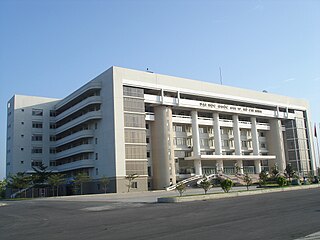 Vietnam National University Ho Chi Minh City is one of the two largest national universities in Vietnam, founded on 27 January 1995, and reorganized on 12 February 2001, under the Decision no. 15/2001/QĐ-TTg by the Prime Minister of Vietnam Phan Văn Khải. The university now provides undergraduate and graduate education to 56,427 students, including: 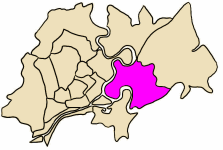 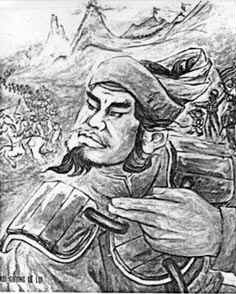 Thuận Thiên was the mythical sword of the Vietnamese King Lê Lợi, who liberated Vietnam from Ming occupation after ten years of fighting from 1418 until 1428. Lê Lợi then proclaimed himself king of the newly established Lê Dynasty. According to legend, the sword possessed magical power, which supposedly made Lê Lợi grow very tall. When he used the sword it gave him the strength of a thousand men, and the legend is often used to justify Lê Lợi's rule over Vietnam. The sword has been associated with Lê Lợi since the early phase of the Lê Dynasty. 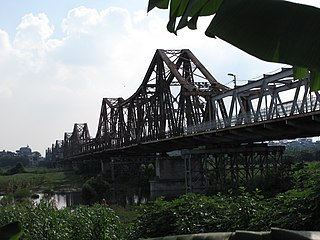 Trần Thu Hà, also known as Hà Trần is a Vietnamese singer and producer. She is considered by the public and critics as one of the four divas in Vietnam, alongside Thanh Lam, Hồng Nhung and Mỹ Linh. 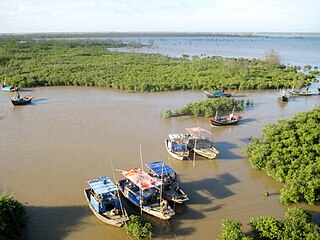 Xuân Thủy National Park is a national park in Hong River Biosphere Reserve in Nam Định Province, Vietnam. The national park was established according to the Decision number 01/2003/QĐ-TTg dated 2 January 2003 signed by premier Nguyễn Tấn Dũng, this decision turned Xuân Thủy Wetland Nature Reserve into Xuân Thủy National Park. The park was the first wetland area to be announced a Ramsar site in south-east Asia and is internationally significant as a migratory bird habitat.

Water supply and sanitation in Vietnam is characterized by challenges and achievements. Among the achievements is a substantial increase in access to water supply and sanitation between 1990 and 2010, nearly universal metering, and increased investment in wastewater treatment since 2007. Among the challenges are continued widespread water pollution, poor service quality, low access to improved sanitation in rural areas, poor sustainability of rural water systems, insufficient cost recovery for urban sanitation, and the declining availability of foreign grant and soft loan funding as the Vietnamese economy grows and donors shift to loan financing. The government also promotes increased cost recovery through tariff revenues and has created autonomous water utilities at the provincial level, but the policy has had mixed success as tariff levels remain low and some utilities have engaged in activities outside their mandate. 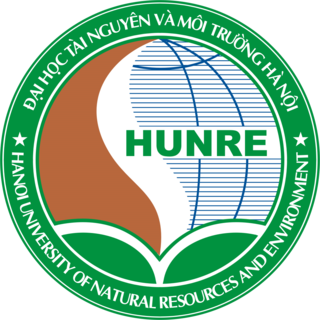