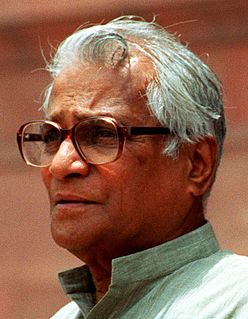 George Mathew Fernandes was an Indian trade unionist, statesman, journalist, freethinker, and member of Rajya Sabha from Bihar for a short while, and a member of Lok Sabha for a very long period, starting from Bombay in 1967 but mostly representing Bihar. He was a key member of the Janata Dal and the founder of the Samata Party. He held several ministerial portfolios including communications, industry, railways, and defence. 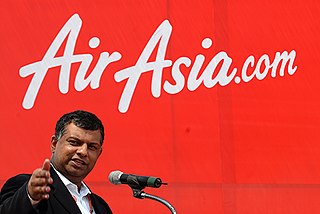 Tan Sri Dr. Anthony Francis Fernandes is a Malaysian entrepreneur. He is the founder of Tune Air Sdn. Bhd., who introduced the first budget no-frills airline, AirAsia, to Malaysians with the tagline "Now everyone can fly". Fernandes managed to turn AirAsia, a failing government-linked commercial airline, into a highly successful budget airline public-listed company. He has since founded the Tune Group of companies. He is also the majority shareholder of Queens Park Rangers Football Club.

Manuel Henrique Tavares Fernandes is a Portuguese footballer who plays as a midfielder for Russian club FC Krasnodar.

Manuel José Tavares Fernandes is a Portuguese retired footballer who played as a striker, and a coach.

Fernandes Guitars is a Japanese guitar and accessory manufacturer, that originated in 1969, building flamenco guitars. As the company grew it expanded production to include electric guitars, bass guitars, amplifiers, and accessories to become one of the biggest guitar manufacturers in Japan. Fernandes also owns Burny, a brand for Gibson replicas.

The 2003 FIFA U-17 World Championship, was the tenth edition of FIFA U-17 World Championship. It was held in the cities of Helsinki, Tampere, Lahti and Turku in Finland between 13 and 30 August 2003. Players born after 1 January 1986 could participate in this tournament. Some controversy followed the tournament after a number of players from the Sierra Leone squad defected to Finland.

Daniel Márcio Fernandes is a professional footballer who plays for S.C. Farense as a goalkeeper.

Gelson da Conceição Tavares Fernandes is a Swiss professional footballer who plays as a defensive midfielder for German club Eintracht Frankfurt. He also plays for the Switzerland national team.

Danny Fernandes is a Canadian singer and songwriter. He was signed to CP Records from 2008 until January 2014.

Fazenda de Verão was a Brazilian reality television show, which premiered on October 31, 2012 during the Southern Hemisphere summer. It was broadcast by RecordTV television network.

Bruno Miguel Borges Fernandes is a Portuguese footballer who plays for Sporting CP and the Portugal national team as a midfielder.

Thyago Vieira Lucio is a Brazilian professional baseball pitcher for the Chicago White Sox of Major League Baseball (MLB). He previously played for the Seattle Mariners.

Erica Fernandes is an Indian actress and model known for her portrayal of Dr. Sonakshi Bose in Kuch Rang Pyar Ke Aise Bhi and Prerna Sharma in Kasautii Zindagii Kay.

Mauro Fernandes da Silva, known as Mauro Fernandes, is a Brazilian retired footballer who played as a forward, and who is the current manager of Central de Caruaru.

Dylan Fernandes is a State Representative currently serving in the Massachusetts House representing Martha's Vineyard, Falmouth and Nantucket. He has been serving since 2017 and is a member of the Democratic Party.