Thylacoptila borbonica is a species of moth of the family Pyralidae. It is found on La Réunion. [2] 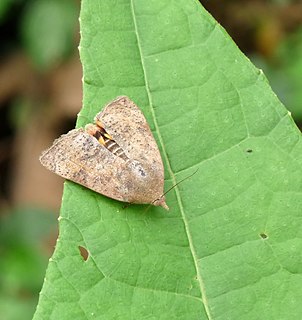 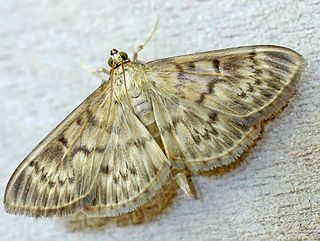 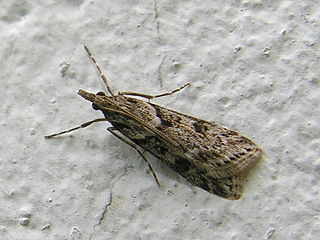 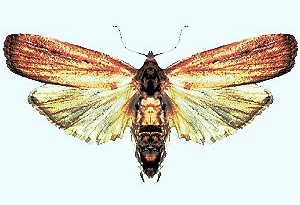 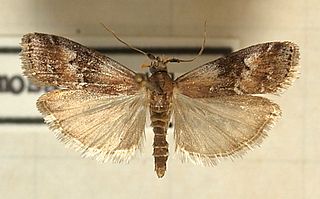 Rhodophaea formosa is a moth of the family Pyralidae. It is found in most of Europe.

Pyrausta phoenicealis, the perilla leaf moth, is a moth of the family Crambidae described by Jacob Hübner in 1818. It is found worldwide, including the Americas, Africa, Australia and Asia.