Thylane Léna-Rose Loubry Blondeau (born 5 April 2001) is a French model. Blondeau started modeling at a very young age, and in 2007, was titled "Most Beautiful Girl in The World."[ by whom? ] She has modeled for many designers, including Dolce & Gabbana, L'Oréal and Versace.

In 2018, she founded her own clothing brand, Heaven May, and was titled in TC Candler's "100 Most Beautiful Faces."

Thylane Blondeau was born on 5 April 2001, in Aix-en-Provence, France. She is the daughter of Patrick Blondeau, a footballer, and Véronika Loubry  [ fr ], an actress and television presenter. She has a younger brother.

Blondeau began modelling at the age of 4, walking on the runway for French designer Jean Paul Gaultier and later for famous designers like Dolce & Gabbana, babylos, and L'Oréal. [3] She had her first photoshoot at seven years old with Dani Brubaker. She represented the French modelling agency success kids between 2005 and 2016. [4]

When she was 10, [5] Blondeau was involved in a controversy over the sexualisation of children in advertising and the media when she appeared in adult clothing and make-up for the Vogue Paris supplement Vogue Enfants. [6] [7]

In 2017, she became a brand ambassador for L'Oreal Paris. [2] She starred alongside Zendaya, Lucky Blue Smith and Presley Gerber in the Dolce & Gabbana millennial-themed spring/summer 2017 campaign. [2]

She is considered one of the shortest models, with a height of 5'6".

Blondeau made her acting debut playing the role of Gabriele in the film Belle & Sebastian: The Adventure Continues (2015).

Dolce & Gabbana is an Italian luxury fashion house founded in 1985 in Legnano by Italian designers Domenico Dolce and Stefano Gabbana.

Nicole Trunfio is an Australian model. 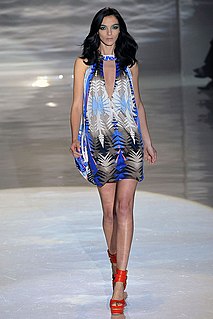 Mariacarla Boscono is an Italian model and actress. Rising to fame in the early 2000s, Boscono has walked the runways of major worldwide fashion weeks and festivals, including Milan Fashion Week, New York Fashion Week and Paris Fashion Week, the Met Gala and Venice Film Festival. In 2005, over a two-week period, she walked more than seventy runway in three different cities, establishing a world record. 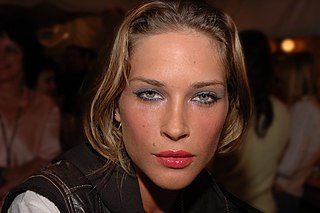 Raquel Zimmermann is a Brazilian model. Raquel was announced as a Revlon ambassador in January 2018.

Elena Vladimirovna Roslyakova is a Russian model. She has appeared on more than 400 magazine covers, including Elle and Vogue. She has been called by Vogue Paris one of the best models of the 2000s decade and one of the most influential Russian models of all time, alongside Natalia Vodianova and Natasha Poly. 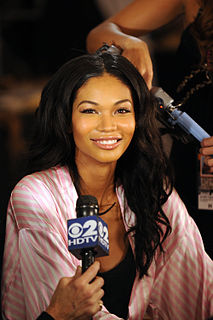 Chanel Iman Robinson Shepard is an American model best known for her work as a Victoria's Secret Angel. Vogue Paris declared her as one of the top 30 models of the 2000s. 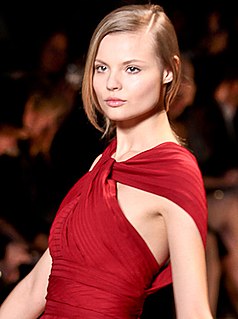 Magdalena Frąckowiak is a Polish model and jewelry designer who began appearing on international runways in 2006.

Elyse Taylor is an Australian model. She is a brand ambassador for makeup and skincare brand Nude by Nature and has walked in the Victoria's Secret Fashion Show. 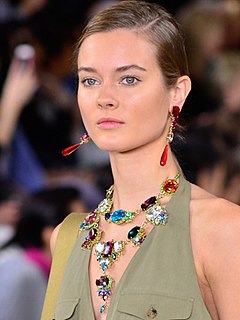 Monika Jagaciak Jankic, known professionally as Jac Jagaciak, is a Polish model. After signing with IMG Models in 2007, Jagaciak was given the nickname "Jac" by the agency.

Ruby Rose Aldridge is an American fashion model and singer. During the years of 2008 - 2012, Ruby Aldridge was the "face" of brands such as Coach, Marc by Marc Jacobs, Valentino, and Calvin Klein. During the 2011 fall fashion week, Aldridge opened four fashion shows which placed her, at that time, 7th in terms of the number of these appearances in a given fashion week. As of this date, she has walked in nearly 200 fashion shows, including for top designers such as Alberta Ferretti, Missoni, Sonia Rykiel, Valentino, Dolce & Gabbana, Marc Jacobs, and others, and has appeared on the covers of Harper's Bazaar, L'Express Styles, and L'Officiel, and in major magazine spreads in The New York Times, Vanity Fair, and in the Vogue editions of several countries. Ruby Aldridge is the daughter of former Playboy playmate Laura Lyons and artist and graphic designer Alan Aldridge, and younger sister of fashion model Lily Aldridge.

Blanca Padilla is a Spanish model. She was the face of Dolce & Gabbana. In October 2017, she became the new face of Givenchy Beauty.

Marpessa Hennink is a Dutch fashion model. She is best known for her work as a runway model, which earned her the moniker “The Catwalk Contessa”.

Estelle Chen is a French model. 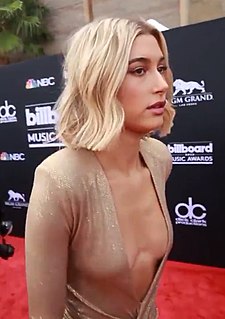 Hailey Rhode Baldwin Bieber is an American model, media personality, and socialite. Bieber trained as a ballet dancer; her dancing career ended due to an injury. She has been featured in major ads for Guess, Ralph Lauren, and Tommy Hilfiger. Bieber is a daughter of Stephen Baldwin and niece of Alec Baldwin. She is married to Canadian singer Justin Bieber and lives in Waterloo, Ontario, Canada. 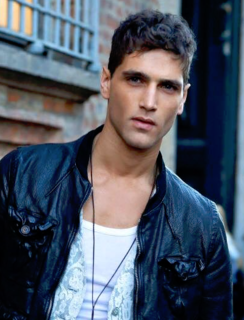 Fabio Mancini is an Italian male supermodel. He is best known for having been one of the top male models for Giorgio Armani for the last 11 consecutive years on both the runway and in various advertising campaigns.

Mayowa Nicholas is a Nigerian fashion model. She is the first Nigerian model to star in a Dolce & Gabbana, Saint Laurent, and Calvin Klein campaigns.

Lady Kitty Spencer is a British model and aristocrat. She is the eldest child of Charles Spencer, 9th Earl Spencer, and a niece of Diana, Princess of Wales. Spencer is the spokesmodel for jewellery brand Bulgari and fashion company Dolce & Gabbana.