Last updated September 07, 2020
species of plant in the family Lamiaceae

Thymus carnosus is a species of flowering plant in the Lamiaceae family. [2] [3] It is native to southern Portugal and Spain. [2] It is a woody, upright perennial to 41 cm (16 in) tall, with clusters of fleshy, oval, light green to grey-green leaves, furry on their undersides. Its white, lilac, or pink flowers are borne on 41 cm (16 in) spikes and are protected by oval green bracts.

Abies pinsapo, the Spanish fir, is a species of tree in the pine family Pinaceae, native to southern Spain and northern Morocco. Related to other species of Mediterranean firs, it is considered the Andalusian National Tree. In Spain, it appears at altitudes of 900–1,800 metres (3,000–5,900 ft) in the Sierra de Grazalema in the province of Cádiz and the Sierra de las Nieves and Sierra Bermeja, both near Ronda in the province of Málaga. In Morocco, it is limited to the Rif Mountains at altitudes of 1,400–2,100 metres (4,600–6,900 ft) on Jebel Tissouka and Jebel Tazaot.

Aegilops kotschyi is a member of the grass family, Poaceae, native to the Levant.

Asparagus aethiopicus, Sprenger's asparagus, is a plant native to the Cape Provinces and the Northern Provinces of South Africa. Often used as an ornamental plant, it is considered an invasive weed in many locations. asparagus fern, asparagus grass and foxtail fern are common names; however, it is unrelated to true ferns. A. aethiopicus has been confused with A. densiflorus, now regarded as a separate species, so that information about A. aethiopicus will often be found under the name A. densiflorus.

Roscheria is an endangered, monotypic genus of flowering plant in the palm family. The genus is named for Albrecht Roscher, a 19th-century German explorer, and the epithet for its single species R. melanochaetes derives from Latin and Greek meaning 'black' and 'bristle', alluding to the spines covering the trunks. They naturally occur on the Mahé and Silhouette Islands of Seychelles where they grow in mountainous rainforest and are threatened by habitat loss.

Euphorbia quitensis is a species of plant in the family Euphorbiaceae. It is endemic to Ecuador. Its natural habitat is subtropical or tropical moist montane forests.

Pandanus microcarpus is a species of plant in the family Pandanaceae, endemic to Mauritius.

Pandanus pyramidalis is a species of plant in the family Pandanaceae, endemic to Mauritius.

Salvia candelabrum is a species of flowering plant in the Lamiaceae family, native to Spain. It is a woody-based perennial growing to 100 cm (39 in), with woolly grey-green leaves that resemble those of the common sage, S. officinalis, and emit a similar scent when crushed. In summer it bears violet-blue flowers on branching stems held high above the foliage.

Salvia judaica is a species of flowering plant in the Lamiaceae family. It is a perennial commonly called Judean sage that is native to Mediterranean woodlands and shrublands, with violet flowers blooming from April–June.

Colchicum micranthum is a species of flowering plant in the Colchicaceae family. It is native to Turkey with nearly white flowers barely 2 cm (.75") tall. It produces a series of blooms throughout the fall. The leaves follow the flowers, and are usually 3–5 in number.

Tulipa armena is a species of flowering plant in the Liliaceae family. It is referred to by the common name Armenian tulip, and is native to the historical Armenian Highlands as the name implies; current regions of Armenia, modern day Turkey, Iran, and South Caucasus.

Allium carmeli is a species of flowering plant in the Amaryllidaceae family. It is found in Israel, Palestine, Syria and Lebanon. It is a bulb-forming perennial with pink flowers.

Fritillaria gibbosa is an species of herbaceous perennial plant in the Liliaceae family. It is native to Afghanistan, Iran, Pakistan, Turkmenistan, and Transcaucasia.

Iris attica, the Greek iris, is a plant species in the genus Iris, it is also in the subgenus Iris. It is a rhizomatous perennial, from the mountains of the Balkans in Europe, within the countries of Greece, former Yugoslavia, Turkey and North Macedonia. It has sage green or grey-green leaves, that are sickle-shaped, a stout short stem and 2 variable flowers, in shades from yellow to purple. They have a white or blue beard. It is often called Iris pumila subsp attica, but is classified in most sources, as a separate species, although it is closely related to Iris pumila, as a possible parent plant. It is cultivated as an ornamental plant in temperate regions. 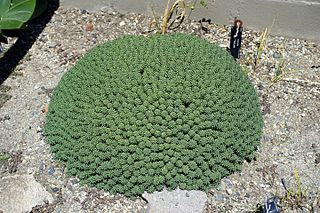 Euphorbia clavarioides is a species of herbaceous plant in the Euphorbiaceae family. It is native to Botswana, Lesotho, and South Africa. It may grow to 18 cm in diameter, with a height of 30 cm. Its flowers are yellow.

Hypericum pubescens is a perennial herb in the Hypericaceae family. It is in the section Adenosepalum.

Ornithogalum libanoticum, or Lebanon ornithogalum, is a species of Ornithogalum in the subfamily Scilloideae of family Asparagaceae. 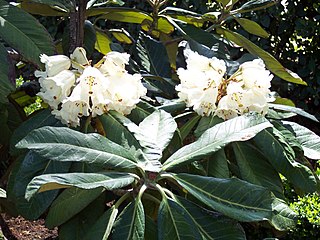 Lathyrus undulatus, also known as wavy pea, is a flowering plant in the genus Lathyrus, which is in the family Fabaceae. It is native to Turkey, specifically the northwest slopes of Trabzon, Rize, Bolu, Bursa, Sakarya; as well as Crimea, specifically the southern slopes of Nikita Yayla. Its Turkish name is Istanbul Nazendesi.