Thyne may refer to: 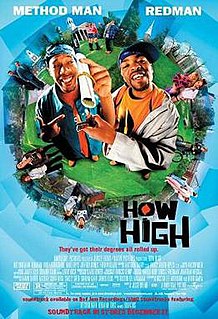 The Associated Schools of NSW Inc, most commonly referred to as the Committee of Associated Schools (CAS), is a group of six independent schools located in Sydney, Australia, which share common interests, ethics, educational philosophy and contest sporting events between themselves. In addition, CAS members often compete with members of the Athletic Association of the Great Public Schools of New South Wales (GPS) and members of the Independent Schools Association (ISA).

The Natural Acoustic Band were a British acid-folk band, formed in 1969 in Milngavie, Glasgow, Scotland. There were a number of personnel changes throughout the band's history, but the best known line up was:

"Life of the Party" is episode 5 of season 5 in the television show Angel.

Critical Mass is a 2001 low budget action film released direct-to-video. It starred Treat Williams, Lori Loughlin, and Udo Kier and was directed by Fred Olen Ray, credited as Ed Raymond. The film features scenes taken straight from other films such as Terminator 2: Judgment Day and Universal Soldier spliced into newly filmed scenes to make up its action sequences.

Thomas Joseph Thyne is an American actor, best known for his role in Bones as Dr. Jack Hodgins, an entomologist, mineralogist, and botanist. 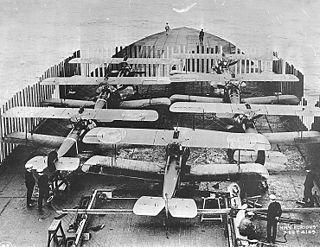 The Tondern raid, officially designated Operation F.7, was a British bombing raid mounted by the Royal Navy and Royal Air Force against the Imperial German Navy's airship base at Tønder, Denmark, then a part of Germany. These airships were used for the strategic bombing of Great Britain by Germany. It was the first attack in history by aircraft launched from an aircraft carrier. On 19 July 1918 seven Sopwith Camels took off from the converted battlecruiser Furious. For the loss of one man, the British destroyed two German zeppelins, L 54 and L 60, and a captive balloon.

The 2006 Cheltenham Gold Cup was a horse race which took place at Cheltenham on Friday 17 March 2006. It was the 78th running of the Cheltenham Gold Cup, and it was won by War of Attrition. The winner was ridden by Conor O'Dwyer and trained by Mouse Morris. The pre-race favourite Beef or Salmon finished eleventh.

The 2005 Cheltenham Gold Cup was a horse race which took place at Cheltenham on Friday 18 March 2005. It was the 77th running of the Cheltenham Gold Cup, and it was won by the pre-race favourite Kicking King. The winner was ridden by Barry Geraghty and trained by Tom Taaffe. 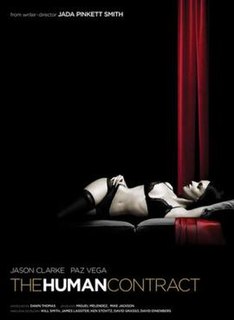 The Human Contract is a 2008 drama film written and directed by Jada Pinkett Smith and starring Jason Clarke and Paz Vega. The DVD was released on June 30, 2009. This is Jada Pinkett Smith's directorial debut.

Jennifer Oxley is an American author, illustrator, and television writer/director. She is the co-creator of the PBS children's program Peg + Cat, with Welcome to the Wayne creator Billy Lopez as head writer. She was the creative director of Wonder Pets, Go, Baby!, and 3rd & Bird, children's television series that were also head written by Lopez. She has won an Emmy Award and a Humanitas Award for her work on the Nick Jr. show Little Bill.

A coup d'état, also known simply as a coup, ousting or an overthrow, is the forcible expulsion/removal of power of an existing government by non-democratic means; typically, it is an illegal, unconstitutional seizure of power by a dictator, the military, or a political faction. A coup d'état is considered successful when the usurpers seize and hold power for at least seven days.

The seventh season of the American television series Bones premiered on November 3, 2011, and concluded on May 14, 2012, on Fox. The show maintained its previous time slot, airing on Thursdays at 9:00 pm ET for the first half of the season. It began airing on Mondays at 8:00 pm when it returned on April 2, 2012. The season contains a reduced order of 13 episodes to accommodate Emily Deschanel's pregnancy. Fox ordered an additional four episodes, that were produced during the seventh season, but aired during the first part of season eight.

Kurt Kuenne is an American filmmaker and composer. He has directed a number of short and feature films, including Rent-a-Person, the YouTube film Validation, described as "a romantic epic in miniature", and the documentary Dear Zachary: A Letter to a Son About His Father.

Turbonilla thyne is a species of sea snail, a marine gastropod mollusk in the family Pyramidellidae, the pyrams and their allies.

The Adventures of Napkin Man! is a Canadian children's television series created by Tone Thyne and Josh Selig. It premiered in 2013 on CBC Television, as part of the Kids' CBC block. Mixing live action with animation, the series stars Yannick Bisson as Mr. Anthony, a preschool teacher who writes and illustrates stories featuring Napkin Man, a superhero figure, to teach his students how to handle difficult emotions.