The Thyni /ˈθaɪˌnaɪ/ (Greek : Θυνοί) were a Thracian tribe that lived in south-eastern Thrace. The Thyni were closely related to the Bithynians, with whom they often exchanged troops and royal marriages, [1] later a section of the Thyni, along with the Bithyni, migrated to the area in Asia Minor that would later be known as and Bithynia, and where they would later be conquered by the Lydian and Persian empires. [2] Each respective region (Thynia and Bithynia) got its name, presumably, from the Thracian tribe that was more prominent in the area. Xenophon (Anabasis VII, 2) praises the Thyni: "Teres, with a large army, was said to have had his baggage train taken from him by the natives, who are called Thyni and are supposed to be the most dangerous of all the tribes, especially at night fighting." The Thyni included clubs amongst their weapons. The Thyni often joined the ranks of organized armies as mercenaries or volunteers.

The Bithyni were a Thracian tribe who, along with the Thyni, migrated to Anatolia. Herodotus, Xenophon and Strabo all assert that the Bithyni and Thyni settled together in what would be known as Bithynia and Thynia. According to Herodotus, the Bithynian Thracians originally lived along the Strymon river, and were known as Strymonians. 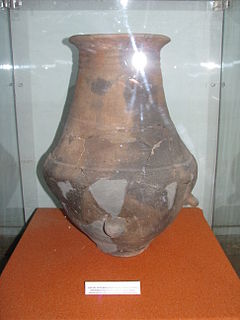 Agathyrsi were a people of mixed Iranian Scythic and Geto-Thracian origin whose bulk were Thracian while their aristocracy was closely related to the Scythians. In the time of Herodotus, the Agathyrsi occupied the region around the source of the Maris river, in the mountainous part of ancient Dacia now known as Transylvania in present-day Romania. 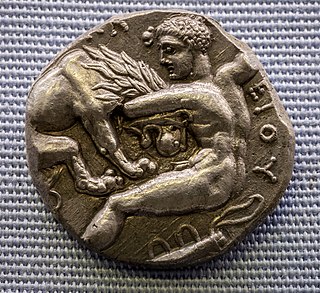 In the ancient world, Thynia was a region of Europe along the northern coast of the Propontis, opposite Bithynia on the Asian side. It was originally occupied by the Thyni, a Thracian people who came from Thrace. Note that in the Middle Ages, Mesothynia was the peninsula of modern Kocaeli.

The Odrysian Kingdom was a Thracian kingdom that existed from the early 5th century BC at least until the mid-3rd century BC. It consisted mainly of present-day Bulgaria and parts of Southeastern Romania, Northern Greece and European Turkey. Dominated by the eponymous Odrysian people, it was the largest and most powerful Thracian realm and the first larger political entity of the eastern Balkans. Before the foundation of Seuthopolis in the late 4th century it had no fixed capital. 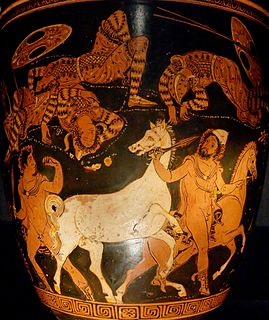 Rhesus is a mythical Thracian king in Iliad, Book X, who fought on the side of Trojans. Diomedes and Odysseus stole his team of fine horses during a night raid on the Trojan camp.

Skudra was a province (satrapy) of the Persian Achaemenid Empire in Europe between 510s BC and 479 BC. Its name is attested in Persian and Egyptian inscriptions. It is believed to have comprised the lands now known as Thrace and Macedon.

Treri is the name of a Thracian tribe. They are mentioned by Strabo. 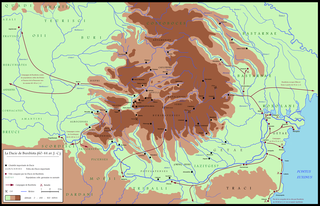 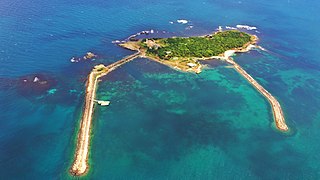 Kefken Island,, lies off the Black Sea coast of Turkey, a short boat ride from the mainland village of Cebeci in the Kandıra district of Kocaeli Province.

The Mariandyni were an ancient tribe in the north-east of Bithynia. Their country was called Mariandynia and Pliny speaks of a Sinus Mariandynus on their coast. Greek myths have Mariandynus as their presumed eponymous hero. 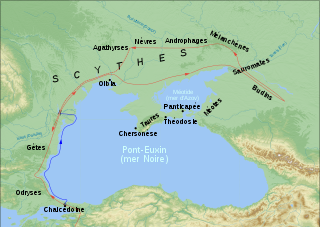 The Scythian campaign of Darius I was a military expedition into parts of European Scythia by Darius I, the king of the Achaemenid Empire, in 513 BC. The Scythians were an East Iranian-speaking people who had invaded Media, revolted against Darius and threatened to disrupt trade between Central Asia and the shores of the Black Sea as they lived between the Danube and Don Rivers and the Black Sea. The campaigns took place in parts of what is now the Balkans, Ukraine and southern Russia.