Thyrsa Anne Frazier Svager (June 16, 1930 – July 23, 1999) was an American academic who was one of the first African-American woman to gain a PhD in mathematics. [1] Born in Ohio, she graduated from high school at the age of 16, going to Antioch College in Ohio and then doing her postgraduate degrees at Ohio State University. [2] Frazier Svager was the head of the Department of Mathematics at Central State University (CSU) in Ohio for decades, ending her academic career as provost and dean for academic affairs. [3] She and her husband, physics professor Aleksandar Svager, invested one of their salaries during their careers to build a legacy for scholarships. [4] [5] After her death, the Thyrsa Frazier Svager Fund was established to provide scholarships for African-American women majoring in mathematics. [6]

Frazier Svager was born Thyrsa Anne Frazier on June 16, 1930, in Wilberforce, Ohio. [2] Her mother, Elizabeth Anne Frazier, taught speech at Central State University (CSU), a historically black university in Wilberforce, Ohio. [3] Her father, G. Thurston Frazier, headed the Logistics Department at the Wright-Patterson Air Force Base in Dayton, Ohio. [3] He was a member of the Kappa Alpha Psi fraternity, holding the position of Polemarch in the province. [3] [7] Frazier Svager had three sisters, Gail, Constance and Jane, and a brother, William Lafayette. [3] [2]

Frazier Svager graduated from Wilberforce University Preparatory Academy in Ohio at the age of 16 in 1947, as class valedictorian. [2] [8] She attended Antioch College, a private liberal arts college in Yellow Springs, Ohio, majoring in mathematics, with a minor in chemistry, and placed in the 99th percentile in the Princeton Senior Student Examination. [9] Frazier Svager was one of only four black students at Antioch: one of the others was Coretta Scott King, with whom she was friends. [8]

She gained a Bachelor of Arts degree from Antioch in 1951, going on to gain a master's (1952) and PhD from Ohio State University (OSU) in Columbus in 1965, where Paul Reichelderfer was her doctoral advisor. [10] [11] Her dissertation was titled "On the product of absolutely continuous transformations of measure spaces". [12]

Frazier Svager worked for a year at Wright-Patterson Air Force Base in Dayton, before teaching at Texas Southern University in Houston. [10] In 1954, she joined the faculty of CSU in Wilberforce. [10]

While on the CSU faculty, Frazier met Aleksandar Svager, a Holocaust survivor from Yugoslavia and physics professor at CSU. [4] [5] They married in June 1968 at her parents' home. [18]

Both university professors with a strong commitment to furthering education opportunities, the Svagers lived on one income, investing the other to build a scholarship fund. [5] After her death, her husband established the Thyrsa Frazier Svager Fund at the Dayton Foundation, for African-American women who major in mathematics at one of six universities, with a legacy contribution planned. [6] [5] As of February 2017, 33 women had received support from the Fund. [5] An annual contribution is also being made to the American Physical Society's Minority Scholarship. [4]

Frazier Svager was honored with an Honorary Doctor of Humane Letters by CSU on her retirement, and she was inducted into the Hall of Fame in Greene County, Ohio. [2] 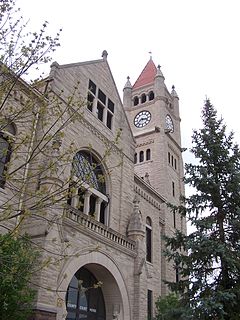 Greene County is located in the southwestern portion of the U.S. state of Ohio. As of the 2020 census, the population was 167,966. Its county seat is Xenia. The county was established on March 24, 1803 and named for General Nathanael Greene, an officer in the Revolutionary War. 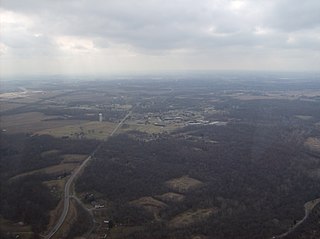 Xenia is a city in southwestern Ohio and the county seat of Greene County, Ohio, United States. It is 15 miles (24 km) east of Dayton and is part of the Dayton Metropolitan Statistical Area, as well as the Miami Valley region. The name comes from the Greek word Xenia (ξενία), which means "hospitality". 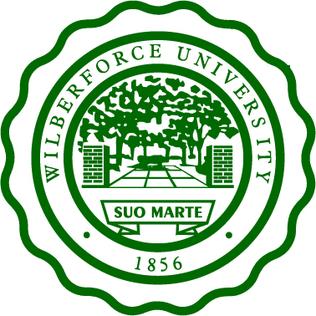 Wilberforce University is a private historically black university in Wilberforce, Ohio. Affiliated with the African Methodist Episcopal Church (AME), it was the first college to be owned and operated by African Americans. It participates in the United Negro College Fund.

Cleveland State University (CSU) is a public research university in Cleveland, Ohio. It was established in 1964 and opened for classes in 1965 after acquiring the entirety of Fenn College, a private school that had been in operation since 1923. CSU absorbed the Cleveland-Marshall College of Law in 1969. Today it is part of the University System of Ohio, has more than 120,000 alumni, and offers over 200 academic programs. It is classified among "R2: Doctoral Universities – High research activity".

Central State University (CSU) is a public, historically black land-grant university in Wilberforce, Ohio. It is a member-school of the Thurgood Marshall College Fund. 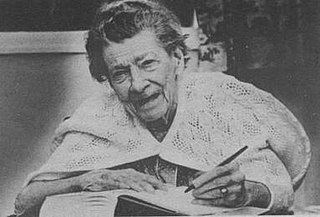 Helen Hooven Santmyer was an American writer, educator, and librarian. She is primarily known for her best-selling epic "...And Ladies of the Club", published when she was in her 80s.

Charity Adams Earley was an American United States Army officer. She was the first African-American woman to be an officer in the Women's Army Auxiliary Corps and was the commanding officer of the first battalion of African-American women to serve overseas during World War II. Adams was the highest-ranking African-American woman in the army by the completion of the war. The 6888th Central Postal Directory Battalion's motto was "No Mail, Low Morale." A monument honoring this unique group of women was dedicated at Fort Leavenworth, Kansas on November 30, 2018.

The Nonstop Liberal Arts Institute was the educational program supported by Nonstop Antioch, a movement organized by alumni and former students, staff and faculty of Antioch College to keep Antioch College alive and operating in Yellow Springs, Ohio. Nonstop was supported for one year by the Antioch College Alumni Association through the College Revival Fund. Originally organized in 2007 shortly after Antioch University announced the closure of the original college and campus, the effort was first known as "Antioch-College-in-Exile" but changed its name after the university threatened a lawsuit over use of the Antioch name or other identifiers. The Nonstop effort was not supported by or affiliated with the Antioch University system.

Carolyn Ray Boone Mahoney is an American mathematician who served as President of Lincoln University of Missouri. Her research interests include combinatorics, graph theory, and matroids.

Rose Papier was an Ohio social administrator who worked in several departments throughout the state including the Department of Mental Health and Retardation, the Ohio Commission on Aging and headed the Ohio Administration on Aging when it was created in 1965. She was one of the inaugural inductees into the Ohio Women's Hall of Fame in 1978.

Marjorie Diane Blasius Corcoran was an American particle physicist who worked as a professor at Rice University. 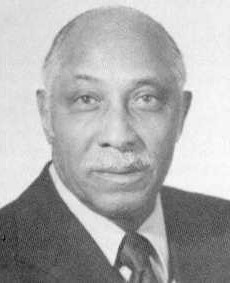 James J. Walker was an American college football player and coach. He served as the head football coach at Central State University in Wilberforce, Ohio from 1957 to 1964 and 1967 to 1971.

Fay Biles is an American academic and college sports coach. She was the first woman to serve in a vice presidency role at an Ohio university. As a head coach of the field hockey and lacrosse teams, she logged more victories than any other coach in Kent State University history. She was inducted into the Ohio Women's Hall of Fame in 1986.

Joan Straumanis is an academic administrator, philosopher, second-wave feminist, mathematician, civil libertarian, public speaker, and American pioneer in women's studies. She co-created the first women's studies program outside a public university, and served as president of both Antioch College and the Metropolitan College of New York and as academic dean at other institutions.

Bernice Irene Sumlin was an American educator. She became the nineteenth international president of the Alpha Kappa Alpha sorority in 1974. She was a national vice president of the National Council of Negro Women.