Last updated May 05, 2022
Not to be confused with Tia (singer).
Musical artist

TiA (ティア) is a Japanese pop singer famous for her songs "Ryuusei" (part of the Naruto ending themes repertoire) and "Every Time". Her August 2005 single "Promise", is used as Yakitate!! Japan 's second opening song. She released her first American debut song "I'm On My Way" in 2015.

TiA was born in Yokohama, Japan. Her father is Japanese and her mother is half German-American and half Japanese.

After sending her demo tapes to several companies, she signed a contract with Epic Records when she was just 16.

TiA debuted at the age of 16 and soon became famous for her song "Ryuusei" which starred as one of the "Naruto" ending themes. Her first album received a Gold Disc Award.

In 2004 she released her first music album, entitled Humming.

She will be releasing her most recent single on iTunes in 2017.

Rurutia (ルルティア) is a Japanese singer-songwriter. She began her career in 2001 with the release of the single "Itoshigo yo" when she was signed with Toshiba-EMI. She has released twelve albums and eleven singles. Rurutia is intensely private; most aspects of her life – including her real name, date of birth, and hometown, are kept private, and she has never appeared on a TV program or held a live concert since her debut. Her mass media appearances have been limited to broadcasts of the Internet radio program "RURUTIA Planet," which began streaming on her official website after she became independent, interviews with photos posted on her official website, and interviews in music magazines. As for avoiding media exposure, she cites the glamorous world of the public spotlight and her own musical world as being at odds with each other. This, added to her whispered vocals, creates a unique and mysterious artistic persona.

Birthday Eve is a limited edition single by Japanese R&B-turned-pop artist Kumi Koda. It was the second release in her 12 Singles Collection and charted No. 6 on Oricon, remaining for four weeks. The single became the first release to be limited to 50,000 units, which would be done for all but three of the singles in the collection. 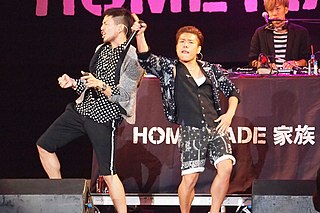 Home Made Kazoku is a Japanese hip-hop trio from Nagoya, formed in 1996. They are signed to Ki/oon Records, a subsidiary of Sony Music. 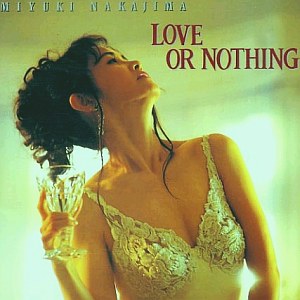 Love or Nothing is the 22nd studio album by Japanese singer-songwriter Miyuki Nakajima, released in October 1994.

CooRie is a self-produced Japanese music unit by singer-songwriter Rino that performs songs for anime and games. CooRie used to be a two-person unit when it debuted in 2003, with Rino doing the lyrics and vocals and Naoyuki Osada doing the music compositions and arrangements. After Osada left by the end of 2003, Rino maintained the name CooRie and composed the music by herself, although she sometimes sings under her own name, especially if the song is for adult games. CooRie's records are released under Lantis and Mellow Head.

Chata is a Japanese singer who has performed theme songs for video games and anime series. She has also participated in various dōjin music circles. Her own private circle is called Usagi Kinoko.

Yuuko Ishibashi is a Japanese singer, born April 3, 1980 in Tokyo, with a four octave vocal range. She is most well known for her vocal performances in Gust-produced video games such as the Ar tonelico series and Atelier Iris 3: Grand Phantasm. She has also performed in various Japanese television advertisements and events, theater, and children's programmes. Her debut album Haruka naru Toki no Utagoe was released January 2008. 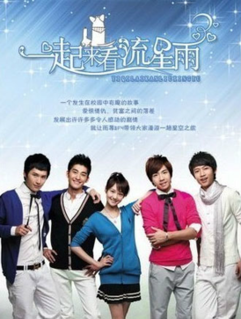 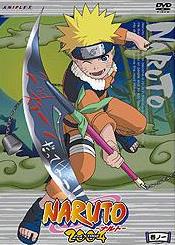 The second season from the anime series Naruto is directed by Hayato Date, and produced by Studio Pierrot and TV Tokyo. Based on Masashi Kishimoto's manga series, the season follows Naruto Uzumaki succeeding the Chūnin Exams only to discover the invasion of the Leaf Village.

The third season of the Naruto anime series, titled "3rd Stage" in Japan, is directed by Hayato Date, and produced by Studio Pierrot and TV Tokyo. Based on Masashi Kishimoto's manga series, the season follows Sasuke Uchiha joining up with Orochimaru after Tsunade becomes the Fifth Hokage. The season aired from September 15, 2004 to June 29, 2005 on TV Tokyo.

Shake It Paradise is the first studio album of Japanese singer Toshinobu Kubota, released on September 10, 1986. Under the label, Kubota released his first single, "Shitsui no Downtown" in June 1986, followed by "Time" in December. Both songs were well received by radio, placing fifty-three and thirty-five on the Oricon Singles Chart. "Shake It Paradise" peaked at number twenty-two and remained on the Oricon Albums Chart for seven consecutive weeks. Shake It Paradise became certified platinum.

"Boku wa Pegasus Kimi wa Polaris" is a song recorded by Japanese singer Misia for her eleventh studio album New Morning. It was released as the album's second single by Ariola Japan on February 5, 2014. The title track was released digitally and serviced to radio two weeks prior, on January 22, 2014. It is the theme song to the TBS drama series S Saigo no Keikan, starring Osamu Mukai and Gō Ayano. Misia first performed "Boku wa Pegasus Kimi wa Polaris" on January 18, 2014 at Nippon Budokan during the Hoshizora no Live VII concert tour.

Miho Komatsu 6th : Hanano is the sixth studio album of Japanese singer and songwriter Miho Komatsu. It was released on 25 September 2003 through Giza Studio label.

Parade is the seventeenth studio album by Japanese pop band Deen. It was released on 9 August 2017 under the Epic Records Japan label.

Meteor Garden is a 2018 mainland Chinese television series starring Shen Yue, Dylan Wang, Darren Chen, Caesar Wu, and Connor Leong. The series is based on the Japanese shōjo manga series Boys Over Flowers written by Yoko Kamio, and a remake of the 2001 Taiwanese series of the same name. The series is produced by the maker of the original Taiwanese series Angie Chai and directed by Lin Helong. It is set in Shanghai and London.

Masao Akashi is a Japanese musical arranger in distributors Being Inc., mainly in their label B-Gram Records. 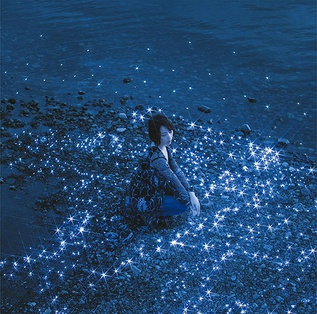 "Ryūsei" is a song by Japanese pop singer Eir Aoi. It was released digitally on April 22, 2018, and received a physical release together with the song "Yakusoku" on June 13, 2018 as her fourteenth single. It reached number 8 on Oricon and number 10 on Japan Hot 100. It was used as the opening theme song of anime series Sword Art Online Alternative Gun Gale Online. The single also mark her return from her hiatus, and also mark as her first double A-side single.

Suo Pavlichenko is a fictional character introduced in the anime series Darker than Black: Gemini of the Meteor. A young teenage girl, Suo is an upbeat Eurassian photographer who lives alongside her father while aiming to protect her twin brother, Shion, who is a Contractor, a human with supernatural powers. One day, the Pavlichenko family is attacked by the assassin Hei who wants a piece of a meteor Shion is hiding but ends up taking her under his hand during a mayhem caused by Section 3 who also seek Shion. Despite hating Hei, Suo goes along with his plans and soon ends up awakening her own powers. The character has also appeared in the video game Heroes Phantasia.