"Salve a ti, Nicaragua" is the Nicaraguan national anthem. It was approved October 20, 1939, and officially adopted August 25, 1971. The lyrics were written by Salomón Ibarra Mayorga, and the musical arrangement is by Luis A. Delgadillo.

Umberto Antonio Tozzi is an Italian pop and rock singer and composer. Over the course of his career, he has sold over 70 million records in different languages internationally, and his biggest international hits are: "Claridad", "Gloria", "Tu" and "Ti Amo".

Éxitos is a 2000 greatest hits album by the Mexican pop singer Fey.

Benito Ibarra de Llano known as Benny Ibarra is a Mexican singer, musician, producer and actor. He was born into a family of artists. His mother, Julissa, was a singer and actress in the 1960s; and his father, Benny, an actor and 1960s rock singer in the Mexican band Los Yaki. His brother, Alejandro Ibarra, is a singer and actor. 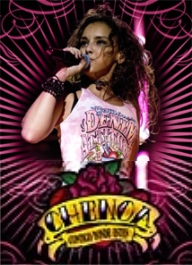 Contigo Donde Estés is a Live DVD+CD based on the Chenoa's 2006 Nada Es Igual Tour. The DVD is filmed at the successful concert that the artist performs at the Coliseu Balear of Palma de Mallorca on 16 September 2006. It also contains a tour documentary, a 10 minutes gallery of Chenoa photos and the video-clip of her song "Donde Estés", last single of her album Nada Es Igual and the only one from this DVD. It is Gold in Spain.

Giuseppa Marcella Bella is an Italian singer. Her brothers Antonio and Salvatore Bella are famous musicians, and her brother Gianni Bella is another popular singer-songwriter who has composed several songs for her.

Luis Miguel: 20 Años is a VHS Video from the Mexican singer Luis Miguel. It was recorded in 1991 during the presentations of the artist with the Gira 20 Años by various places in Mexico after the release of his last album 20 Años.

Donato y Estefano is a Latin pop duo formed by the collaboration of Fabio Alfonso Salgado ("Estefano"), a native of Cali, Colombia, and Donato Poveda of Havana, Cuba. Donato y Estefano were nominated twice for Pop Group of the Year at the 8th and 9th Lo Nuestro Awards.

El Tiempo is the second album by Mexican singer Benny Ibarra. It was released in late 1994 and was a success record due to the hit songs "Sin Ti" and "Cielo". It earned a platinum record for 150,000 copies sold in Mexico.

This is the first Greatest Hits from Benny Ibarra. New songs and versions were included. It was certified as Gold Record. A limited edition included a DVD with 9 videos.

Cielo is a compilation album released by Benny Ibarra in 2003. 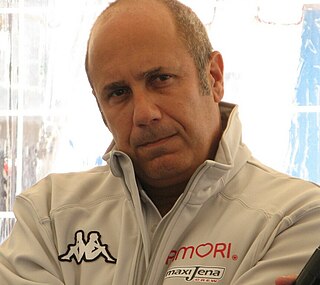 Federico Moccia is an Italian writer, screenwriter and film director. His father Giuseppe Moccia was also a screenwriter and director. Following his successful book and film I Want You many people put love padlocks on Ponte Milvio in Rome and other places around the world. From 2011 he is the mayor of the village Rosello (Abruzzo)

Il cielo in una stanza is an album by Italian singer Mina, issued in 1960. It was published on CD in 1992 and re-issued in 2009 in a new vinyl version by label Carosello.

En ti is the debut album of Latin Christian music duo Tercer Cielo, the album was recorded between ???? and 2000 with the record label Estribillo Music, an independent Christian label.

Historia de amor is the first compilation album of the duet of contemporary Christian music Tercer Cielo. The album was released in 2009 of independent form. The compilation contains songs of all the studio albums of the duet published from the 2000 until the 2008: En ti (2000), Tercer Cielo (2002), Ahora tengo más (2005), Llueve (2007) and Hollywood (2008).