Ti Saddhya Kay Karte (English: What Is She Up To These Days) is a 2017 Marathi language romantic drama film which is produced by Zee Studios and directed by Satish Rajwade. [3] It stars Ankush Chaudhari and Tejashree Pradhan in lead roles. [4] Abhinay Berde, son of actor Lakshmikant Berde, and Aarya Ambekar play younger versions of characters played by Ankush and Tejashree. [5] The movie had its theatrical release on 6 January 2017. [6]

Ti Saddhya Kay Karte's trailer is attached with Aamir Khan's Dangal will be released in cinemas in Maharashtra. [7]

Now grown up, middle aged, Anurag wonders about his first love Tanvi, whom he hasn't seen in years. He wants to confess his love for her, in college. But they have a small quarrel where he yells at her. She moves to Delhi and then to Boston. They marry different people. He names his daughter after her. She comes to visit him after many years. They meet and he apologizes for his behaviour in college. They part after making a promise to stay friends and in touch. [8]

The songs for the film were composed by various artists like Nilesh Moharir, Avinash-Vishwajeet and Mandar Aapte. [10]

Cinema of India consists of films produced in India, where more than 1800 movies are produced annually. Major centres of film production in the country include Mumbai, Chennai, Hyderabad, Kolkata, New Delhi, Amritsar, Kochi, Bangalore, Bhubaneswar-Cuttack, and Guwahati. For a number of years the Indian film industry has ranked first in the world in terms of annual film output. In terms of box office it ranked third in 2019, with total gross of around US$2.7 billion. 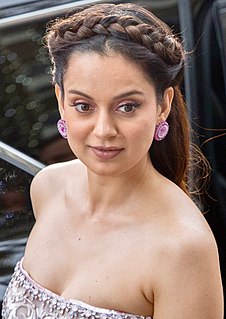 Kangna Amardeep Ranaut is an Indian actress and filmmaker who works in Hindi films. Known for her work in female-led films, she is the recipient of several awards, including four National Film Awards and five Filmfare Awards, and has featured six times in Forbes India's Celebrity 100 list. In 2020, the Government of India honoured her with the Padma Shri, the country's fourth-highest civilian award. 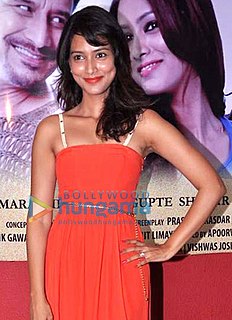 Pallavii Subhash Shirke is an Indian actress. A model turned actress, she began her career in Marathi plays, films and TV shows and later appeared in Hindi TV shows. She has worked in various Telugu, Kannada, and Marathi films along with a Sri Lankan (Sinhala) film as well. She is known for her roles as Dharma in the television show Chakravartin Ashoka Samrat (2015-2016), and as Yasodhara - the wife of Prince Siddhartha - in the film Bimba Devi Alias Yashodhara (2018).

Aarya Ambekar is a Marathi playback singer and actor from Pune, Maharashtra. She participated and reached the finals of the first season of Sa Re Ga Ma Pa Marathi L'il Champs aired on Zee Marathi channel between July 2008 and February 2009. Aarya has made her acting debut in January 2017 through the film Ti Saddhya Kay Karte. 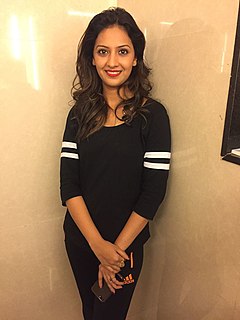 Tejashri Pradhan is an Indian television and film actress who has appeared in multiple Marathi films and television serials. She is better known as Shubhra and Janhvi from the Zee Marathi television serials Aggabai Sasubai (2019) and Honar Sun Mi Hya Gharchi (2013), respectively. Pradhan also did voice-overs for a mobile application named Go-stories which features various Marathi stories. She has also appeared in a YouTube video Uncomfortable and been a speaker at TED Talks.

Zee Studios is a film production and distribution studio established in 2012, as a subsidiary of Zee Entertainment Enterprises Limited. Known to include a library of productions under its predecessor banners Zee Motion Pictures and Zee Limelight, it operates as a cinematic content engine with a presence in feature film production, distribution, international distribution, promotion, advertising and revenue generating streams. 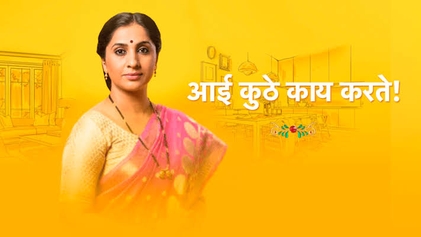 Aai Kuthe Kay Karte! is an Indian Marathi language drama which airs on Star Pravah. It is based on the Bengali series Sreemoyee on Star Jalsha. The show premiered on 23 December 2019 and stars Madhurani Gokhale Prabhulkar in titular role of Arundhati. It is also digitally available on Star Media's OTT platform Disney+ Hotstar. The show is produced by Rajan Shahi's Director's Kut Productions. 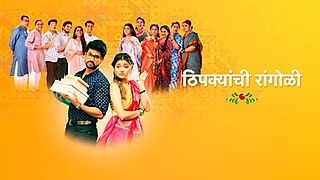 Thipkyanchi Rangoli is an Indian Marathi language drama television series directed by Girish Vasaikar. It was broadcast on Star Pravah from 4 October 2021. It stars Dnyanada Ramtirthkar and Chetan Vadnere in lead roles. 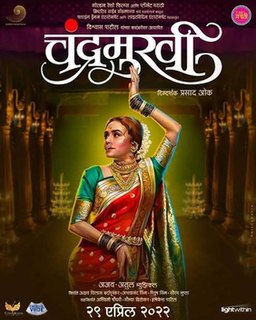 Chandramukhi is a 2022 Indian Marathi language musical romantic drama film written by Chinmay Mandlekar and directed by Prasad Oak, produced under Planet Marathi, Golden Ratio Films, Flying Dragon Entertainment & Creative Vibe. Based on a novel of the same name, written by Vishwas Patil, the film follows an intense musical love story between leading Tamasha singer and dancer Chandra and a rising politician Daulat and its repercussions. The film features Amruta Khanvilkar in the titular role alongside Adinath Kothare and Mrunmayee Deshpande. The songs were composed by the duo Ajay–Atul.