Tia-Clair Toomey-Orr (born 22 July 1993) [3] is an Australian weightlifter and CrossFit Games athlete. She is the most dominant athlete at the CrossFit Games, having won six times at the competition. She also won the gold medal in the women's 58 kg (128 lb) event at the 2018 Commonwealth Games in the Gold Coast.

Tia-Clair Toomey was born on 22 July 1993 to Debbi and Brendon Toomey in Nambour, Queensland, Australia, the eldest of three girls. [5] [6] She grew up in Dunethin Rock along the Maroochy River on the Sunshine Coast, where her parents worked on a cane farm. [6] She attended a primary school in North Arm, Queensland. When she was 12, the family moved to Weipa after the sugarcane mill closed. She studied at Western Cape College in Weipa, and then boarded at the Townsville Grammar School in Townsville in 2009. [7] After finishing school in 2011, she went to study nursing at Queensland University of Technology in Brisbane. However, she left after six months and moved to Gladstone to be with her future husband Shane Orr. [5] There she worked for a time as a dental assistant, and then as a lab technician at a Rio Tinto facility. [8] [9]

Toomey competed in athletics while she was at school as a runner. [8] When she was in Gladstone, she focused on 400m hurdling, and was introduced to CrossFit by Shane Orr who had used it to supplement his training while he was playing for Gladstone Rugby Union. [10] Although she was initially reluctant, she became involved in the sport and started participating in CrossFit competitions soon after in 2013. [8] [11] She learned the basics of weightlifting through her CrossFit classes. [12]

At the 2016 CrossFit Games, the women's competition was tightly fought between Davíðsdóttir and Toomey, but Toomey was again placed second after Davíðsdóttir managed to hold off a strong challenge from Toomey to win a second time. [15]

The 2017 CrossFit Games was again a close-fought competition, this time between Toomey and fellow Australian Kara Webb. Significantly, Webb was penalized after a judging error which resulted in dropped points for Webb in the penultimate event. Toomey won her first Games in a tight finish, beating Webb by only two points. [16]

At the 2018 Games, Toomey won convincingly with a 64-point lead over second-place Laura Horvath. [17] The following year in the 2019 Games, she won with a large margin of 195 points over Kristin Holte, and became the first woman to win three CrossFit Games. [18] [19]

In 2020, Toomey extended her record to four consecutive wins. Her performance in 2020 was the most dominant display ever by a female CrossFit athlete at the Games, winning 9 of the 12 events in the final stage at the Games, with a margin of victory of 360 points over Katrín Davíðsdóttir. [20]

Toomey further extended the number of titles won to five at the 2021 CrossFit Games with another dominant display, winning 9 out of 15 events at the Games and setting a record score of 1,435. The five wins equalled the record set by Mat Fraser, and she also broke Fraser's record of 29 total event wins by setting a new record of 33 event wins. [21]

Toomey lifted her then-personal best 85 kg (187 lb) clean and jerk at a CrossFit competition in September 2013 after training for only 6 months, [8] and her performance caught the attention of the weightlifting coach Miles Wydall. He later offered to coach Toomey on weightlifting and encouraged Toomey to try to get to the Rio Olympics representing Australia. After just 18 months of serious weightlifting training, she qualified for the Olympics when she finished third at the 2016 Oceania Weightlifting Championships with a combined lift of 194 kg (428 lb). [23] In the Olympic weightlifting competition at the 2016 Summer Olympics, she competed in the Women's 58 kg division, but missed her personal best by 5 kg (11 lb) and finished 14th. [24] [25]

In December 2020, Toomey announced her plan to train with the Australian bobsleigh team and try to qualify for the 2022 Winter Olympics to be held in China. [26] In her first bobsled competition in South Korea in February 2021, she won two races as brakewoman in a two-woman bobsled team. [27] Her team qualified for the Winter Olympic in January 2022, [28] however, they were not selected for the Australian team due to regulations that the new event monobob and the 2-woman team must have the same driver, and the monobob driver Bree Walker was favoured and chosen. [29] [30]

Toomey met her husband and coach, Shane Orr, while she was still in high school and they were both participating in a local triathlon event in Weipa, [32] [33] later introduced to each other at a fishing competition. [7] They married in 2017. [2] They owned a gym in Gladstone, [11] which they sold in early 2019 after they moved to Cookeville, Tennessee in early October 2018 to train at Rich Froning's gym CrossFit Mayhem. [34] Multiple CrossFit Games male champion, Mat Fraser, then trained with them in Cookeville and Shane coached both of them in preparation for the 2019 and 2020 CrossFit Games. [35] [36] [37] She moved in 2021 to Nashville, Tennessee used as a base for PRVN Fitness training camp where her husband is head coach. [38] [39]

She appeared in a Super Bowl LV commercial along with fellow CrossFitter Josh Bridges. [40]

Anníe Mist Þórisdóttir is a professional CrossFit athlete from Reykjavík, Iceland. She is the co-owner of Crossfit Reykjavik, where she also coaches and trains.

The CrossFit Games is an annual athletic competition owned and operated by CrossFit, LLC. Athletes compete in a series of events at the Games, which may be various standard CrossFit workouts consisting of metabolic conditioning exercises, weightlifting, and gymnastics movements, as well as a range of activities from other sports such as swimming and cycling. The events generally are not revealed before the Games, can include unexpected elements to challenge the athletes' readiness to compete, and they are designed to test the athletes' fitness using CrossFit's own criteria. Winners of the CrossFit Games earn cash prizes and the title of "Fittest on Earth."

The 2015 CrossFit Games were the ninth CrossFit Games, which were held on July 21–26, 2015 at the StubHub Center in Carson, California. Ben Smith was the men's winner, and Katrin Davidsdottir was the women's winner. The Affiliate Cup was won by CrossFit Mayhem Freedom from Cookeville, Tennessee, captained by four-time individual men's champion Rich Froning Jr. who moved to team competition this year.

Katrín Tanja Davíðsdóttir is an Icelandic CrossFit athlete known for her eight appearances at the CrossFit Games. She is the women's champion of the 2015 and 2016 CrossFit Games. Katrín is the second woman to repeat as champion, following in the footsteps of her countrywoman, 2011 and 2012 CrossFit Games champion Anníe Þórisdóttir.

Mathew Edward Fraser is a retired Canadian-American professional CrossFit athlete, competing from 2014 to 2020. Fraser is the first athlete to have won five CrossFit Games titles, winning the 2016, 2017, 2018, 2019, and 2020 CrossFit Games consecutively. He is widely considered to be the most dominant and successful individual male athlete in the sport of CrossFit.

The 2016 CrossFit Games were the tenth CrossFit Games held on July 19–24, 2016 at the StubHub Center in Carson, California and on a ranch in Aromas, California, United States. The men's competition was won by Mathew Fraser, the women's by Katrín Tanja Davíðsdóttir, and the Affiliate Cup was awarded to CrossFit Mayhem Freedom.

The 2017 CrossFit Games are the eleventh CrossFit Games and were held on August 3–6, 2017, at the Alliant Energy Center in Madison, Wisconsin, United States. This was the first Games held outside the state of California. The men's competition was won by Mathew Fraser, the women's by Tia-Clair Toomey, and Wasatch CrossFit won the Affiliate Cup. Fraser won $310,000 for his efforts and Toomey won $298,000 for her title, including bonus for event wins.

The 2018 CrossFit Games was the 12th CrossFit Games and held on August 1–5, 2018, at the Alliant Energy Center in Madison, Wisconsin, United States. The men's competition was won by Mathew Fraser, the women's by Tia-Clair Toomey, and CrossFit Mayhem Freedom won the Affiliate Cup.

The 2019 CrossFit Games was the 13th iteration of the annual competition in the sport CrossFit held from August 1–4, 2019, at the Alliant Energy Center in Madison, Wisconsin, United States. The men's competition was won by Mat Fraser, the women's by Tia-Clair Toomey, and CrossFit Mayhem Freedom won the Team competition, all of whom also won the 2018 games. 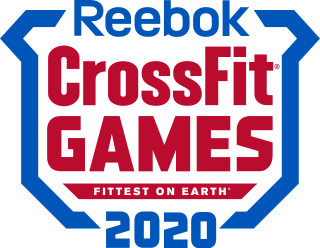 The 2020 CrossFit Games was the 14th CrossFit Games held on October 23–25, 2020, at the CrossFit Ranch in Aromas, California, United States. Mathew Fraser and Tia-Clair Toomey were again the respective winners of this year's men and women competitions 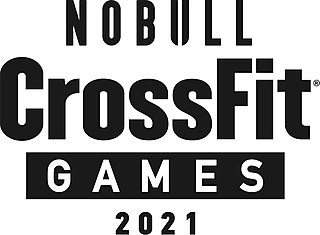 The 2021 CrossFit Games was the 15th edition of the CrossFit Games held from July 27 to August 1, 2021. Justin Medeiros won the men's competition, Tia-Clair Toomey the women's, and CrossFit Mayhem the team's.

Brent Fikowski is a Canadian CrossFit athlete known for his six appearances at the CrossFit Games. He finished second behind Mat Fraser at the 2017 Crossfit Games, and third in 2021.

Justin Medeiros is an American professional CrossFit athlete. He is the winner of the 2021 and 2022 CrossFit Games.

The Rogue Invitational is an annual sporting event that includes a CrossFit competition and a strongman competition. The event, organized by Rogue, started in 2019 as an event sanctioned by CrossFit, but has since become a major competition for CrossFit athletes. A contest for strongmen that featured the largest prize purse in the history of strongman competition was added in 2021.

The 2022 CrossFit Games is the 16th iteration of the annual competition in the sport of CrossFit scheduled to be held from August 3 to August 7, 2022, in Madison, Wisconsin. Both Justin Medeiros and Tia-Clair Toomey repeated their 2021 win in their respective men's and women's competitions, while CrossFit Mayhem Freedom won the team competition.